Notes: Damarious Randall ruled out for Monday night with concussion 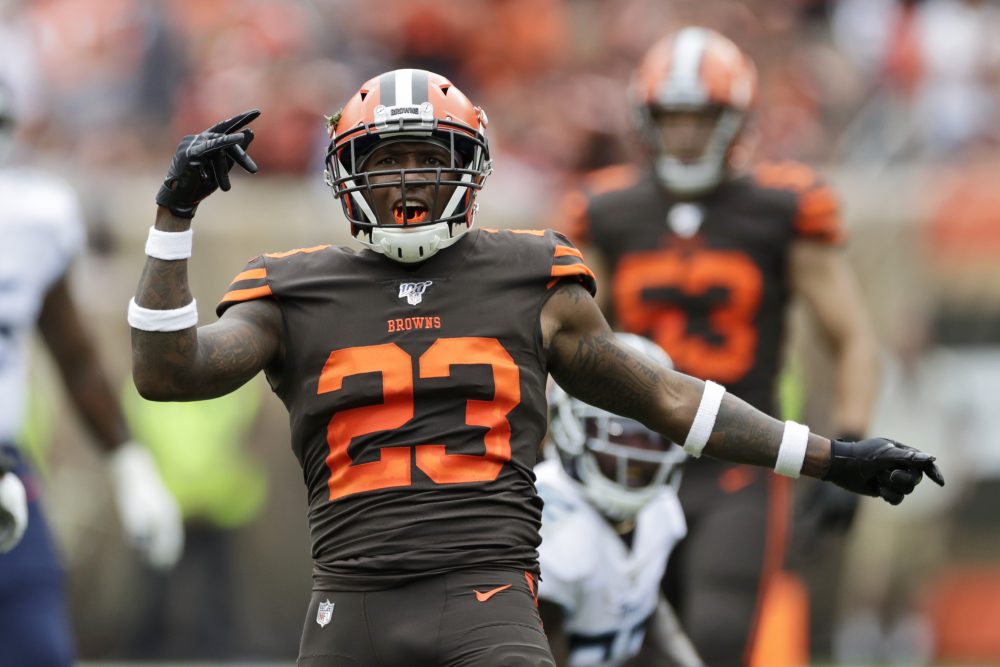 Randall was ruled out Saturday for the game Monday night against the Jets with a concussion. He practiced fully Thursday and Friday but reported to the team facility Saturday with concussion-like symptoms.

Eric Murray, acquired from the Chiefs on April 1 in a trade for defensive end Emmanuel Ogbah, is expected to replace Randall in the starting lineup.

Randall said Thursday he wouldn’t speak with Williams, who was his coordinator with the Browns last year, Monday because he has “a lot of hate” for him.

Rookie fifth-round pick Mack Wilson will take his place as the starter on the strong side in the base defense, getting the call ahead of third-round rookie Sione Takitaki, who just returned to health after missing a couple of weeks with a hamstring injury.

For the Jets, linebacker C.J. Mosley (ankle) and defensive tackle Quinnen Williams (ankle) were ruled out. Mosley is the Jets’ best defender, and Williams was the No. 3 pick in the draft.

Defensive lineman Chris Smith is turning to football to help get through his heartbreaking personal tragedy.

He returned to the team facility Saturday and was a full participant in practice three days after his girlfriend, Petara Cordero, was killed in a traffic accident. A decision hadn’t been made whether he would play Monday and he was officially listed as questionable on the injury report.

“God has a plan for all of us we can’t understand but she is in a better place now and she can rest easy,” he wrote on Instagram. “My wifey my best friend and the mother of my beautiful daughter. Love you baby. #StayStrong #RIPMyLove”

Cordero, 26, gave birth to their daughter last month. She was killed early Wednesday morning when she was struck by a car while standing on the shoulder of I-90 west after Smith’s car had a tire blow out.

The slew of 15-yard penalties in the 43-13 loss to the Titans was costly to the Browns on the field — and to the players in their bank accounts.

Defensive tackle Devaroe Lawrence was fined $28,075 for verbal abuse directed at an official. He told The Chronicle-Telegram he swore at an official after the official swore at him.

Titans running back Derrick Henry was fined $10,527 for unnecessary roughness for grabbing a face mask.