Analysis: Browns still have long way to go, but win over Jets is necessary first step 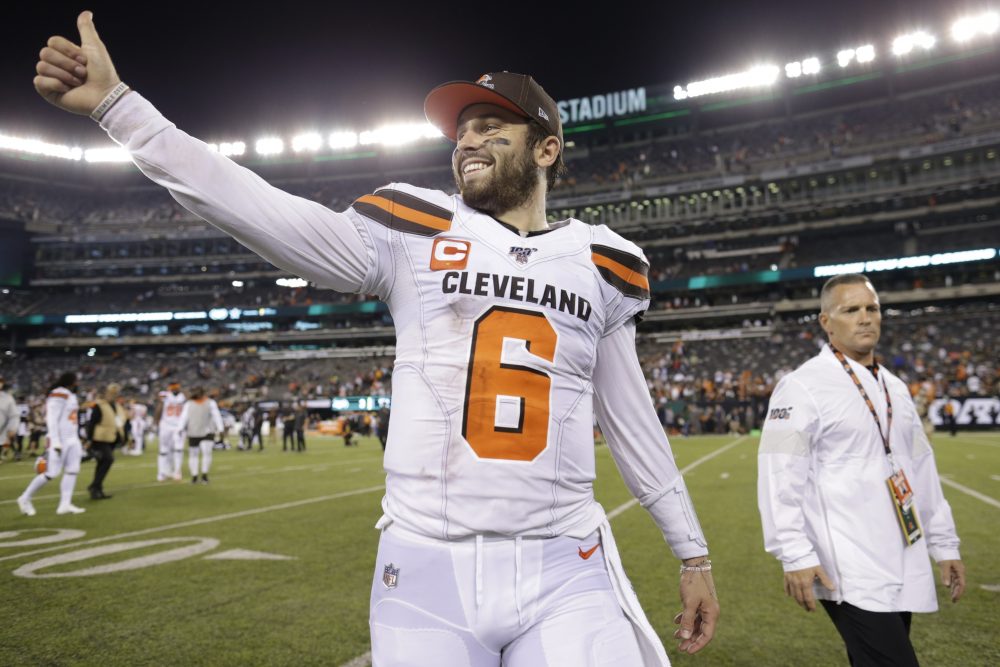 The Browns aren’t close to being what they want to be.

At least the team’s biggest stars were saying this after a victory.

The Browns were better Monday night in the 23-3 win over the New York Jets at MetLife Stadium. Then again, they couldn’t have been much worse than in the 43-13 opening loss to the Titans.

The improvement was necessary if they’re going to make a run at the playoffs as many expected when the season began just nine days ago. So was the win, as they avoided the 0-2 start that’s so often too much for teams to overcome.

Beckham had the type of game general manager John Dorsey envisioned when he traded for the dynamic playmaker in March. The offensive line didn’t let Mayfield take a beating. The defensive line began to play like a dominant force. Play caller Freddie Kitchens, who got his first win as head coach, got the ball to running back Nick Chubb 22 times, which isn’t enough but was a step in the right direction.

The problems didn’t all disappear.

For the second straight week Mayfield looked hesitant. Defensive coordinators have done a good job early in the season of creating doubt in his mind, and he must figure out a way to see the game clearer.

His prized accuracy has surprisingly become hit-or-miss. He misfired on three fourth-quarter interceptions in the opener, then went 19-for-35 (54 percent) against the Jets with an interception.

The offense as a whole can’t sustain a rhythm.

The 89-yard catch-and-run by Beckham finally put away the game late in the third quarter against the severely undermanned Jets and skewed the statistics for Mayfield and the entire unit. Through two games, the Browns have converted only five of 23 third downs.

Penalties again were an issue. The number dropped from a ridiculous 18 to a troubling nine but included a pair of 15-yard roughing the passers on defensive end Myles Garrett.

His five sacks lead the league and give him the early edge for the Defensive Player of the Year award he covets. His three 15-yard flags are turning off voters.

The Browns still have a long way to go to fulfill their potential and reach their goals. But they have time, and the talent, to get there. And they proved Monday night they can rebound from a disaster and win when not at their best.

The victory over the Jets allows Kitchens and Co. to take a breath. Yes, the toughest part of the schedule starts Sunday night with a visit from the Rams — the next five opponents are all 2-0 — but if the Browns can hang around .500 and show steady improvement, they know a run is probable when the calendar flips to November.

The national spotlight and scrutiny aren’t going away. The Browns are in prime time again two of the next three weeks. In the meantime, their underwhelming start will be picked apart by anyone paid to have a hot take.

The Browns must ignore the discussion and look inward. They must realize they haven’t arrived and commit to putting in the work.

It’s a long season with plenty of time to grow. Securing the first victory is the first step in the right direction.

“Consistency for us is the goal right now,” Mayfield said. “We’re just scratching the surface.”