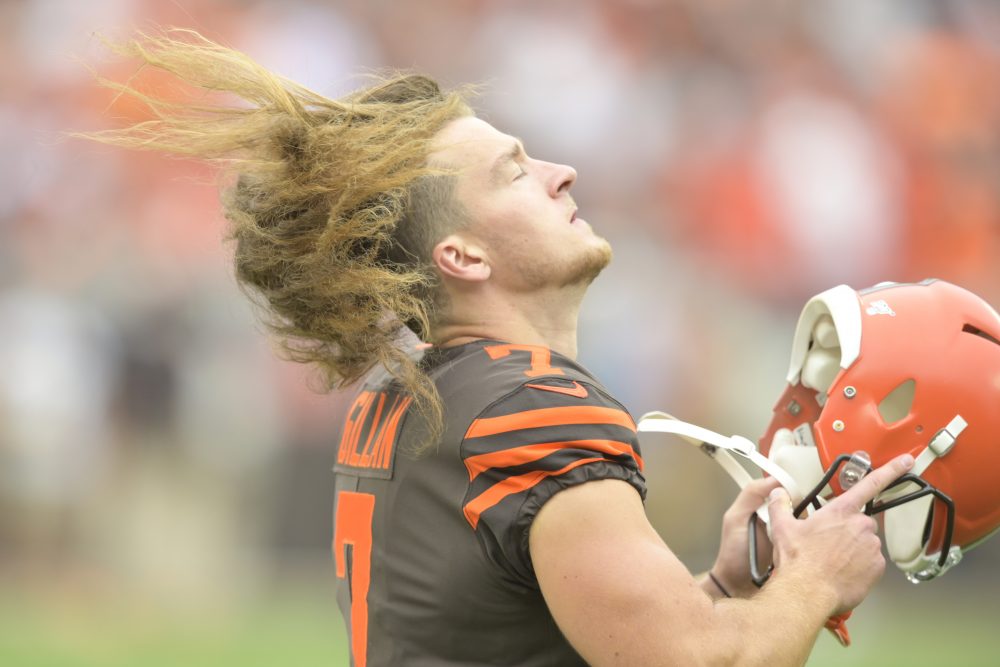 The Scottish Hammer has nailed his transition to the NFL.

Gillan punted six times Monday night in a 23-3 win over the Jets, landing a league-high five inside the 20-yard line. The Jets returned just one of the punts for 5 yards.

Gillan has punted 11 times in two games, with only one returned. He’s dropped eight inside the 20.

Gillan, an undrafted rookie out of Arkansas at Pine Bluff, beat out veteran Britton Colquitt for a roster spot in the preseason.

Spencer Lanning in 2013 was Cleveland’s last punter to win the weekly award.