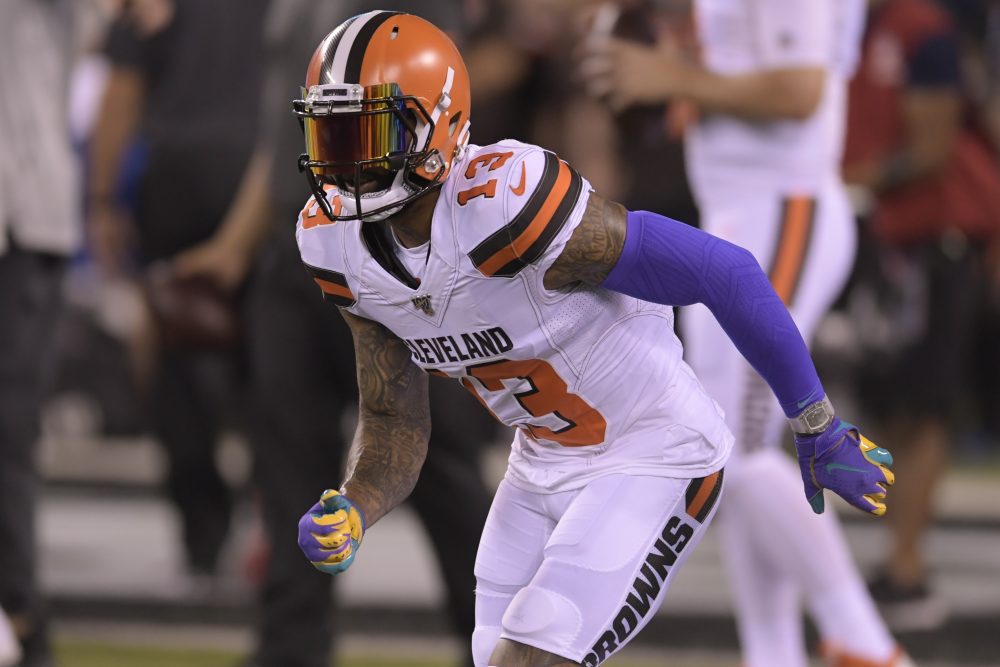 Watch manufacturer Daniel Wellington announced Beckham on Wednesday as “our new icon” in a short video released on Twitter.

The announcement came after a week of headlines involving Beckham wearing a Richard Mille watch during the Browns’ season-opening loss to the Titans.

“There’s always a method to the madness,” he said Wednesday after practice. “It’s a partnership with Daniel Wellington, I’m very happy to do that.

“But again the watch topic, I’m going to leave it alone from now on. I’m just strictly on football. Now you know Daniel Wellington, so that’s just the bottom line. I’m not talking about watches anymore.”

Beckham drew a rebuke from the NFL for wearing a $189,500 Richard Mille watch against the Titans. The league said wearing a watch is prohibited as a safety measure.

Beckham said he felt singled out by the league and would continue to wear it if he wanted.

He wore a different watch in pregame Monday night before the victory over the Jets — there were conflicting reports whether it was another Richard Mille edition that cost $2 million — but took it off for the game.

He previewed the Wellington announcement in his news conference Monday after the game.

“I think Daniel Wellington might be a better watch than these, a little classier, not as flashy as this one,” he said. “I’m just blessed.”