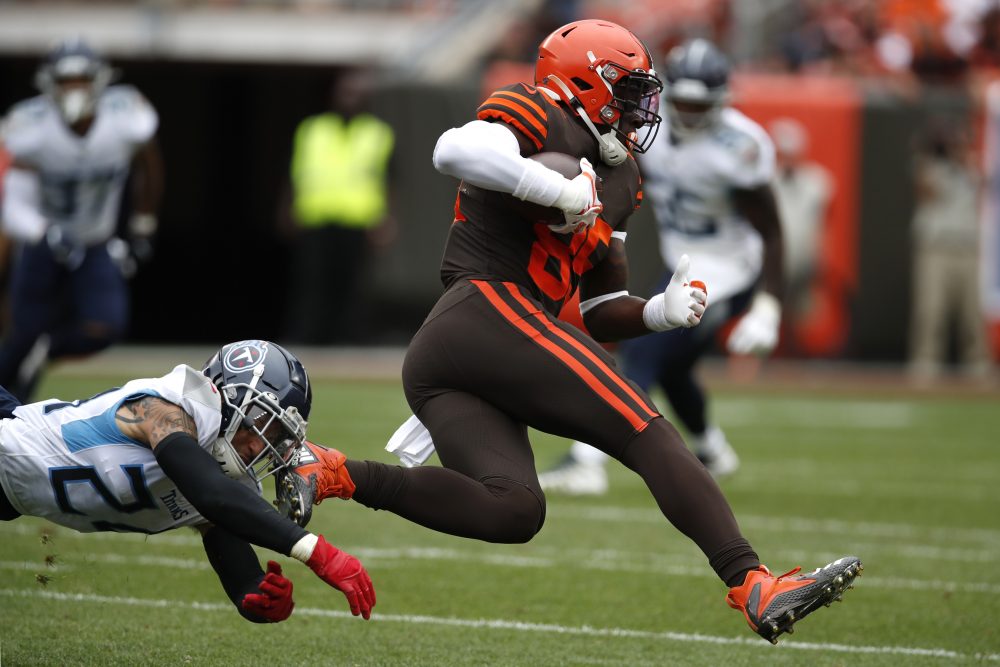 Not only did starting tight end David Njoku suffer a concussion, he broke a wrist, a league source confirmed to The Chronicle-Telegram on Wednesday night.

Njoku leaped to catch a pass from Baker Mayfield and was hit low by Jets cornerback Nate Hairston in the first quarter of Cleveland’s 23-3 win. Njoku stuck out his right arm to break the fall just before his helmet hit the turf and his neck jammed from the impact.

He didn’t practice Wednesday and is undergoing further evaluation to determine the severity of the break and how to proceed, including whether surgery is required.

NFL Network reported Njoku is expected to miss more than a month.

The Browns offense has struggled out of the gate, and Njoku’s absence wouldn’t help.

Demetrius Harris would move into the starting role, with Pharaoh Brown and Ricky Seals-Jones also moving up the depth chart. A roster move would be likely, possibly promoting undrafted rookie Stephen Carlson from the practice squad.

Harris has one catch for 4 yards in his first two games since signing as a free agent in March. He started 33 games in five years with the Chiefs as the backup to Pro Bowler Travis Kelce.

Njoku had four catches for 37 yards and a touchdown in the opener. He was the No. 29 pick in 2017 and had 56 catches for 639 yards and four touchdowns last season.