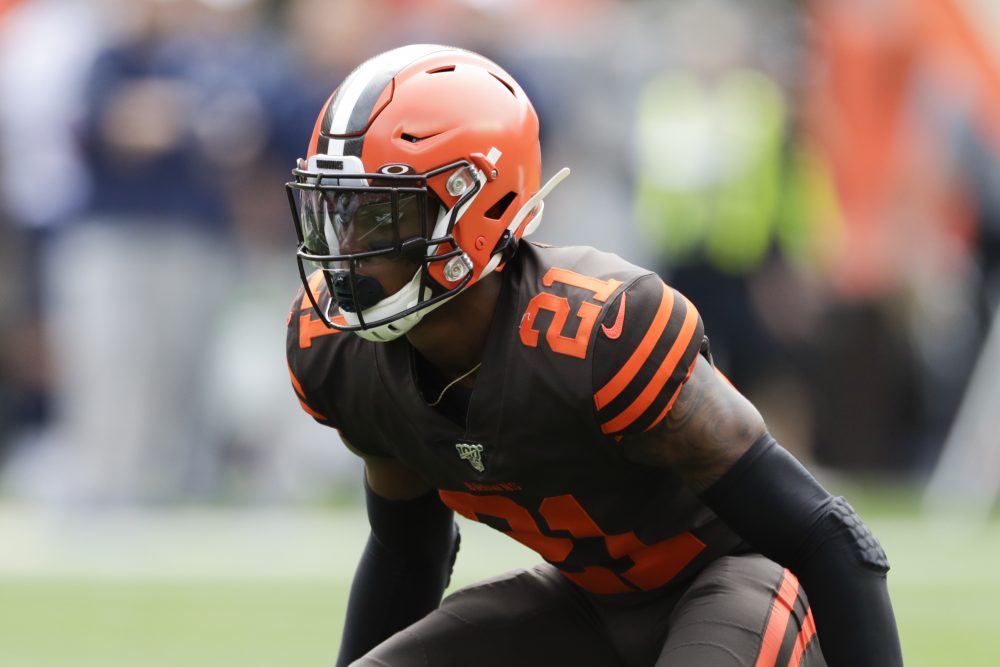 BEREA — The injuries ravaging the Browns have descended on the cornerback position.

Starters Denzel Ward and Greedy Williams didn’t practice Friday after appearing on the injury report Thursday with hamstrings. They worked on the sideline with the athletic training staff during the 20 minutes open to the media.

They were listed as questionable on the official injury report, and the final decisions on their availability will be made before the Sunday night game against the Rams at FirstEnergy Stadium.

In a signal that at least one of them likely won’t be able to play, the Browns promoted cornerback Robert Jackson from the practice squad Friday morning. Jackson (6-foot-2) spent training camp and the preseason with the Browns.

Kirksey and Njoku are candidates for surgery, but coach Freddie Kitchens didn’t have an update.

Higgins, Taylor and Redwine were limited in practice.

The Browns could be without their entire starting secondary of Ward, Williams, Burnett and Randall. Burnett left the win against the Jets on Monday night and didn’t practice all week, but his experience as a 10-year veteran gives him the chance to play.

If none of the starters can play, the Browns would likely go with Terrance Mitchell and TJ Carrie at cornerback and Jermaine Whitehead and Eric Murray at safety. Cornerback Tavierre Thomas and Redwine would also likely see playing time.

All these injuries come with the Rams and their high-powered offense headed to town. They have former No. 1 pick Jared Goff at quarterback and a dynamic receiving trio in Robert Woods, Brandin Cooks and Cooper Kupp.

Hubbard didn’t practice all week and was in a walking boot Thursday but wasn’t ruled out. Justin McCray would start in his place.

Smith didn’t practice all week after the death of his girlfriend in a traffic accident last week. Her memorial service was this week.

Kitchens said Smith will be back for the game but wanted to talk to him before determining if he’ll play. Smith played against the Jets.