Notes: Freddie Kitchens insists “expectations have not changed” despite rash of key injuries 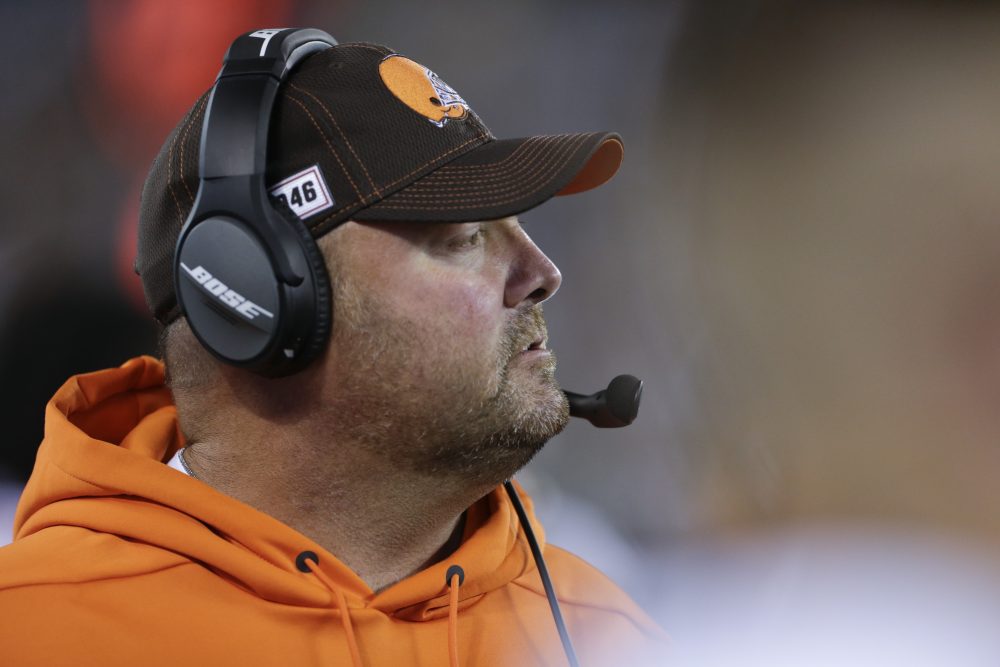 The Browns (1-1) were scrambling for healthy bodies Friday, but coach Freddie Kitchens wasn’t conceding anything with the Rams (2-0) heading to town for a Sunday night matchup.

“Listen, I expect us to show up and play well,” he said. “Those expectations have not changed, and they will not ever change. I just need 11 on each side of the ball to show up and play. I think the guys we are taking to the game will do that, and we will see.”

The injuries reach across the roster, but the defense took the majority of the hits, particularly the secondary.

General manager John Dorsey promoted cornerback Robert Jackson from the practice squad and claimed safety Juston Burris off waivers from the Raiders. Both were with the team in training camp.

If none of the starting defensive backs can play, the Browns would be expected to go with veterans Terrance Mitchell and TJ Carrie at cornerback and Jermaine Whitehead and Eric Murray at safety. Cornerback Tavierre Thomas and Redwine would also likely see playing time.

Rookie fifth-round pick Mack Wilson will start for Kirksey. Wilson missed practice Friday for personal reasons but is expected back.

The timing of the injuries is less than ideal as the Browns prepare to face the high-powered Rams. They have former No. 1 pick Jared Goff at quarterback and a dynamic receiving trio in Robert Woods, Brandin Cooks and Cooper Kupp.

“You learn a lot about your guys in your locker room, the guys who are going to have to step up and play really well in this game,” defensive tackle Larry Ogunjobi said. “To be honest, you look forward to it because a lot of those guys end up playing really well. I’ve seen the guys who are stepping in, I’ve seen them work hard, I’ve seen how they prepare, so I’m not really worried about that.”

Njoku must miss at least eight games after being placed on injured reserve with a broken wrist. He suffered the injury on the same play he sustained a concussion Monday night.

A decision hadn’t been made on whether he would have surgery to repair the wrist, a league source said.

Veteran Demetrius Harris, signed as a free agent in March, will step into the starting role.

Burris took Njoku’s spot on the roster. He was claimed off waivers from the Raiders and has played in 38 games.

The depth at safety will likely be tested, and those involved embrace the challenge.

“We’ve all been working together since OTAs, I think that’s a lot of things that people don’t see,” Murray said. “I worked with Damarious, I worked with Morgan and Jermaine all together, so we built that camaraderie within each other and in our group, so I think it’s going to be a smooth transition because we’ve all worked together before.”

Defensive coordinator Steve Wilks raves about Whitehead, who played every snap vs. the Jets with Randall out. He could play more strong safety, with Murray at free, if Burnett is out against the Rams.

“It’s times like these in my career when I’ve kind of been able to be that guy to keep everybody together and keep everybody going,” Whitehead said. “I ain’t looking down at any of my teammates. I’m expecting all of those guys to come out and execute. It’s my turn to be the leader, and I can’t wait to go out and do that.”

Defensive lineman Chris Smith didn’t practice this week, as he attended memorial services for girlfriend Petara Cordero, who was killed in a traffic accident last week.

Smith practiced once last week before playing against the Jets, and Kitchens wasn’t ready to say if he’ll face the Rams. He was listed as questionable.

“Chris is doing good. He should be back,” Kitchens said. “I am hesitant to say whether he is going to suit up or not. I would like to talk with Chris and see but, yes, Chris is doing well. It is a tough time period still for the family.”

** Pepsi is celebrating the return of “Sunday Night Football” to Cleveland after 11 years with the launch of a limited-edition, orange-colored “Believeland” Pepsi.