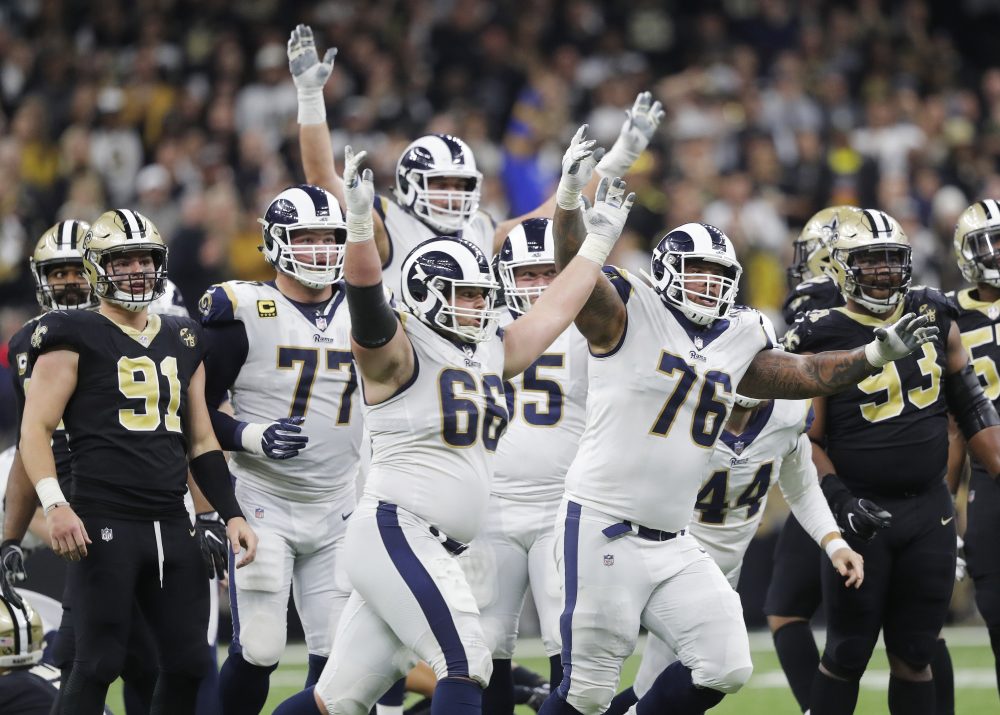 The explosive and imaginative offense designed by the head coach. The star-studded and well-rounded defense. The stellar special teams.

The double-digit-win seasons. The playoff appearances. The Super Bowl trip.

The Los Angeles Rams are what happens when hype and expectations are realized.

They are what the Browns are trying to become.

“They’re obviously a proven team, a proven winner,” middle linebacker Joe Schobert said. “You want to win these kind of games. It’s just a good litmus test for early in the season against a good, quality opponent who’s started the year off hot.”

The Browns entered the season with playoff expectations but are still trying to find themselves after a 1-1 start. As Cleveland searches for an identity and tries to establish itself in the upper echelon of the NFL, the Rams (2-0) come to town for the Browns’ first Sunday night game since 2008.

A recent rash of injuries could cloud the picture, but the matchup with the Rams should tell the Browns a lot about themselves.

“You want to go and see how you play against the best and they’re one of the best teams,” left guard Joel Bitonio said. “It’s going to be a challenge, because their offense does a lot of good things. They have a lot of tough looks for our defense and they have a lot of good players on their defense. They shut out New Orleans pretty good this past week, so it’ll be a challenge and we’ll be able to really measure where we’re at as a team.

The Rams start the most difficult stretch of the schedule for the Browns, a five-game meat-grinder of teams that have started 2-0. The Rams might be the most talented of the bunch, with 12 players who’ve been to the Pro Bowl.

The offense has been humming since coach Sean McVay was hired. He inherited the NFL’s worst scoring offense and immediately flipped it into the league’s best. The Rams lead the league with 1,005 points since he took over in 2017, including 22 games of at least 30 points. They hit 30 12 times last year, averaging 32.9 points a game.

“They have a lot of talent at a lot of different positions,” Schobert said. “They have a good offensive scheme, and they work together as a unit. It is definitely going to be a task for our defense to be able to limit them in what they want to do, but I think we are up for it.”

“Explosive offense,” safety Jermaine Whitehead said. “They want to keep it clean and pretty, and our job is to go out there and be dogs and play physical football and see if they can take a punch in the mouth.”

Former No. 1 pick Jared Goff is a quality quarterback surrounded by premium talent. Running back Todd Gurley led the NFL with 21 touchdowns last year and has averaged 5.33 yards a carry on 30 attempts this year. And they’re the only team in the league with three receivers with more than 100 yards — Robert Woods, Brandin Cooks and Cooper Kupp, who had five catches for 120 yards last week coming off reconstructive knee surgery.

Coach Freddie Kitchens said the diversity of the receiving corps makes it tough on a defense.

“They have guys that can win inside with option routes and choice routes. They do a great job schematically of setting rubs and picks for those guys to get them free and to get them open,” he said. “They have speed that can get down the field on you also. When you have any kind of combination like that, it is going to present problems for you because if you have speed, you want to be off coverage. If they are running inside routes and quick-type routes, then you need tighter coverage.”

If the Rams offense has a weakness, it’s the line that’s changed from last season. Left guard Joe Noteboom and center Brian Allen started the first games of their careers Week 1.

The strength of the Browns defense is the line, led by end Myles Garrett with a league-leading five sacks, and must exploit its advantage if the Browns are going to knock off the Rams in prime time.

“We have to pick up the rush and help those guys on the back end,” defensive tackle Larry Ogunjobi said.

The Browns should get a boost from the fans in their return to Sunday night action.

“It’s going to be awesome to have that here in the city, for sure,” said tight end Pharaoh Brown, a Lyndhurst native.

Center JC Tretter acknowledged the Rams will be a “great test” but didn’t want to put too much emphasis on a September game.

“Whatever way the game shakes out, we’re not going to be popping champagne bottles if we win, and we’re not going to have our heads down if we lose,” he said. “But it’ll be a good one-off look on where we stand against another really good team.”

The Browns placed tight end David Njoku and linebacker Christian Kirksey on injured reserve this week and have several other health concerns, but Kitchens won’t use that as an excuse.

“I will leave you with this, here is what I want: I want whoever is at the game to play with passion. I want our fans to come with passion because I promise you the guys that dress up are going to play to the best of their ability, and we will see what happens,” he said. “I want to play smart, I want to play fast and I want to play physical, whoever is on the team. I will roll with whoever is there. I think we have enough guys who are willing to go out and play well, prepare well and put everything out there for 60 minutes or however long it takes.”

Browns call Rams DT Aaron Donald “the best” and “a beast,” but JC Tretter wants teammates to remember he’s human and can be stopped
Clay Matthews “humbled and honored” by Ring of Honor induction, relishes connection with Cleveland