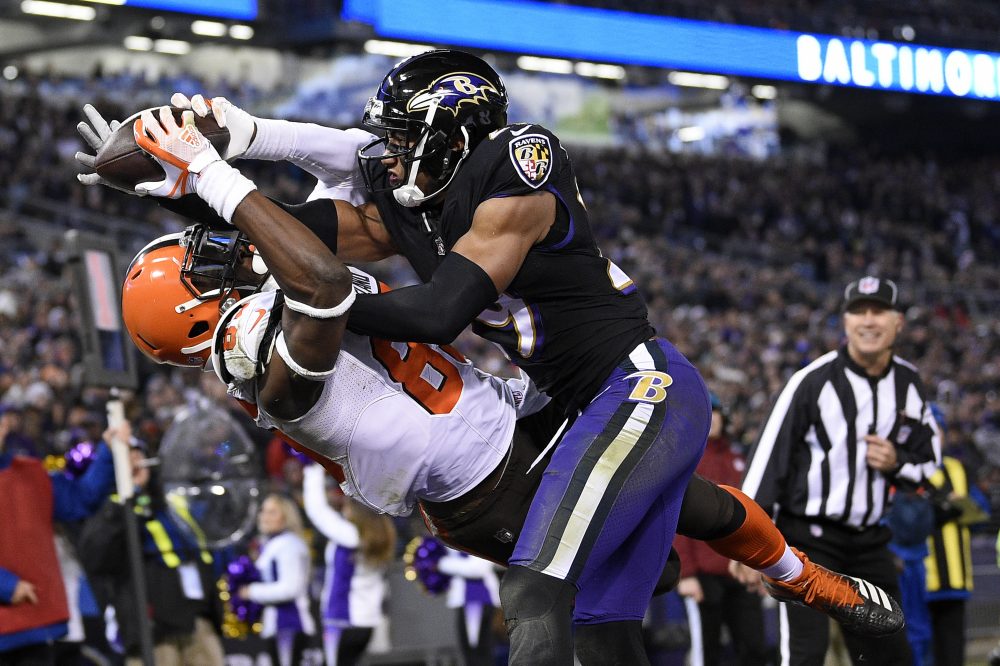 The Ravens are favored by seven points, and it’s easy to see why.

They’re 2-1, and their only loss was by five points at undefeated Kansas City.

They’re at home, where they have a loud crowd and a 10-1 record against the Browns under coach John Harbaugh.

They have the league’s top-rated offense, which is a combination of a power running game, designed runs by quarterback Lamar Jackson, short throws to the tight ends, deep shots to rookie receiver Marquise Brown and electrifying scrambles by Jackson.

While the Ravens came out of the starting gates in a full gallop, the Browns have been unable to find their stride.

The vibe I got around Berea this week was that that’s about to change.

While the Browns were highly complimentary of Jackson, they like their plan to stop him — or at least slow him down. And the Ravens’ 27th-ranked pass defense may be exactly what Baker Mayfield and the Browns offense need to find their form.

It won’t be easy, and the outcome could surely go the other way, but the Browns desperately need this victory. If they get it, they could be off and running.

If not, the climb to the playoffs gets even steeper.

THE PICK: The Browns are too talented to not put it all together at some point. This game is too important for them to wait any longer. Browns 30, Ravens 29.

Browns-Ravens Preview: 5 things to watch and 4 key numbers
Browns 40, Ravens 25: The breakdown — thumbs up, thumbs down, the matchups