Mailbag: Is Trent Williams a trade possibility? Where are Baker Mayfield’s checkdowns? Who will return from IR? 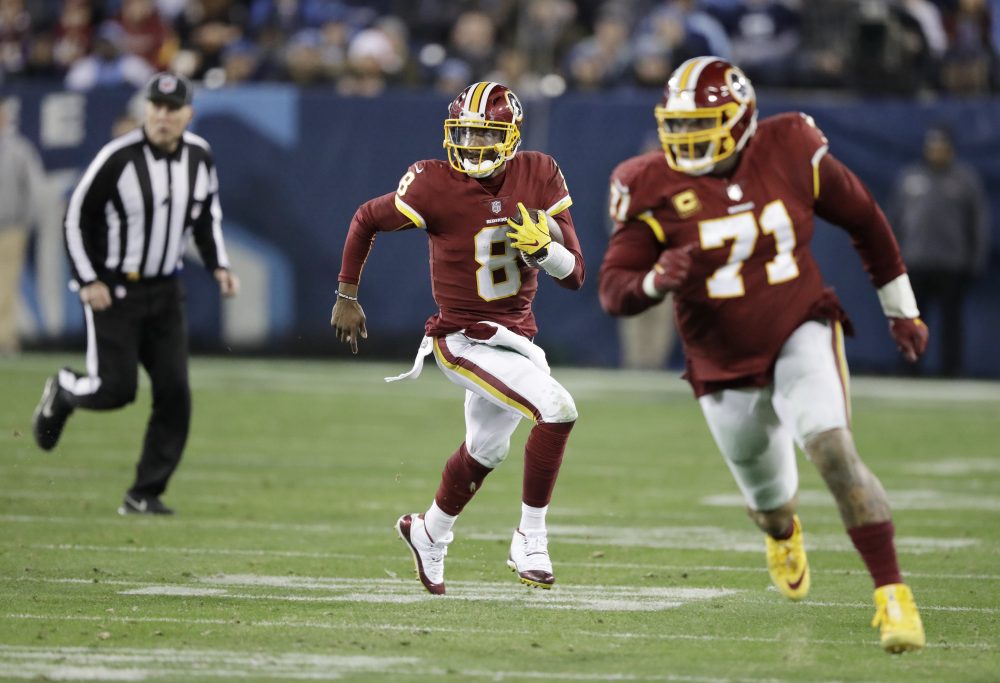 Q: What would you think of a package constructed around Austin Corbett delivering veteran holdout left tackle Trent Williams from Washington?

It is fairly certain that player will never again suit up for that organization, so it defies logic as to why the Skins are delaying the inevitable, especially if they might receive in return fortifications in areas of need elsewhere on their roster, while also replacing the disgruntled and expensive malcontent with a respectable swing tackle not opposed to representing Dan Snyder’s outfit.

I’m proposing Dorsey sends Corbett with Washington’s preferences: choose between tackles Chris Hubbard or Kendall Lamm, receivers Damion Ratley or Taywan Taylor, tight ends Demetrius Harris or Pharaoh Brown. They can even select any other offensive lineman instead of Corbett who is not named Joel Bitonio or JC Tretter.

A: A lot to digest here.

First of all, I’ve changed my mind and believe Washington will trade Williams. But I still don’t think Browns general manager John Dorsey will give up a bundle to get him. Not only is he 31, he wants a lucrative new contract. While many fans and media members continue to rip the line, I don’t think it’s reached “critical” status that would force Dorsey to do something desperate. If the play calling and Baker Mayfield improve — as I think they will — the line will look better, as well.

As for your proposed package of players to get Williams, Washington would prefer draft picks than Browns cast-offs. The Browns took Corbett with the No. 33 pick and don’t trust him, so why would Washington want him? Dorsey would be reluctant to give up high picks but I’m sure he’d be willing to send Corbett and a receiver — if the money could work. I also think the Browns are too thin at tight end to send away one.

Q: I don’t want Baker Mayfield to lose his aggressive downfield attitude, but it appears the Browns have no short crossing options when the deep pass is covered. Is this the Todd Monken influence or is Mayfield totally ignoring the checkdowns?

I have no doubt Monken’s influence on the playbook and game plans includes the preference for downfield throws. That’s his reputation, plus Mayfield and receiver Odell Beckham Jr. give the Browns the tools to make it work. It stuck out to me watching the Rams, Eagles and Packers in the last week that those quarterbacks always seem to have an easy checkdown available, whether it’s a running back in the flat or one short over the middle. That doesn’t seem available to Mayfield nearly as often.

But the addition of Monken isn’t the only factor. Mayfield has admitted he needs to do a better job of taking the easy completions, preferably early in the play to relieve the pressure on the line.

Q: Was there a flag on safety Jermaine Whitehead for unnecessary roughness that drew the $10,527 fine from the NFL?

A: Yes, there was. He was penalized 15 yards for the hit on Rams quarterback Jared Goff, who dived headfirst on a scramble. I thought it was a good call. Defenders should know by now they need to be more careful around the quarterbacks.

Q: So on our latest podcast you mentioned only two players can come back off injured reserve. So does that mean we may not see QB Drew Stanton as a backup for the rest of the season? Other names on IR are offensive lineman Drew Forbes, tight end David Njoku and linebacker Christian Kirksey.

A: I always enjoy our chats, so thanks for bringing that up.

Yes, only two players are allowed to return from injured reserve in a season, and the team doesn’t need to designate them until they’re ready to be taken off IR, sometime after missing the required eight games.

I definitely think there’s a strong chance Stanton doesn’t return this season. I think his knee will be healthy enough, but the Browns are thin at other spots across the roster and likely won’t be able to afford the “luxury” of three quarterbacks. This, of course, would change if Mayfield or Garrett Gilbert got hurt in the interim.

The way things stand, I would expect Njoku and Forbes to be the two guys activated. I don’t think Kirksey’s pectoral injury will allow it.

Q: What tight ends might be on GM John Dorsey’s radar for a possible trade before the trade deadline?

A: It’s a great question and a definite area of need. I was really impressed with the Colts’ depth at the position during the joint practices and could definitely see Dorsey calling his good buddy Chris Ballard. I’ll do some more research and get back to you with other options in the next mailbag.

Mailbag: Is Genard Avery in the doghouse? Who will return from IR? How’s the interior of the O-line doing?
Mailbag: Would you still make the trades with the Giants? Why is Eric Kush still playing? Why aren’t they using 2-minute offense?