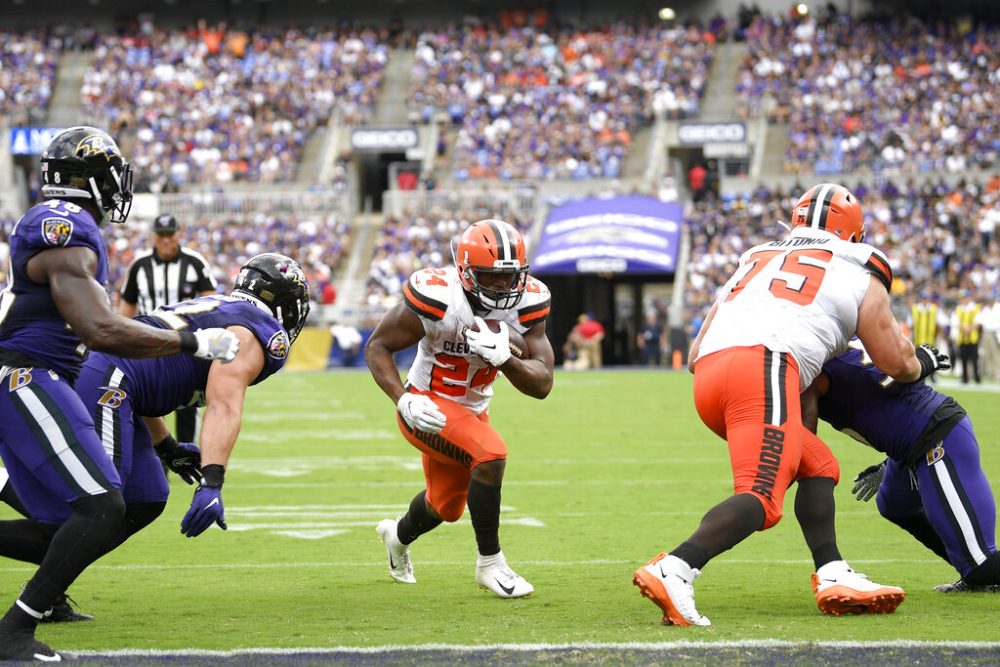 Nick Chubb’s performance Sunday was a big reason the Browns got a decisive 40-25 win in Baltimore.

And because of it, he was named the AFC Offensive Player of the Week by the NFL.

Chubb rushed for 165 yards on 20 attempts (8.3 average), with a career-high three rushing touchdowns, including an 88-yard scoring run, the longest rush in the NFL this season and third-longest in Browns history. Chubb joined Bob Hoernschemeyer (1946-47) and Chris Johnson (2008-09) as the only players in league history with at least two touchdown runs of 85 yards or more in their first two seasons.

Chubb became the first Brown to record three rushing touchdowns in a game since Peyton Hillis on Nov. 28, 2010. Chubb also recorded the most rushing yards ever by a Browns player against the Ravens.