NFL takes it easy on Odell Beckham Jr., Marlon Humphrey, only fines them $14,037 apiece after fight 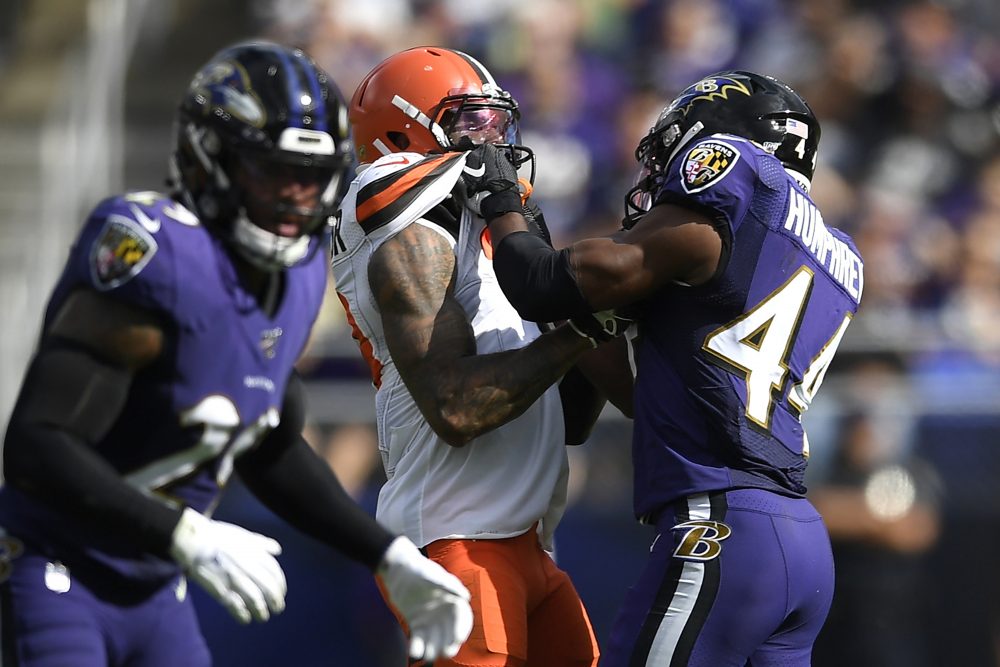 Each was fined $14,037 by the NFL for their roles in a fight Sunday during the Browns’ 40-25 win. They were fined for unsportsmanlike conduct, and hit with the minimum fine.

Fighting carries a minimum penalty of $35,096, according to the league’s fine schedule.

The altercation was the talk of the week.

Humphrey held both his fists against Beckham’s throat while he on the ground, which the Browns considered choking. Beckham earlier had thrown a punch and held Humphrey’s face mask.

Because of Beckham’s history of fighting with former Panthers cornerback Josh Norman, he could’ve been fined upward of $100,000. He said Friday he would appeal.

Browns center JC Tretter and Ravens linebacker Kenny Young were also penalized for their parts in the fight and fined.

Tretter was docked $14,037 for unsportsmanlike conduct, although he will appeal and argue he was protecting Beckham by pulling Humphrey off him.

Young was fined $7,017 for entering the area of an active fight.

Beckham avoided a fine for uniform violations. Those usually fly under the radar, but he went on a rant Friday about how unfair they are.

Fellow receiver Jarvis Landry said Thursday that Rashard Higgins is back, but the Browns listed him as questionable for Monday night’s game against the 49ers on the official injury report. He practiced fully Saturday for the first time since Week 1.

Higgins has missed three games since suffering a knee injury in the first half of the opener while blocking. He had been practicing but stopped last week. He returned this week and looked much better.

Backup tackle Kendall Lamm (knee) was ruled out for the fourth straight game.