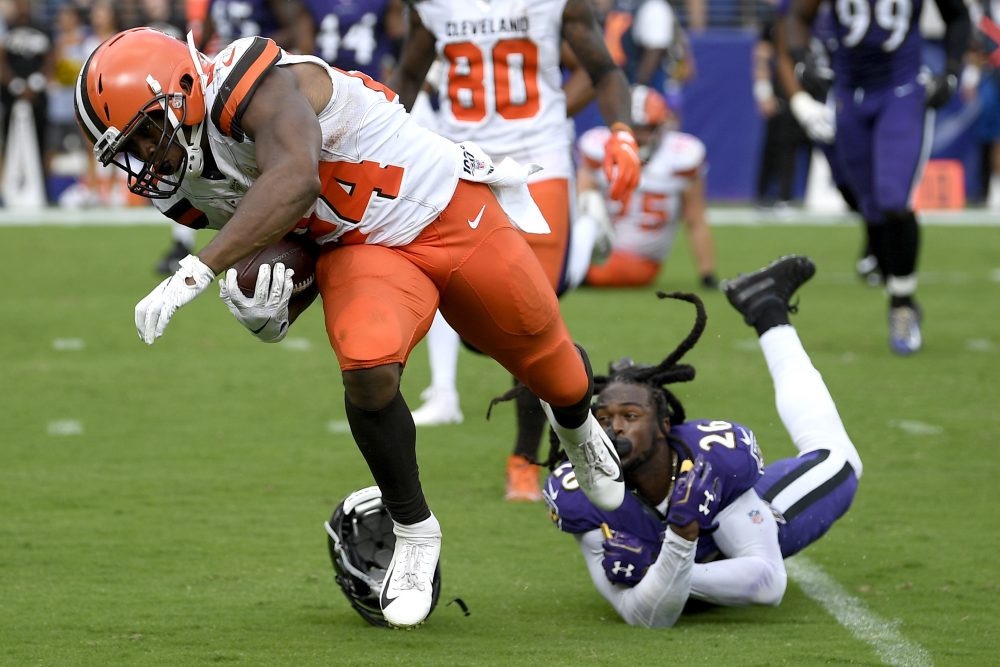 I almost changed my pick.

The Browns are coming off what could prove to be a seminal win over Baltimore. They could be poised to go on a run. The vibe around the team is strong.

But I’m going to stick with my original prediction. The Browns will have their hands full with the 49ers.

On defense, they have a talented front four capable of getting to the quarterback without blitzing. They’re a tall group that could make it difficult for the undersized Baker Mayfield to spot his receivers over the middle.

On offense, they have quarterback Jimmy Garoppolo and coach Kyle Shanahan’s reliable system that stresses each level of the defense. If the Niners can establish the outside zone run, they’ll have success running and throwing off play-action. Shanahan usually has no trouble scheming open his receivers.

The Browns have the chance to disrupt San Francisco’s scheme with defensive ends Myles Garrett and Olivier Vernon. If they can dominate on the edges, the Browns take the advantage.

The momentum gained by the Browns with the win over the Ravens won’t disappear with a close loss to the 49ers. They only need to win one of the next three games — home vs. Seattle and at New England — to be on track for a 10-6 or 11-5 finish.

I’m thinking that will come against the Seahawks.

If the Browns beat the Niners, the wins could start to stack. I’m just not picking it.

THE PICK: The Browns will get rolling at some point. I’m just not convinced it happens against a quality 49ers team coming off a bye and playing at home on a Monday night. 49ers 27, Browns 24.

Browns-49ers Preview: 5 things to watch, 3 key numbers
Analysis: Momentum from win over Baltimore only a mirage, as Browns are left searching for answers after another embarrassing loss