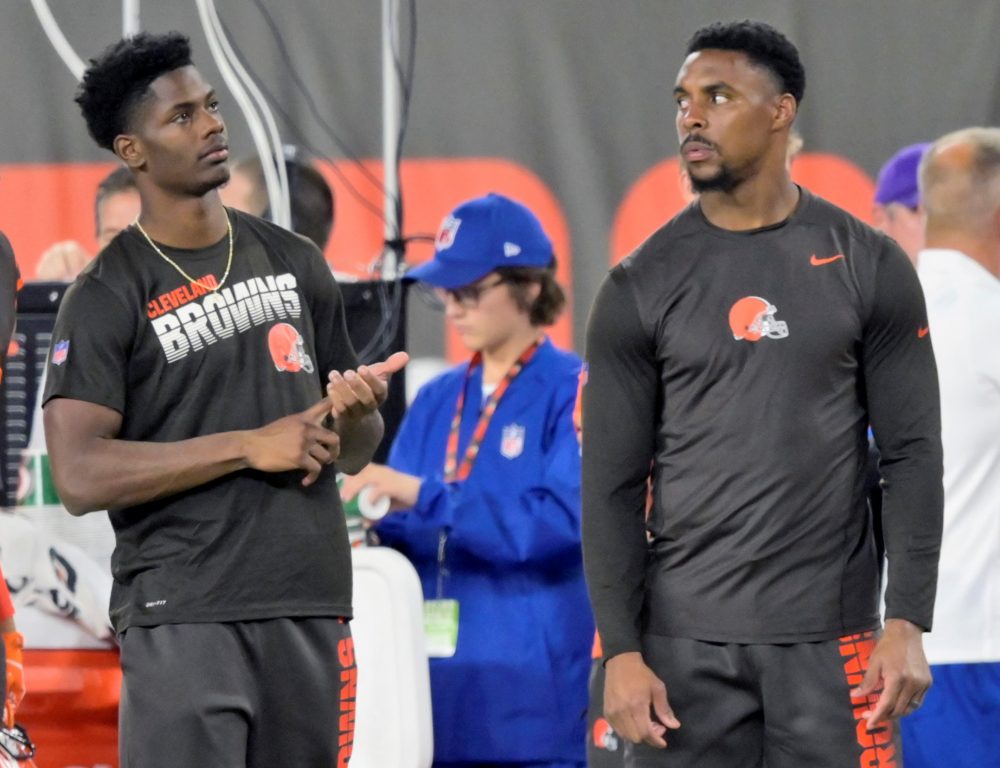 BEREA — Starting cornerbacks Denzel Ward and Greedy Williams returned to practice Wednesday for the first time since injuring hamstrings within 10 minutes of each other during practice Sept. 19.

They have missed the last three games.

Coach Freddie Kitchens continued to refer to Ward and Williams as “day by day” before practice, and there’s a chance the team could hold them out Sunday against the Seahawks. The Browns have the bye after the Seattle game, which would give them two extra weeks before facing the Patriots on Oct. 27.

Ward, the No. 4 pick in 2018, missed three of the final four games as a rookie after suffering a pair of concussions.

Veterans TJ Carrie and Terrance Mitchell have filled in admirably for Ward and Williams.

Backup swing tackle Kendall Lamm (knee) also returned to practice. He’s been out since getting hurt in the opener.

All 53 players on the active roster practiced.

Notes: Freddie Kitchens says he’ll “definitely” stick with WR Antonio Callaway against Seattle after awful season debut against 49ers
Notes: Lack of catches for Odell Beckham Jr. frustrating for him and team during a loss