Browns reach “fork in the road” by not “playing to potential,” which has created “all-time” sense of urgency 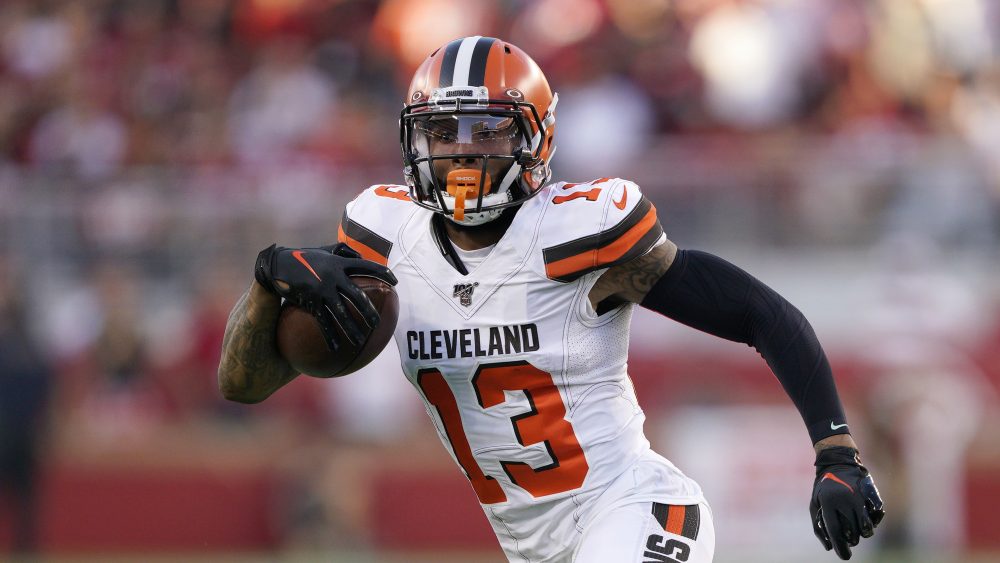 BEREA — The Browns are 2-3, coming off a blowout loss on national TV and have the 4-1 Seahawks, a bye and the 5-0 Patriots next on the schedule.

The season could get late early.

“Right now the season can go either way,” receiver Odell Beckham Jr. said Thursday. “We’re at that fork in the road.”

A season that started with great expectations has largely been a letdown. The Browns have as many blowout losses as victories, and the only complete game came in the 40-25 win at Baltimore.

“Panic button is not the thing,” receiver Jarvis Landry said. “Our focus has to be on we may not be as good as we thought we were and we need to find ways to play to our potential. We just haven’t been playing to our potential.”

Landry, a team leader, saying they may not be as good as they thought is significant, especially for a team with a high opinion of itself.

“What I’m saying is we haven’t been playing to our potential,” he said. “We haven’t been the disciplined football team that we would like to be. We haven’t been making enough plays, whether we’ve been put in position or not. Our playmakers haven’t really been given a lot of opportunities to make plays.

Many of the players thought the Browns were special before playing a game. The strong finish to last season, the emergence of quarterback Baker Mayfield and the offseason additions of Beckham, defensive end Olivier Vernon and defensive tackle Sheldon Richardson had guys talking about winning the Super Bowl. Free safety Damarious Randall even thought a run at 16-0 was possible.

The Browns are still in position to make the playoffs but they need to play with more consistency.

“We’ve just got to stick together,” Landry said. “Even though it’s early, it’s definitely a point in our season where we have to hit the ground running, we have to get going right now. No more peaks and valleys.

“The biggest things about teams in this league, great teams, playoff teams, they put streaks together. We’ve got to find a way to do that. We can start that before the bye, then go into the bye, get some rest and come back against New England.”

The Browns are 0-2 at home heading into the visit Sunday from the Seahawks. Leaving for the bye 3-3 would feel completely different than 2-4.

“Our sense of urgency is at an all-time high right now,” Mayfield said. “We’ve got guys that are locked in and they realize exactly what we need to do, so we’re going to take this short week and see what we can do on Sunday.”

Coach Freddie Kitchens said the team prepared well Thursday and guys were focused in meetings, and center JC Tretter thought it carried over to the field.

“The last two days are probably the crispest practices we ever had,” he said.

He believes five games are enough to understand the team’s strengths and weaknesses, which provides a plan of how to proceed.

“We’re able to tangibly see we need to start faster and be able to jump into a rhythm,” Tretter said. “We all know that. Now it’s about how do we execute that before the game starts. That goes to practicing well and then that translates onto the field.

“This is something we definitely need to improve on. We can see that game in and game out.”

Beckham found a hint of a silver lining by pointing out in recent years 2-3 would’ve been embraced by the Browns.

“It’s funny we’re all having these conversations whereas this team might have been 1-4, 0-5 and now we’re all upset because we’re 2-3,” he said. “So that’s a good mindset that we have that we’re 2-3 and we know that we’re capable of doing more, it’s just about doing more.”