Commentary: Browns suffering through identity crisis as they try and decide if they are a good or bad team 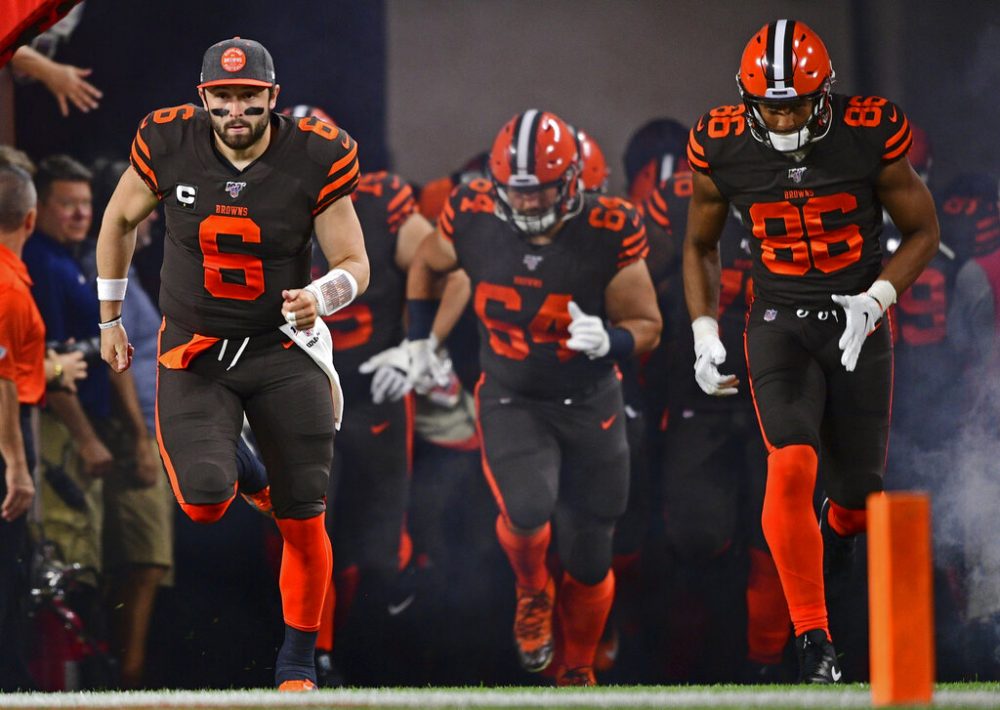 It’s been so long since the Browns were good, they’ve forgotten how hard it is to not be bad.

Is that how to explain this … this … whatever this is we’re seeing from week to week from this runaway rollercoaster?

Maybe not, because most of the important Browns are either new Browns, or Browns who haven’t been Browns for very long. They may have heard stories from the backstory of this franchise. But they’ve never lived it.

Those of us who live here HAVE lived it, and they can take it from us — the living ain’t easy.

When it comes to the Browns, history tells us that it’s never easy. It’s only degrees of hard. Degrees that run the gamut from hard to impossibly hard.

If you look closely, somewhere along that sorry spectrum, you’ll find this year’s team, a team so upside down at the moment that they may be the only team in NFL history whose two best players are their rookie kickers.

The stars of the show have been punter Jamie “The Scottish Hammer” Gillan and kicker Austin “No Nickname” Seibert.

The rest of the team can be found at the corner of angst and bewilderment, waiting for a courtesy Uber to motor them back to those thrilling days of 11 days ago in Baltimore, when the Browns looked like your grandfather’s Browns. You know, the Browns who were very good, and played like it?

That was a long time ago. So long ago, in fact, that the Browns and the Browns’ fans have understandably forgotten how hard it is to not be bad.

For example, think back to those carefree, happy-go-lucky days from earlier this summer, when it was so obvious that the Browns were going to be really good, because of two major reasons:

Well, now some games have been played. How do you like them now?

Most important of all: when does that “easy” part of the schedule begin?

Not this week, that’s for sure. Or next week.

The Browns’ next two opponents are Seattle and New England, who have been to a combined 14 Super Bowls, and won seven. That’s compared to the Browns’ … yeah, well, whatever.

I’m not going to tell you how to spend your next two Sundays, but rumor has it that the fall colors are starting to show and there’s no better time for pumpkin carving than the middle of October!

As for the Browns, the word on the street is that hard times come again no more starting Nov. 14. From that date through the end of the regular season they play seven games against five teams who currently have a combined record of 5-18.

So I’m saying there IS a chance?

Well, the Browns are just 2-3 themselves, but, yeah, sure, let’s go ahead and say that anyway. The Browns have a chance.

Which should not be confused with having a clue, and right now the Browns seem surprised at times that teams are trying to beat them. That appeared to be the case in their California clobbering at the hands of the 49ers, a game in which the Browns appeared overmatched, under-coached and only marginally interested.

It was a game so devoid of substance that the biggest postgame talking point was whether or not Baker Mayfield shook hands with Richard Sherman.

What’s wrong with the Browns? Against Baltimore, nothing. Against San Francisco, everything. Those are the bookends for their other three games that ranged from wretched to ragged (the win over the hapless Jets barely counts).

Five games into what was supposed to be a Mardi Gras season, the only discernible trend is the lack of any positive trend. That, and the fact that the Browns appear extremely uncomfortable in their own thin skin.

With all the trick plays (enough already!), the continuing avalanche of penalties, the real and imagined drama, the frenetic attempt to live up to the hype and a conga line of opponents clearly agitated and energized by that hype, the Browns are a bull’s-eyed team with no identity at all.

That might be something — THE glaring takeaway from the San Francisco game — that can’t be fixed without John Dorsey using every one of his picks in the next draft on offensive linemen. But for now, the identity-deficient Browns are playing like every game is their first game.

This, said those who cautioned prior to the season, is what you get when you give a rookie head coach a roster with an abundance of new players from whom Patriots-like performance is instantly, and unrealistically, expected.

Maybe this is the ultimate cautionary tale.

Because right now the Browns are a team that isn’t a team.

Analysis: Momentum from win over Baltimore only a mirage, as Browns are left searching for answers after another embarrassing loss
Browns-Seahawks Preview: 5 things to watch, 4 key numbers