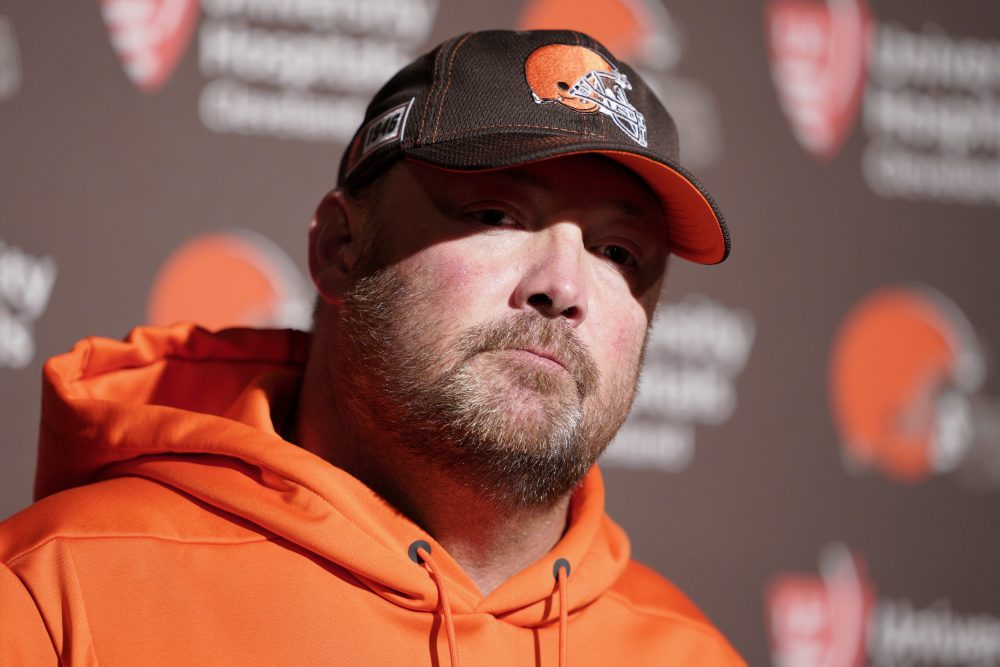 BEREA — Fans have been anxiously awaiting the return of receiver Rashard Higgins since he went down with a knee injury in the first half of the opener. He has a connection with quarterback Baker Mayfield and was missed as the offense struggled in the first five games, averaging 18.4 points.

Higgins practiced fully all week and was declared healthy.

Surprisingly, coach Freddie Kitchens didn’t commit to Higgins returning to the lineup against the Seahawks.

“We have not determined that yet,” he said.

“I just have not decided yet,” Kitchens said.

Higgins opened the year as the No. 3 receiver, but the team could choose to go with Antonio Callaway in that role. He was awful Monday in the 31-3 loss to the 49ers in his return from a four-game drug suspension — no catches, a false start penalty and a goal line bobble that turned a touchdown into an interception — but Kitchens said Callaway has a better handle on his duties this week.

“I feel good,” said Callaway, who returned to his spot as X receiver after struggling at Z last week. “I know it, because I know the playbook.”

Higgins, who had two catches for 46 yards before getting hurt in the first half of the opener, has perhaps the best chemistry with Mayfield among the wideouts. He had 39 catches for 572 yards and four touchdowns last season.

Running back Nick Chubb was excited about the possibility of Higgins rejoining the huddle.

“I tell Higgins all the time, when he was in, he always made big plays for us, and that’s why I’m ready to get him back,” he said. “I know he’s going to make a big play. Him and Bake always kind of seem to be on the same page and the chemistry is there.”

Landry was adamant Thursday the Browns need to make a more concerted effort to get the ball to their playmakers, specifically receiver Odell Beckham Jr. Landry said the offense needs to be “intentional” and “deliberate” about it, repeatedly remarking that he’s not the one calling he plays.

Does he have a problem with Landry’s comments?

“They are free to say whatever they want to say,” Kitchens said. “I do not monitor them — monitor is not the right word. I do not put restrictions on what they say.

Starting cornerbacks Denzel Ward (hamstring) and Greedy Williams (hamstring) were listed as questionable but could miss their fourth straight games. The Browns have the bye next week and may choose to give them two extra weeks before the game at New England on Oct. 27.

** Backup tackle Kendall Lamm (knee) was listed as questionable. He returned to practice this week after getting hurt in the opener.

** Practice squad receiver Derrick Willies tore his right anterior cruciate ligament in practice Thursday. He missed much of last season after breaking a collarbone in practice.

** The Seahawks will likely be without two of their starting offensive linemen, as left tackle Duane Brown (biceps) and right guard D.J. Fluker (hamstring) were listed as doubtful on the injury report. Backup guard Ethan Pocic (back) was ruled out.

Defensive end Genard Avery, a fifth-round pick out of Memphis, was a pleasant surprise as a rookie last year, collecting 4.5 sacks. He’s been a non-factor this season.

He’s been a healthy scratch in four of five games and was only active in the other because of too many injuries elsewhere. He played two snaps and had a tackle.

“We have good depth there. You can’t take but so many guys,” Kitchens said. “You have to worry about other positions, also.”

Swagger, the 145-pound bullmastiff who’s been with the Browns since 2014, will retire after a final run onto the field Sunday. His son SJ, who will turn 11 months Sunday, will be introduced to fans during the third quarter.

** As part of the NFL’s “Crucial Catch: Intercept Cancer” campaign, Sunday will be the Browns’ cancer awareness game.