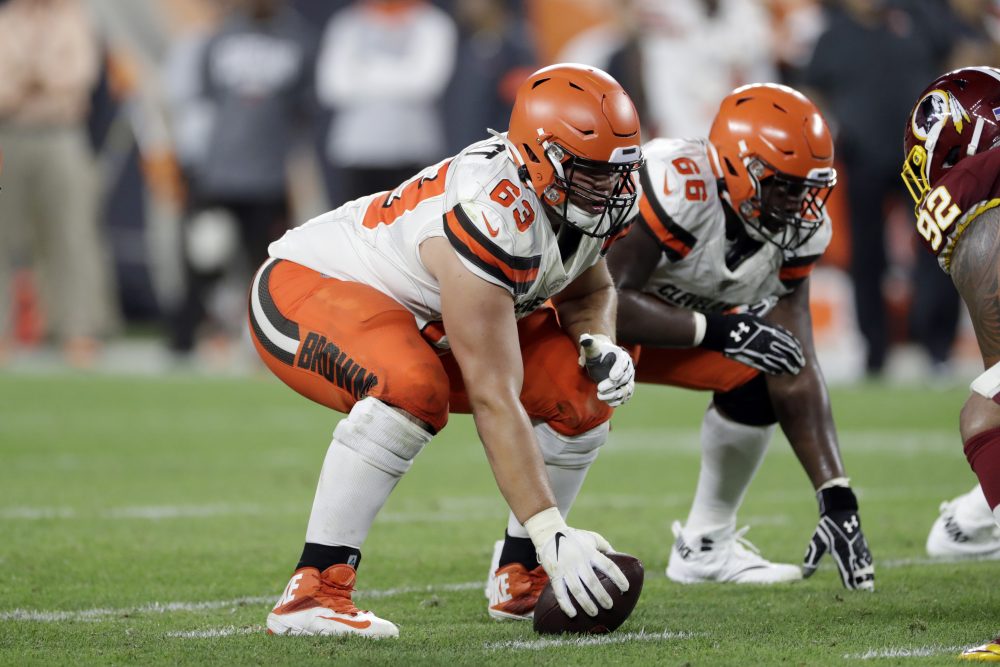 General manager John Dorsey drafted Corbett with the No. 33 pick of the 2018 draft and traded him Tuesday to the Los Angeles Rams for a fifth-round pick in the 2021 draft.

Dorsey liked Corbett enough to take him with the first pick of the second round, two picks higher than running back Nick Chubb, who’s been arguably the team’s best player this season through the 2-4 start. But Corbett failed to live up to the lofty draft status, and the Browns gave up on him less than 1½ years into his career.

Corbett was a left tackle at the University of Nevada, but the Browns quickly determined he couldn’t cut it there in the NFL and wouldn’t be the heir to Joe Thomas at the most important position on the line.

Corbett transitioned to the interior of the line during training camp as a rookie but was stuck behind veteran guards Joel Bitonio and Kevin Zeitler and veteran center JC Tretter. He played only 14 of 1,091 offensive snaps as a rookie.

The breaking point with Corbett came this year when he failed to win the right guard job.

Dorsey traded Zeitler to the Giants in March for defensive end Olivier Vernon, in part to clear a spot for Corbett to move into the starting lineup. But he lost the competition to journeyman Eric Kush, who’s struggled in the starting role, and was a healthy scratch for three of the six games. He played one offensive snap.

Corbett practiced with the Browns on Tuesday morning.

I can’t thank the @browns organization enough for taking a chance on me. I’m going to miss The Land and all the friends and family I’m leaving behind. You really never know how your life is going to shake out this… https://t.co/PT1bTJCwxD

The deal could increase Tretter’s value to the team as he plays the final year of his contract. Corbett spent a lot of time as the backup center and was viewed as a possibility to replace Tretter if he left in free agency.

“He’s having a very, very good season,” associate head coach/line coach James Campen said of Tretter before the trade was announced. “He’s done a very good job, he’s playing with more power than he did previous and he does a good job. He takes care of himself and he does things the right way.”

Freddie Kitchens challenges players to become a team, says “all of this talent has gotten us 2-4”
Rashard Higgins frustrated he didn’t play last 2 games after getting healthy, believes he could’ve made difference