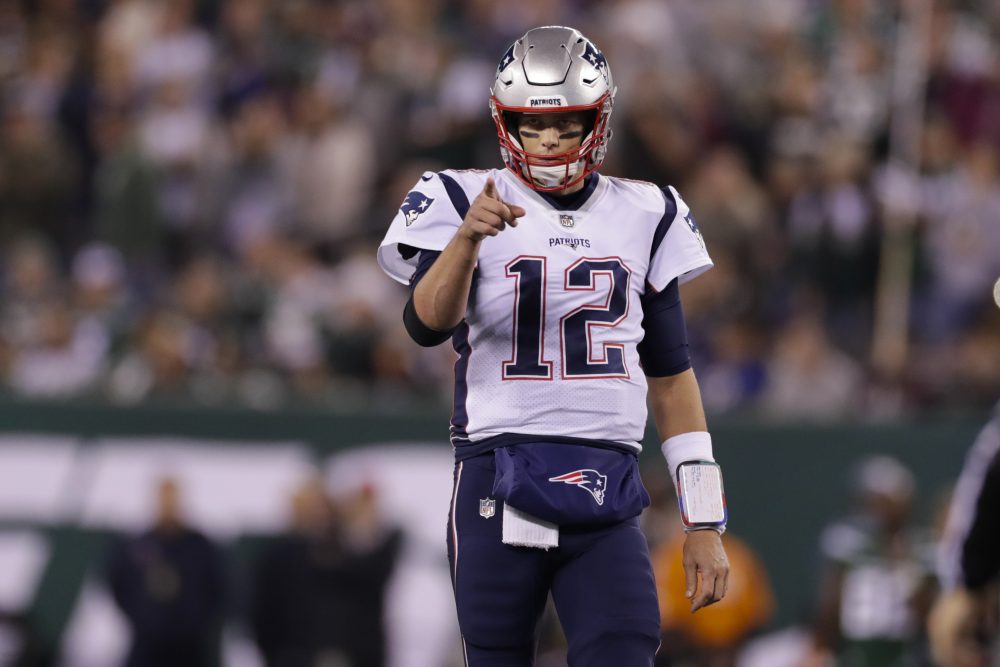 BEREA — When Tom Brady was beginning his career in New England, Browns middle linebacker Joe Schobert was just starting his education in Wisconsin.

“So he has a lot of experience, he’s seen a lot of things,” Schobert, 25, said Thursday. “All of the stuff I learned from kindergarten to now, he’s been spending all that time learning football. He’s seen everything.”

Halfway through his fourth season, Schobert doesn’t qualify as a grizzled veteran but he has exceeded the average length of an NFL career. That provides some perspective to the longevity of Brady, who was a sixth-round pick of the Patriots in 2000 and turned 42 in August. His 31 wins since turning 40 are an NFL record for quarterbacks.

“Ever since I could remember, I’ve been watching Tom Brady,” receiver Odell Beckham Jr., 26, said. “He’s one of my biggest idols. Someone I look up to who has inspired me throughout my life.”

The Browns (2-4) will try to upset Brady and the undefeated Patriots on Sunday in Foxborough, Mass.

As Brady has added enough rings to need a second hand — his six Super Bowl victories are the most for a player in NFL history — the debate over the greatest quarterback of all time has largely evolved from argument to agreement.

His 244 wins, including playoffs, are the most in history, he’s second to New Orleans’ Drew Brees with 72,506 passing yards in the regular season, second to Peyton Manning with 528 touchdown passes and fourth with a 97.5 career passer rating.

The younger generation of Browns defenders appreciates how special it would be to have a moment of success against the legend.

“Duh,” defensive tackle Larry Ogunjobi said. “But a sack is cool on anybody.”

“I definitely want a Brady ball. I need one of those interceptions,” safety Jermaine Whitehead, 26, said. “But to win the game would be more than enough for me, especially with the position the team’s in. I think the confidence and morale of not just this team but the building and our fans would be tremendous.”

Ogunjobi, 25, concurs that Brady is the greatest to ever play the position.

The praise isn’t just about nostalgia. He won his sixth Super Bowl last season and has teamed with a historically good defense this year to lead the Patriots to the third 7-0 start in franchise history.

“The guy is Mr. Consistent in everything that he does,” defensive coordinator Steve Wilks said. “You just look at the number of wins that they have had over the years and his performance each and every week. He is just consistent.”

“Tom is as good as he ever has been,” coach Freddie Kitchens said.

“He knows the game as well as anybody in the league,” said defensive end Myles Garrett, 23, who shares the league lead with nine sacks. “As his physical abilities slowly decline, his IQ is still growing. He’s able to supplement what he can’t do with his arm, but he can still do most things on the field.”

“I feel like experience is the best teacher and when you’ve been there before and you’ve played on the biggest stage, not too many things rattle you and that’s what you notice about him is his poise,” Ogunjobi said. “A lot of things he’s seen before. So it’s just finding a way to keep him on his toes, keep him moving around in the pocket and just find ways to get him down.”

The matchup with Brady had Whitehead devoting extra hours to studying film and the playbook.

“We’ve got to go in here and want to beat one of the greatest players ever to play football,” he said. “So it just heightened my awareness and antennas. It’s a chess match with him and I’m going to try to be able to match him a little bit.”

Murray sees Brady separate himself from his peers when he surveys the defense at the line of scrimmage.

Brady has been sacked only 11 times in seven games. Elite processing speed allows him to avoid hits.

And when he sees a play’s a bust, he’ll throw the ball into the ground rather than take a sack or the punishment from the pass rusher.

“That’s the second-most annoying thing you see as a pass rusher,” Garrett said, ranking it behind a running quarterback like Baltimore’s Lamar Jackson. “I think he’s the fastest this year getting the ball off and getting it out of his hand.

“You have to make sure he’s out there seeing ghosts. He’s holding the ball, patting it, looking for other options so you can have some time to get the ball out his hands, strip him and get the ball for your offense.”

Recent speculation has this being Brady’s final year in New England, but he’s talked about playing until he’s 45.

“He knows how to take care of his body,” Garrett said.

The Browns hope to put a few bruises on it.

“If you get pressure in his face, if you make him get off his spot and if you can disrupt timing on routes, he’s human, so he will be able to make mistakes,” Schobert said. “You’ve got to be able to take advantage of that.”

Defensive line needs to hurry up and dominate to give Browns best chance against Tom Brady, Patriots
Browns understand challenge of playing undefeated Patriots … and what beating them could do for rest of season