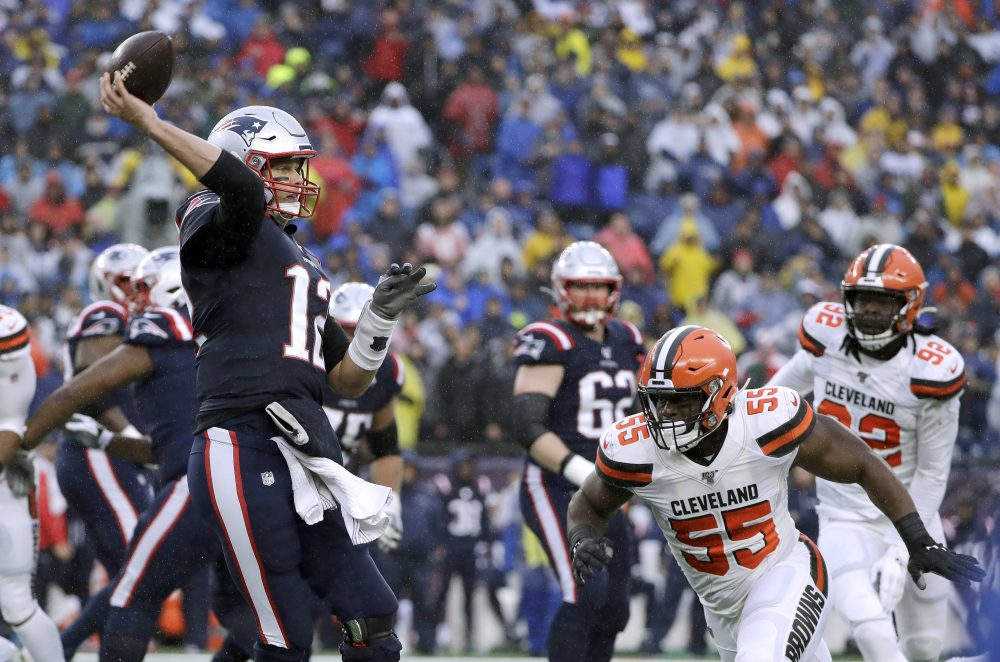 BEREA — Genard Avery went from being a key piece of the defense to the doghouse to Philadelphia in less than a year.

The Browns traded Avery to the Eagles on Monday for a fourth-round draft pick in 2021.

The trade deadline is Tuesday at 4 p.m.

Avery, a fifth-round pick out of Memphis in 2018, was drafted as a linebacker but spent most of his time in Cleveland as a pass-rushing end. He had 4.5 sacks as a rookie, playing in 16 games with five starts. He added 39 tackles, four passes defensed, a forced fumble and a fumble recovery.

He never got the chance to duplicate the success this season.

He was a healthy scratch for five of the seven games. In the other two, he combined for five defensive snaps, including three Sunday in the 27-13 loss to the Patriots. He had one official tackle this season and had an early pressure of Tom Brady on Sunday.

He had fallen behind Chad Thomas, a third-round pick in 2018 who didn’t have a tackle as a rookie, on the depth chart.

General manager John Dorsey has shown throughout his career he likes to wheel and deal and might only be getting started with the deadline approaching.

The biggest target is Washington left tackle Trent Williams, a seven-time Pro Bowler. He’s held out all year and Washington had insisted it wouldn’t trade him — until Monday.

Dorsey didn’t hide his interest in Williams during a news conference Oct. 16. He said he and Washington counterpart Bruce Allen had “a few conversations” but it “takes two to tango.”

Dorsey was clearly unsatisfied with the line, especially the tackles. The Browns made a switch at left tackle Sunday, benching Greg Robinson in favor of journeyman Justin McCray, whose natural position is guard.

Williams, 31, reportedly wants a new contract and has concerns with how Washington’s training staff diagnosed and treated a growth on his head.

BRING ON THE BACKUP

The Browns are desperate to snap a three-game losing streak, and that should be easier with Broncos quarterback Joe Flacco out Sunday because of a herniated disc in his neck.

Brandon Allen will start against Cleveland in Denver. Allen, 27, was a sixth-round pick of the Jaguars in 2016 and has never played in an NFL game.

“You can’t take anybody for granted in this league,” cornerback TJ Carrie said after being told the news. “Definitely we’ll take a dive into the film.”

Receiver Rashard Higgins played Sunday for the first time since suffering a knee injury in the opener but was on the field for only 14 of 68 offensive snaps. Antonio Callaway played 53.

“We feel like he is doing better right now,” Kitchens said of Callaway. “Hig has been back two weeks. Contrary to popular belief, Higgins was not ready to play three weeks ago. Ask Higgins again about two weeks ago. He may have a different answer now.

“I am not answering questions about playing time. We are playing who we think is giving us the best chance to win right now.”

Carrie has seen his name mentioned in trade speculation but hopes the deadline passes with him still a member of the Browns.

“Of course. Definitely love to stay,” he said. “This is like my second home. I played college ball here, a lot of my family’s here, so most certainly want to stay here.”

He said he hadn’t been told anything by the front office.

“All I can do is control the product that I put on the field, control myself and the way I handle certain situations,” Carrie said.

After starting the last four games when Denzel Ward and Greedy Williams were injured, Carrie played only seven snaps against the Patriots. Eric Murray played 50 as a nickelback/third safety.

McCray had mixed results in his first start at left tackle, giving up a sack and getting penalized for a false start.

“I thought he fought. I didn’t think he did too bad for his first start and away,” Kitchens said. “He was good in the run game. He fought in protection. I thought he was OK.”

Kitchens said he didn’t know if McCray would remain the starter.

“Did some good things,” McCray said. “A lot of stuff to clean up still but just was not enough to win. I felt comfortable out there.”

** Free safety Damarious Randall (hamstring) didn’t play Sunday and isn’t sure when he’ll return. He said the hamstring’s getting “a lot better” and called his status “day to day.”

** Randall said rumors of him removing mentions of the Browns from his social media accounts are bogus. He said he just changed his profile picture because it had been there awhile.

** Kitchens said quarterback Baker Mayfield and Landry “will be fine” after landing hard on their shoulders Sunday.

** Starting right guard Eric Kush played 57 of 68 offensive snaps, and Wyatt Teller played 11 off the bench in an unusual rotation.