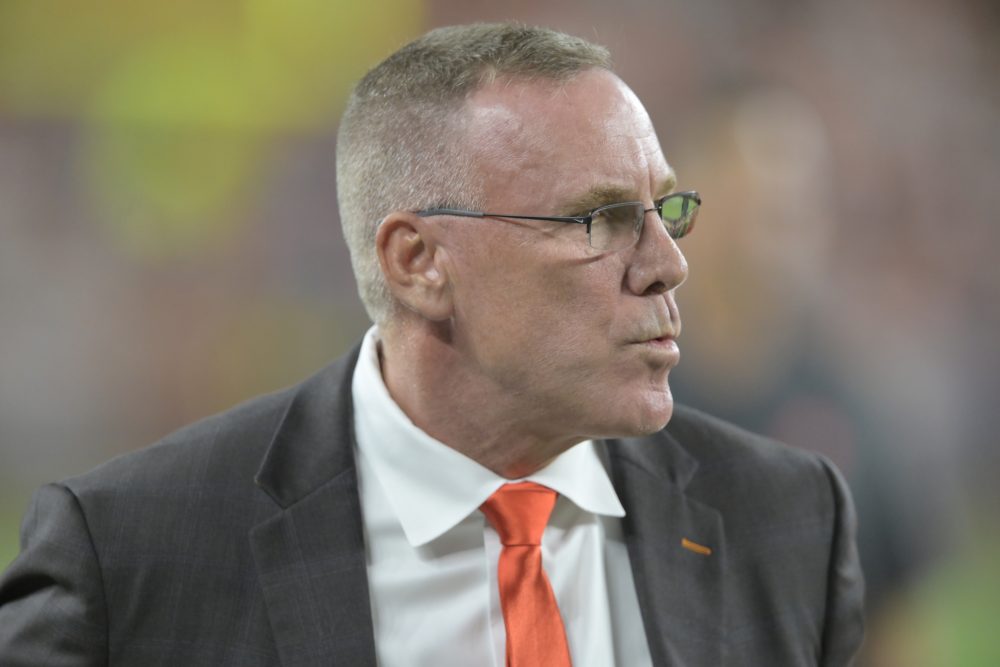 The Browns are rolling with what they’ve got.

The trade deadline came and went Tuesday afternoon without general manager John Dorsey making a move. He discussed potential deals, and speculation was most intense surrounding Washington left tackle Trent Williams, but Dorsey didn’t acquire anyone for the final nine games as the Browns (2-5) look to go on a run and make a playoff push.

He did trade second-year defensive end Genard Avery to the Eagles on Monday for a fourth-round draft pick in 2021.

Washington changed its stance about Williams, 31, on Monday and was willing to deal the seven-time Pro Bowler. But Washington reportedly wanted a first-rounder or a package that included a big-time player.

NFL Network specifically mentioned Cleveland cornerback Denzel Ward, who was the No. 4 pick in the 2018 draft and went to the Pro Bowl as a rookie. Dorsey wasn’t going to do that.

The deadline was a dud across the league following a few major trades in previous weeks. The only trade completed Tuesday was the Rams sending cornerback Aqib Talib to Miami.

Dorsey wasn’t willing to mortgage an important part of the future for Williams, who ended his holdout once the trade deadline had passed. He reportedly wants a new contract and has concerns with how Washington’s training staff diagnosed and treated a growth on his head.

He hasn’t practiced or played with Washington all season.

The lack of a deal keeps the pressure on the linemen on the Browns roster. Dorsey said Oct. 16 during the bye week he’d make a “million” calls before the deadline in an effort to upgrade the line.

Dorsey called left tackle Greg Robinson and right tackle Chris Hubbard “inconsistent,” then the coaching staff benched Robinson for the Patriots game on Sunday after he had started 14 straight. Justin McCray, whose natural position is guard, made his first career start at left tackle.

Coach Freddie Kitchens said Monday he didn’t know who would start this week in Denver.

“I thought he fought. I did not think he did too bad for his first start and away,” Kitchens said of McCray’s performance in the 27-13 loss at New England. “He gave up a sack. The guy actually slipped and fell and kind of caught his knee. It was kind of a weird deal.

“I thought he fought. He was good in the run game. He fought in protection. I thought he was OK.”

McCray was asked Monday if he’s ready to handle the starting job the rest of the year.

“If that is what the Browns need me to be, then I am going to put my best foot forward and try to do that,” he said. “Every time you go out there, you get a little more confidence, you get more snaps and the more you do something, the better you feel about it. That is just how I am approaching it.”

Cornerback TJ Carrie and receiver Rashard Higgins were rumored to be available, but both remained with the Browns. Carrie was relieved.

“Definitely love to stay,” the Ohio University alum said Monday. “This is like my second home. I played college ball here, a lot of my family’s here, so most certainly want to stay here.”

Freddie Kitchens accepts ultimate responsibility but wants greater commitment from players as he tries to fix penalty problem
Baker Mayfield storms off from interview, tweets he’s “frustrated” by the losing