Odell Beckham Jr. says he’s always got Baker Mayfield’s back, will “jump in the fire with him” 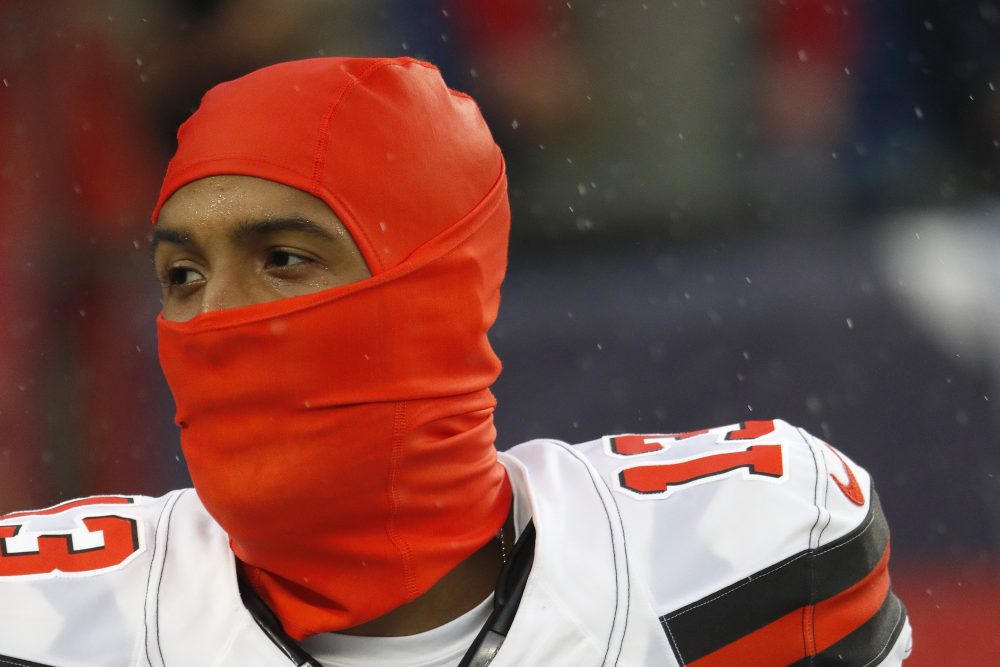 BEREA — Receiver Odell Beckham Jr. acknowledged he hasn’t always been in the right spot at the right time for quarterback Baker Mayfield during games.

He’s making sure he’s at Mayfield’s side as he faces criticism for poor play in the team’s 2-5 start and for cutting short an interview session Wednesday when he didn’t like a line of questioning.

“I’m going to be the first one here to defend him every single time,” Beckham said Thursday. “I always got his back. I know what it’s like, I’ve been there.”

Beckham is one of the world’s most famous athletes and believes he’s been picked on throughout his six-year NFL career. He said Thursday he’s one of the only non-quarterbacks who gets blamed for losses so he can relate to the pressure the polarizing Mayfield’s under as the quarterback and the No. 1 draft pick in 2018.


“I know he gets a lot of heat, just for the person that he is,” Beckham said. “I just wanted to say, we’re all human. We all have emotions. Nobody likes to feel like you’re being poked at and prodded at, and especially not a guy like that.

The Browns haven’t done nearly enough of that through seven games, despite trading for Beckham in the offseason and accumulating talent across the roster. Mayfield has thrown 12 interceptions, tied for most in the league, and Beckham has only 34 catches for 488 yards and a touchdown — the worst start of his career when he’s been healthy.

As the quarterback, Mayfield receives the lion’s share of the criticism, but Beckham said it’s unfair to say the struggles are all Mayfield’s fault.

“I’ve been in situations where one person’s getting the blame and the rest of the people are quiet just to kind of stay out of the fire,” Beckham said, “like I’m going to jump in the fire with him. I’ll be the first one. Some of these losses are on me. I need to be in the right place at the right time.

“I need to be better. And that’s what I plan to do for the rest of the season. I said before the Seahawks game I felt like I was back to me. I felt like I was back to playing and having that love and I just never want to go into a negative space again, so I’m bringing it to the field every single time I get out there. And I know that we’ll see things turn around here shortly.”

Timing remains an issue between Mayfield and Beckham, as the sluggish start indicates. Beckham sees a light at the end of the tunnel for the offense that ranks 25th with 19.0 points per game.

Commentary: Browns still have time to turn it around, but there’s a lot to turn around

Beckham skipped the vast majority of the offseason program then missed much of training camp with a hip injury, and he and Mayfield are still searching for their connection.

“That comes from experience, it comes from playing in games together,” Beckham said. “The only way to get it is game reps. So if there ever was any frustration, it’s because I know that. You can go through the whole week of practice and catch 30 balls and then get to the game and you don’t have the same thing that’s going on.

“It comes from that experience, and the more games we have together the better we’ll be. But it is time for us to turn it on. You have a highly regarded quarterback, this is a phenomenal player and I just want to be able to help him in every which way I can.”

After the blowup during his interview session, Mayfield took to Twitter to explain himself.

“I am who I am and always have been,” Mayfield tweeted. “Don’t call it emotional when it’s convenient and then passion when it fits. I care about winning, so yeah I’m frustrated. My sense of urgency is at an all time high. And if I offend anybody along the way… that’s too bad”

“He’s upset he’s not winning, or he hasn’t done to the best of his ability,” Beckham said. “That’s upsetting. We want to be great.”

Receiver Jarvis Landry said Mayfield approached him after the loss to the Patriots on Sunday and told him he couldn’t wait to get back to work. He’s carried the intensity into the practice week.

“Just his whole energy was a lot like himself and it’s good to see the leader being the guy that steps up and leads in the midst of all of this,” Landry said. “He’s a guy that recognizes if we’re all on the same page we can be successful.”

Beckham quickly consulted with Mayfield after he stormed away from reporters Wednesday.

“I’ve told him this since I’ve been here. I’m like, ‘Bro, Drake said it best. He said, ‘In this game, you only lose when you fight back.’ Meaning there is no winning,” Beckham said.

But he sees winning coming soon for the Browns and expects that to change the perception of Mayfield and the vibe around the team.

Browns understand challenge of playing undefeated Patriots … and what beating them could do for rest of season
Larry Ogunjobi challenges team during speech to “break the cycle” of losing, hold each other accountable, concentrate on details