Larry Ogunjobi challenges team during speech to “break the cycle” of losing, hold each other accountable, concentrate on details 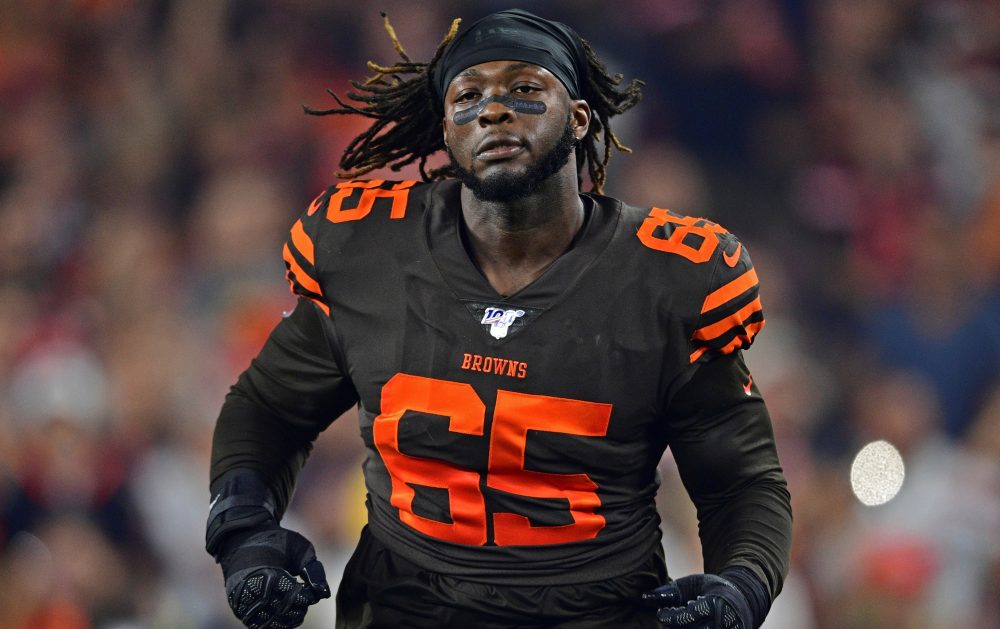 BEREA — Larry Ogunjobi is an anomaly.

In a Browns locker room of blaring music, booming laughs and boisterous talkers, the standard speaking volume of the 6-foot-3, 305-pound defensive tackle strains the ear.

Yet last week he summoned the courage to stand in front of all his coaches and teammates, found his voice and gave a passionate speech intended to focus the team, shake it from the season-long slump and push it to fulfill the immense potential.

“I’ve just been here, this is my third year, and I’ve seen how things go,” Ogunjobi told The Chronicle-Telegram on Thursday. “And I was here for 0-16, 7-8-1, we’re 2-5 right now. I just see the cycle. So in order to break the cycle I felt like I just needed to speak up and just say something. I’m not saying I’m right, but just saying it’s my perspective.”

Ogunjobi is known as one of the team’s hardest workers and smartest players, and leads by example on a roster full of big talkers. But at 2-4 and coming out of the bye last week, he saw the season slipping away from a team loaded with talent.

“I feel a lot of the times we’re dressed up as this super team before we even played a game,” he said. “So there’s already expectations, there’s always something. We have the talent, we’ve just got to put it together, play to our strengths, master our weaknesses and just win on Sunday. It’s hard to win at football, especially on Sundays.

“It’s the little things, the penalties, missed assignments, just like the really minute details. If you handle those throughout the week, you hold each other accountable for things you’ve got to do, then you start to see a difference. Because I feel that what you do off the field translates to what you do on the field.”

He asked coach Freddie Kitchens if he could address the team Oct. 24 and challenged his teammates to prepare more diligently, such as more film study and the defenders scooping up any loose ball in practice as if it were a fumble and running with it.

“That’s the biggest thing, just being accountable for our actions,” Ogunjobi said. “And that everybody plays a role in that. And just talking to guys that we have all the talent in the world, but it’s not just talent that wins football games.

“So it’s that, it’s being accountable, understanding that the devil’s in the details, that when you win average players look great but when you lose great players look average. So you have to be able to find ways to help your team win, because when you win everybody wins.”

The message reached its audience.

“It resonated with the team,” defensive tackle Sheldon Richardson said. “I think guys got it.

“It was nothing we didn’t know before, he was just reiterating on it. He took it upon himself, leadership role, to say something to the team because he’s tired of it, too.”

Ogunjobi was picked as a game captain for the 27-13 loss to the Patriots on Sunday. The defense played better, especially against the run as it allowed only 79 yards, but three straight first-quarter turnovers buried the offense.

He believes his speech had the desired impact and carried over to this week as the Browns prepare to face the Broncos (2-6) in Denver.

“I don’t think anything’s ever immediate, it takes time for things to be implemented, it’s a process,” he said. “We didn’t get to 2-4 in a day, so we’re not going to win a whole bunch of games in one day, either. The message is there, people have heard it, so now it’s just the application.”

Ogunjobi, 25, was obese as a teenager, came to football late and was a third-round pick out of the University of Charlotte in 2017. He has started 23 straight games, emerging as a solid force in the interior. He’s second on the team with three sacks and has 22 tackles.

Once dangerously overweight, Ogunjobi used football to change his body and life

He said it took “courage” to address the entire team.

“Life is very finite. You don’t want to say I shoulda, coulda, just do it.”

He got the idea a day earlier and was encouraged to follow through by a friend.

“One of my homeboys said, ‘Bruh, you’re a leader, be a leader. You don’t always have to be quiet, sometimes you do need to talk so people can hear what you have to say,’” Ogunjobi said.

Did the guy who doesn’t speak much above a whisper raise his voice?

“There was passion in it,” he said. “But at the same time I don’t have to yell and scream to get my point across. I’m a person that I feel like when I talk people listen.”

Receiver Odell Beckham Jr. spoke earlier this year about overcoming his shyness to become a leader and was impressed by Ogunjobi’s strength.

“It’s harder to get up in front of your team and speak and address them than it is to play in front of 85,000, 75,000,” he told The Chronicle. “So this is a man who I talk to in the weight room and have a lot of respect for, so just to hear him get up there and speak on things, you can really feel it and where it’s coming from is a good place.

“He wants the best for this team. We need more of that, and not just guys getting up just to speak but just wanting to bring this team together even more than he has. So it was something that was pretty cool to see.

“The message was heard loud and clear.”

Odell Beckham Jr. says he’s always got Baker Mayfield’s back, will “jump in the fire with him”
Browns trust Nick Chubb, Joel Bitonio to bounce back after game-changing mistakes against Patriots, lead way to win over Broncos