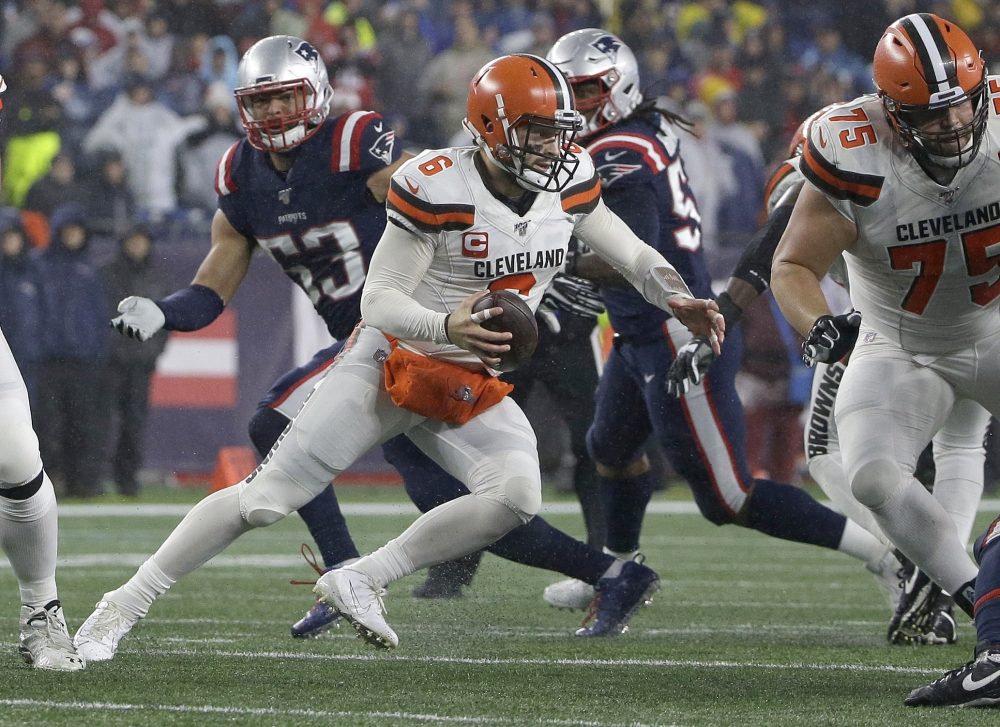 I know I and everyone else have said the Browns’ schedule gets easier starting this week. But the Broncos shouldn’t be overlooked.

They have an elite pass rusher in outside linebacker Von Miller and a nice complementary piece in defensive end Derek Wolfe, and they have a strong running game led by Phillip Lindsay. It just so happens protecting Baker Mayfield and stopping the run have been areas of weakness for the Browns.

The good news is that Denver doesn’t have an explosive offense, and that was with veteran Joe Flacco at quarterback. With Brandon Allen getting his first NFL action, the Browns should have a distinct advantage.

So all they have to do is establish running back Nick Chubb, keep Mayfield from throwing interceptions and harass the inexperienced quarterback.

Nothing will be decided with eight games left in the season, but Sunday is a huge day for Cleveland’s chances of winning the AFC North for the first time. They trail Baltimore by three games, but that would shrink to two with a win over Denver and a Ravens home loss to the Patriots on Sunday night.

But if the Ravens beat the Patriots — or the Browns lose to the Broncos — suddenly the climb would look much steeper. The Ravens would’ve beaten the Seahawks and Patriots after the Browns lost to them.

THE PICK: Not only have the Browns lost three straight, they’re facing quarterback Brandon Allen, who’s never taken an NFL snap in the regular season. Cleveland gets it done in the must-win. Browns 24, Broncos 17.