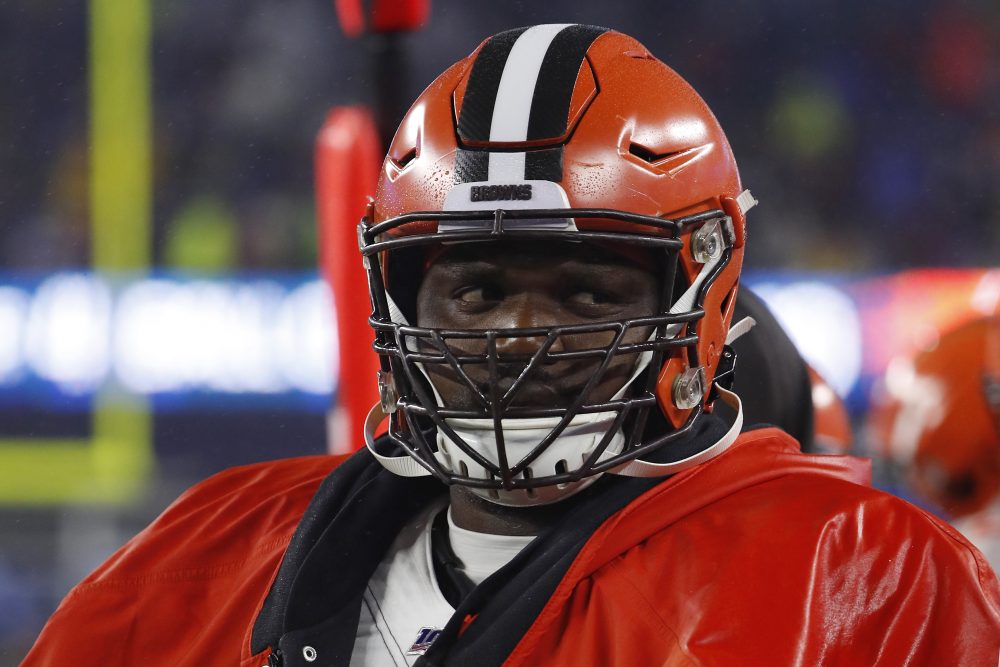 DENVER — The offensive line shuffle continues for the Browns.

Greg Robinson will start at left tackle and Wyatt Teller at right guard today against the Broncos.

Robinson had started 14 straight games, including the first six this season, before being benched last week against the Patriots coming out of the bye week. He was replaced by Justin McCray, who’s a natural guard and had never started at left tackle.

The coaching staff wanted more awareness and consistency from Robinson and was trying to send a message with the benching. Robinson, who signed a one-year, $7 million extension in February, apparently received it.

“I feel like I’ve basically owned up to my faults, the things that I can improve on,” he said Oct. 25. “All I was just asked for was just to be more consistent and that’s just my approach.”

Robinson believed then he had a good chance to win back his job.

“There’s a strong possibility,” he said. “I’ve been getting a lot of reps with the ones just to make sure I’m not caught off-guard and I respect that from the coaches.”

Teller, a fifth-round pick of the Bills in 2018, will make his first start with the Browns. He started seven games for the Bills as a rookie.

Teller played nine snaps against the Patriots, working in a rotation with starter Eric Kush. He earned a longer look.

Teller might be auditioning to keep the starting job, as rookie sixth-round pick Drew Forbes is eligible to come off injured reserve next week against the Bills and has been practicing for a couple of weeks.

The Browns’ inactives featured no surprises.

They will be without two of their top four safeties, as free safety Damarious Randall (hamstring) and safety/nickelback Eric Murray (knee) were ruled out Friday.

Randall will miss his second straight game after getting hurt at the end of the Seahawks game Oct. 13. Jermaine Whitehead is expected to start in his place.

Murray was injured Wednesday in practice and had knee surgery Friday. The Browns said his status will be evaluated on a week-to-week basis.

Murray had taken over the nickelback role, which will likely return to TJ Carrie. Juston Burris will be used alongside starters Morgan Burnett and Whitehad in three-safety packages.

Undrafted rookie tight end Stephen Carlson will make his NFL debut. The Princeton alum was signed from the practice squad Friday because of Brown’s injury and will serve as the third tight end behind Demetrius Harris and Ricky Seals-Jones.