Analysis: Plenty of blame to go around as dysfunction resurfaces 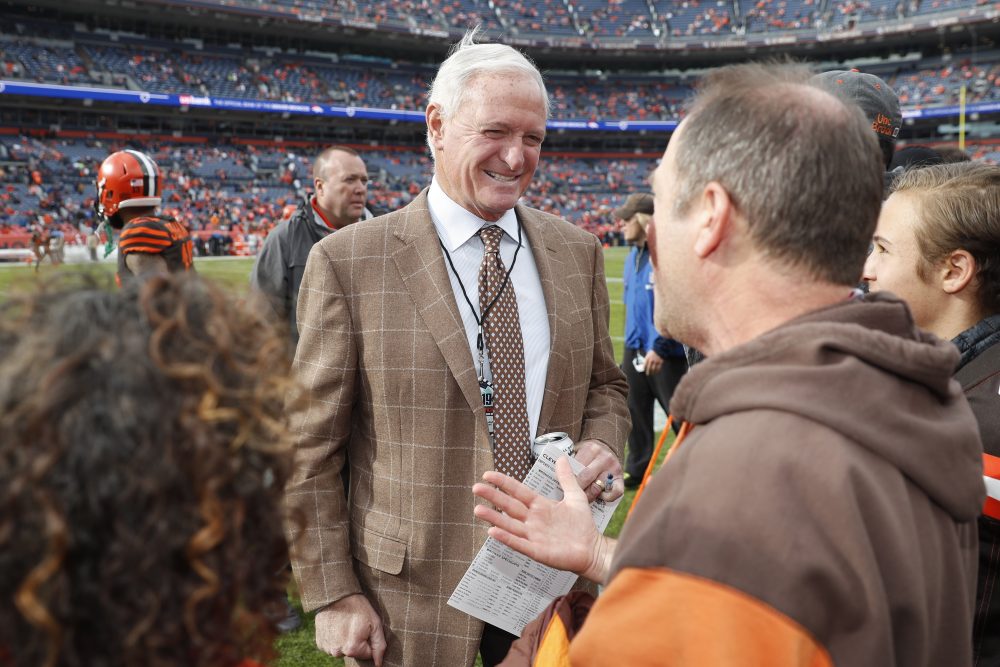 So many things wouldn’t matter if the Browns could score touchdowns in the red zone, make a timely tackle and win some games.

But they can’t. So everything is a red flag — not the kind coach Freddie Kitchens uses for unsuccessful replay challenges — and a sign of an organization lacking leadership, control and accountability.

An inexplicable obsession with cleats from a superstar receiver. A quarterback storming away from a midweek interview. The same quarterback shaving his facial hair twice after arriving at the stadium on gameday. A scary social media tirade from a safety coaches spent months raving about.

The dysfunction is back in Berea.

Kitchens isn’t getting fired today. Despite plenty of fans hoping he would.

Maybe he’ll make it through the season. Maybe a second-half surge will quiet some of the millions of doubts about his capability to lead a team.

Through eight games, and six losses, he’s done nothing to prove worthy of the faith shown by owners Dee and Jimmy Haslam and general manager John Dorsey. His team has lacked discipline and he’s been overmatched in the biggest moments, as a game manager and play caller.

But it’s unfair to pin all the troubles on Kitchens.

He stepped into an organization with a losing culture. And anyone who thought that had changed with a 7-8-1 record in 2018 and a good run from a rookie quarterback was fooled.

Strong cultures breed consistent success. They fix problems when they’re new and little, rather than letting them become a migraine. They grow stronger from struggles instead of imploding.

The culture inside Browns headquarters does none of that.

And it starts with the Haslams. I don’t doubt their good intentions regarding the team, but they’ve been unable to create the right environment. Bad hires, constant turnover and a lack of experience in the game have created this cycle.

Sure, he’s accumulated a ton of talent. The most since the franchise returned in 1999. But there’s more to his job.

He was in charge of the coach hire and picked Kitchens. He welcomed players with issues in their past, encouraged the big personalities to be themselves and counted on the coaching staff to make it work.

The NFL is way too complex to expect talent to win out. Chemistry, intelligence, selflessness and commitment matter.

All have been lacking in the 2-6 start that has eliminated the playoffs from the conversation for all but the delusional.

In golf players have a two-way miss when they’re going their worst. The Browns have their own version: They’re doing a lot of little things wrong and a lot of big things wrong.

A poor read by quarterback Baker Mayfield, a sloppy route by receiver Odell Beckham Jr. and a missed block from left tackle Greg Robinson can be filed under little things.

A game plan that doesn’t include Beckham in the red zone — three targets all season — Mayfield afraid to take shots downfield and a failure to adequately address the offensive line in the offseason must be categorized as big things.

Cutting safety Jermaine Whitehead on Monday morning was a decisive move and a necessary one after his threatening tweets Sunday in the minutes after the game. The Haslams and Dorsey shouldn’t stop there.

I’m not calling for more heads to roll. But it’s time for them to help their rookie coach deal with all the egos on the roster.

Pull Mayfield aside and tell him it’s not OK to cut short an interview because he doesn’t like a question or two. Ask Beckham to quiet the outside noise, whether it’s watches, visors or cleats, and devote eight weeks to nothing but football. That would go a long way with a young and impressionable team.

I didn’t see this train wreck coming. I predicted 10-6, improvement from Mayfield and a Pro Bowl year from Beckham.

Now that it’s here, the attention needs to be on finding solutions that will last.

I’ve written for years the Browns need a transformative figure, or two, to turn around an organization that’s been so awful for so long. It’s time to find out if they have those guys in Dorsey, Kitchens and Mayfield.

Two out of three will work.

Broncos 24, Browns 19: The breakdown — thumbs up, thumbs down, the matchups
Commentary: Kareem Hunt’s arrival might cause more confusion for Browns offense