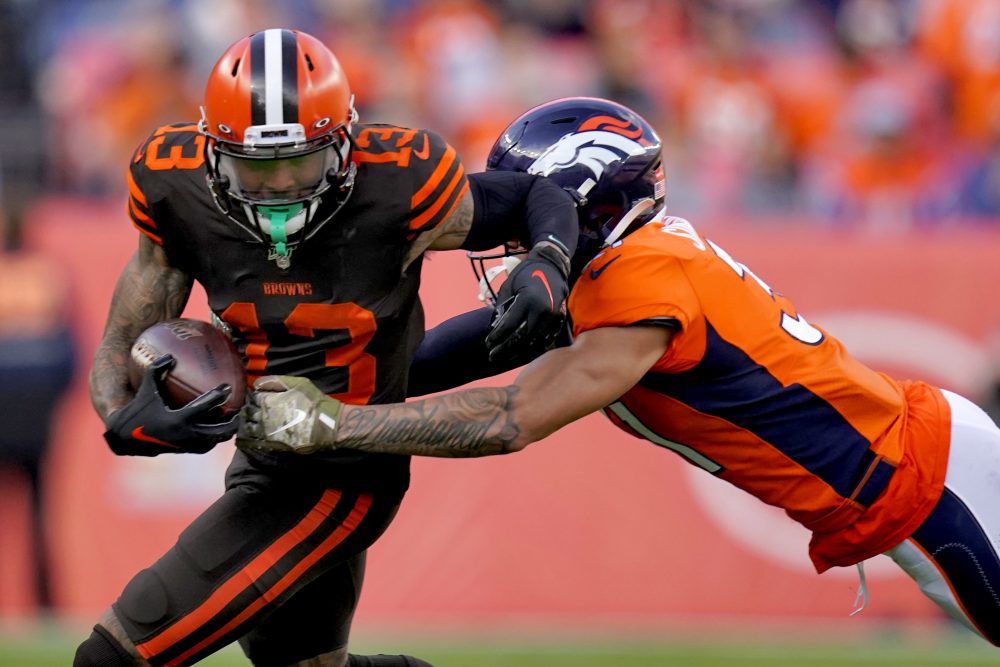 BEREA — Offensive coordinator Todd Monken agrees with the fans. Receiver Odell Beckham Jr. needs to get the ball more in the red zone, and receiver Rashard Higgins needs to get it, period.

Beckham is one of the league’s most talented receivers. He had 25 red zone touchdowns in five years with the Giants but has been targeted only three times inside the 20-yard line during his first eight games with the Browns, according to ESPN Stats & Info. His lone touchdown came on an 89-yard catch-and-run.

“Some of it is what they’re doing,” Monken said Thursday of opposing defenses. “Some of it is obviously what we’re doing and I’m talking about collectively, schematically. It’s not like we’re purposely looking one way or looking away from somebody.

“Obviously, when you have that few of targets to somebody like that, then you’ve got to take a look at it and say, ‘How do we get our playmakers the ball?’ That’s every part of the field. That’s really not just (in the red zone), but obviously with our struggles there, we’ve looked at that, and we’ll continue to look at it as we move forward.”

Higgins caught two passes for 46 yards in the opener before suffering a knee sprain. He returned to action Oct. 27 against the Patriots and had one catch for 2 yards in two targets in 13 snaps. He was shut out against the Broncos on one target in 15 plays.

“Well, first off it’s tough for Rashard just the way the year started and in terms of I thought he had a really good preseason camp and then had a real good start to the year and then got hurt,” Monken said. “Obviously last year they didn’t have Odell, so that’s part of it, as well. You had some other guys that were more role players, so all of a sudden, a player’s role changes, and he’s trying to find a niche, and we are, too.

“So it’s a little more complicated than that, but obviously he’s a guy that Baker (Mayfield) has real comfort in and we do have to get him more involved. We do. You’re right and have him be a bigger factor in what we do. Again, there’s only one ball, but it has been frustrating I’m sure for him and for us.”

With the yearlong offensive struggles with consistency and efficiency for the Browns (2-6) — 25th in scoring (19.0 points a game), 19th in yardage (346.0) — media and fans have clamored for coach Freddie Kitchens to give up play calling and hand it to Monken, who’s been successful in that role in the past.

“I came here knowing that I wasn’t going to be calling the plays, so it’s really a non-issue,” Monken said. “Like I always say, when you’re an assistant coach, and you take on a job, that was discussed before I came. So the bottom line is, I came knowing those parameters, so in the end, like any assistant, you do exactly what the head coach asks you to do and this is what he asks me to do on a daily, weekly basis, that’s what I do.

“So at this point, that hasn’t even been discussed. It’s been discussed more outwardly than it has inwardly, if that even makes sense.”