Disappointing defense has come up small in biggest moments but looking to fix that vs. Josh Allen and Bills, start winning streak 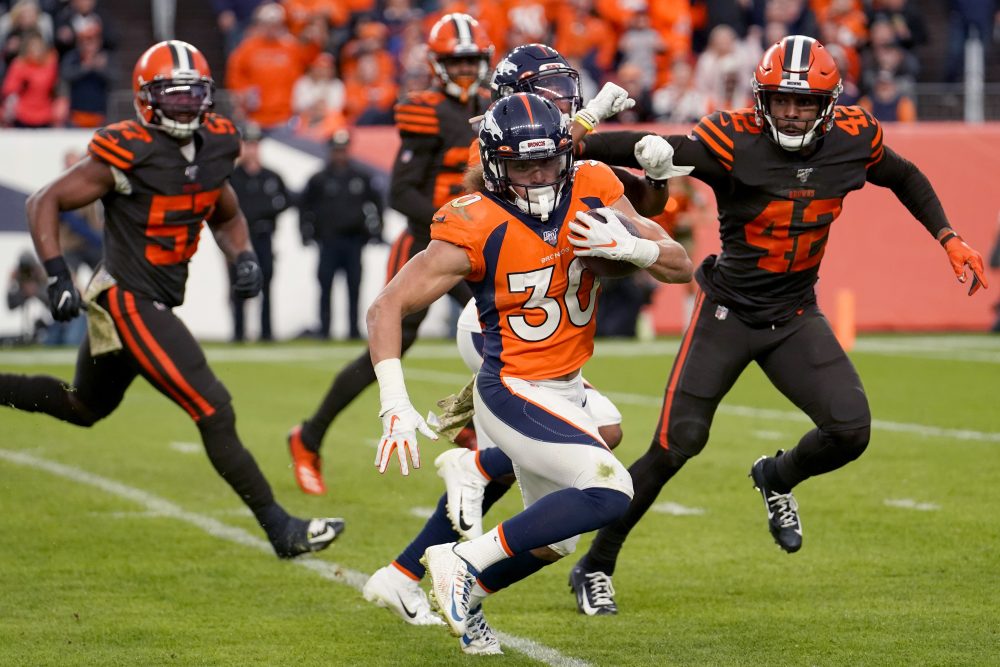 The disturbing trend began in the opener when Tennessee’s Derrick Henry took a screen pass 75 yards for a touchdown late in the third quarter. The Seahawks further exploited the deficiency with a touchdown drive to end the first half then the winner late in the fourth quarter after the Browns had retaken the lead. The Patriots piled on with a 59-yard screen pass on third-and-10 that led to a third-quarter touchdown after the Browns had pulled within a score.

The talented and hyped Browns defense has come up small in the biggest moments throughout the season.

The 24-19 loss to the Broncos last week provided three more examples in a game the Browns needed to win. The defense couldn’t get a stop when it mattered most, and the Browns fell to 2-6 to all but eliminate them from playoff contention.

“In this game of football, when you look at about 60-65 plays that we play, the game is going to be determined based upon maybe three or four plays,” coordinator Steve Wilks said during the week. “You always hope you are on the receiving end of those plays. Unfortunately, this past Sunday, we were not.”

The Browns cut into Denver’s lead twice in the first half, only to watch the Broncos score on the ensuing possessions. First with a 75-yard touchdown by tight end Noah Fant when three Browns missed tackles. Then with a field goal after Phillip Lindsay broke off a 40-yard run thanks to another missed tackle.

The poorly timed defensive lapses hurt on multiple levels. The points change the game and the loss of momentum is critical.

“Nobody ever knows what that moment is going to be, you’ve just got to keep playing,” defensive tackle Larry Ogunjobi said. “We’ve got to go out there and find a way to make a big moment. We can’t wait around for somebody to do it, we’ve got to go out and do it.”

The third defensive breakdown against the Broncos came after Baker Mayfield was stopped on a quarterback sneak inside the 5-yard line with 5:16 left in the third quarter. The Browns trailed 17-12, and a defensive stand would’ve provided another chance to take the lead.

They let the Broncos go 95 yards, capped by a 30-yard Lindsay touchdown run against little resistance.

“Those are the moments where you could definitely change the dynamic of a game,” cornerback TJ Carrie said. “Even if they punt it, we’re still in field goal range. So that was definitely a big momentum shift. We didn’t stop them, they went down, scored. Those are the things that one or two of those plays we get off the field, changes everything.

“Those are the ones that definitely stick with you.”

The 2-6 start is a story of underachievement across the roster. While much of the attention has been paid to the regression of Mayfield, the lack of impact from receiver Odell Beckham Jr. and the growing pains of first-year coach Freddie Kitchens, the defense shouldn’t escape the harsh spotlight.

The front four that was supposed to dominate hasn’t. The individual performances have looked good, including end Myles Garrett with 10 sacks, but as a unit it’s been unable to consistently stop the run.

“Tackling has been something that we’ve put a major focus on because the amount of missed tackles that we have has definitely led to big plays,” Carrie said. “And you eliminate the tackling issues and you don’t have those three or four plays. You might have one. And that can change the dynamic of a game.”

The Browns are trying to change the dynamic of the season with a three-game homestand beginning Sunday against the Bills (6-2) but are 0-3 at home and could feel the wrath of a disappointed fan base if they get off to a bad start.

“We’re working twice as hard to get them a dub,” defensive tackle Sheldon Richardson said. “And we’ll keep the dubs rolling. We feel the intensity, the pressure in the air for getting a dub, and we want it just as bad as y’all do and I promise you we’re going to go out and get one.”

“It sucks that we haven’t won at home for our fans, and our fans came into the season very excited for us, been supporting us,” running back Nick Chubb said. “It’s time we got a win for this city. We have a great chance to do it this weekend.”

While no team to start 2-6 has made the playoffs since divisional realignment in 2002, the Browns still have faith. Garrett and free safety Damarious Randall said a closing eight-game winning streak was doable, and strong safety Morgan Burnett believes they still have a chance to reach the playoffs despite trailing the Ravens by four games in the AFC North.

“I feel like we still have everything right in front of us and all we have to do is find a way to win one game,” he said.

“We’ve got to win games, brother,” Randall said. “I don’t care where the game’s at. The game could be on the moon.”

No matter the location, the defense must quit being so maddening.

It’s tied for fourth in the NFL with 54 negative plays and tied for 10th with only 30 plays of 20 yards allowed. Yet the big plays have come at the worst times.

And the defense hasn’t created nearly enough of its own, with four interceptions and five fumble recoveries — only six teams have fewer takeaways.

“When the plays come to you, you get your opportunity, you’ve got to make the plays,” said rookie cornerback Greedy Williams, who missed a tackle on Fant’s touchdown last week. “That’s why we’re DBs, that’s our job to make plays on the ball when we’re getting the opportunity.”

Because of Allen’s fumbling history Randall said he’d talk to him during the game to get in his head. But he’s not overlooking Allen, who’s rushed 61 times for 247 yards and four touchdowns.

“You see a guy that can take over a game,” Randall said. “I mean, big, 6-5 quarterback that can scramble around in the pocket and make all the throws, can throw the ball 65, 70, 80 yards down the field. He looks very elusive. He can make anybody miss in the open field. I saw him stiff-arm a defensive tackle before.

“So just whenever you’ve got a quarterback like that, you’ve definitely got to account for him in the running game.”

Run or pass, quarterbacks have had their way against the Browns. They’ve thrown 16 touchdowns to four interceptions for a 103.6 rating.

Another area for the disappointing defense to clean up. Just like the meltdowns in major moments.

“Well, you just can’t allow those big plays to happen,” Garrett said. “You’ve got to get guys down. Those are the moments we have to bow up and get the job done. And we didn’t. We’ve got eight more opportunities.”

Myles Garrett believes a run to 10-6 is possible and is ready for bigger role, to “win it my darn self”
Dream come true: Rashard Higgins reappears, catches winning TD vs. Bills