Notes: Baker Mayfield lectures fans to be quiet when offense has the ball 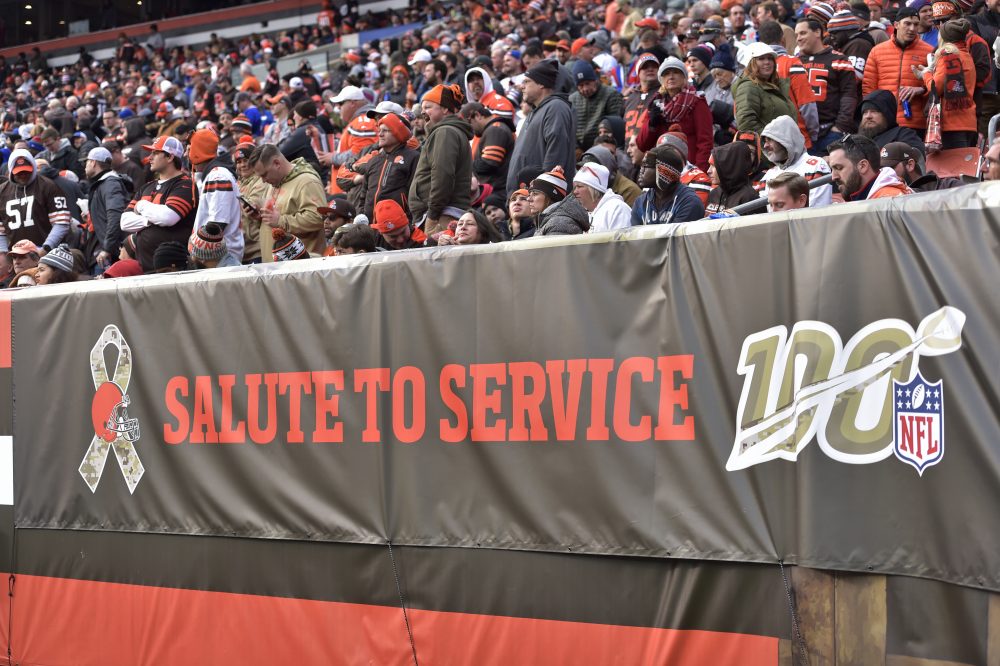 He lectured Browns fans Tuesday about when to cheer.

In the minutes following the 19-16 win over the Bills, Mayfield mentioned the crowd noise being “a little loud” when the offense had the ball. Thousands of Buffalo fans were at the game, but Mayfield was clear Wednesday he wasn’t referencing them.

“It was not that. It was just the fact that we were on offense, and we need it to be quiet,” he said. “It might have ruffled some feathers, but once again, that is OK.

“When we are on offense on a critical down, we need to be able to have silence in our home stadium. It has to be an advantage for us, and then when they get the ball, it has to be really loud. It is just football.”

#Browns QB Baker Mayfield reiterates what he said after game: stadium needs to be quiet when offense has ball. pic.twitter.com/PsaHLr3p45

After the game he cited the crowd noise on the fourth-down false start penalty on right tackle Chris Hubbard in the second quarter and during the winning drive in the final minutes.

Hubbard said the noise played a part in his penalty, and left guard Joel Bitonio agreed it was an issue on multiple occasions.

Mayfield to renew rivalry with Mason Rudolph, a Steelers defense that’s been dominating

The Steelers fans are recognized for following their team on the road and could be a factor Thursday night when the Browns host their rival.

“You know Pittsburgh’s going to travel no matter where they go and you’re ready for it,” Bitonio said. “You do what you need to do and be ready to make plays.”

Coach Freddie Kitchens talks often about playing with passion but not emotion, and the officials felt receiver Jarvis Landry crossed the line when he got in the face of Bills cornerback Levi Wallace after catching a touchdown. He was penalized 15 yards for taunting but said after the game he’d do the same thing.

“I just don’t like penalties,” Kitchens said. “I’m not going to question whether or not it was a penalty, but they threw the flag, I don’t like that. We don’t need to do things that get us penalties.”

He spoke to the players about keeping their composure against the Steelers and not drawing 15-yard penalties.

“Just the general nature of playing a division opponent, people that you see twice a year, it does get chippy at times,” Mayfield said. “With the Steelers and their nature of how they like to play, it is physical, they like to try and bully you and try and play their game. We have to keep our heads and do our job, and that is the focus.”

Using running back Kareem Hunt alongside Nick Chubb could be the easy solution to the goal-line problems against the Bills, but the linemen said the responsibility falls on them.

“We have to get movement and we have to open up a hole,” center JC Tretter said. “We can do some different things, but in the end, that’s really kind of a rugby scrum down there and we’ve just got to get them moving a little bit and give the backs a crease to either run through or jump over or whatever it takes.”

The Browns ran Chubb five times from the 1-yard line and once from the 2 against Buffalo and he was stuffed each time.

“We have to execute as far as the O-line and the offense,” right tackle Chris Hubbard said. “Holding up blocks. Chubb or Kareem or whoever is back here, make sure they have a lane to be able to score.”

Chad Thomas started for Vernon against the Bills and got his second career sack.

“It was cool. I did something,” he said. “I still feel like I left some plays out there.”

** Defensive back Eric Murray (knee) was ruled out for Thursday. He had knee surgery Nov. 1 and will miss his third straight game.

** Tight end Ricky Seals-Jones (knee) was limited in the light practice and will be a gameday decision.

Receiver Antonio Callaway practiced after being benched Sunday for disciplinary reasons. Kitchens said it was a one-game punishment, and Mayfield said he expects Callaway back in the rotation against the Steelers.

“Yeah, we are preparing like it, so we will see what the coaches decide playing time-wise,” he said.

Mayfield, a captain, said he didn’t feel the need to talk to Callaway about the situation.

“I’m working just to help this team out,” Chubb said. “I know I have a good chance of leading the league in rushing, but it’s not my one goal. I’m not trying to count my stats, count my numbers or anything like that. I’m just doing whatever I can to make this team better.”

Rookie offensive lineman Drew Forbes could be activated from injured reserve to take the roster spot. Forbes must be activated by Thursday or stay on IR for the rest of the year.

Notes: Freddie Kitchens says benching of Antonio Callaway was one-game punishment
Notes: Larry Ogunjobi says adrenaline will get him through Steelers game on short week after playing all but one snap against Bills