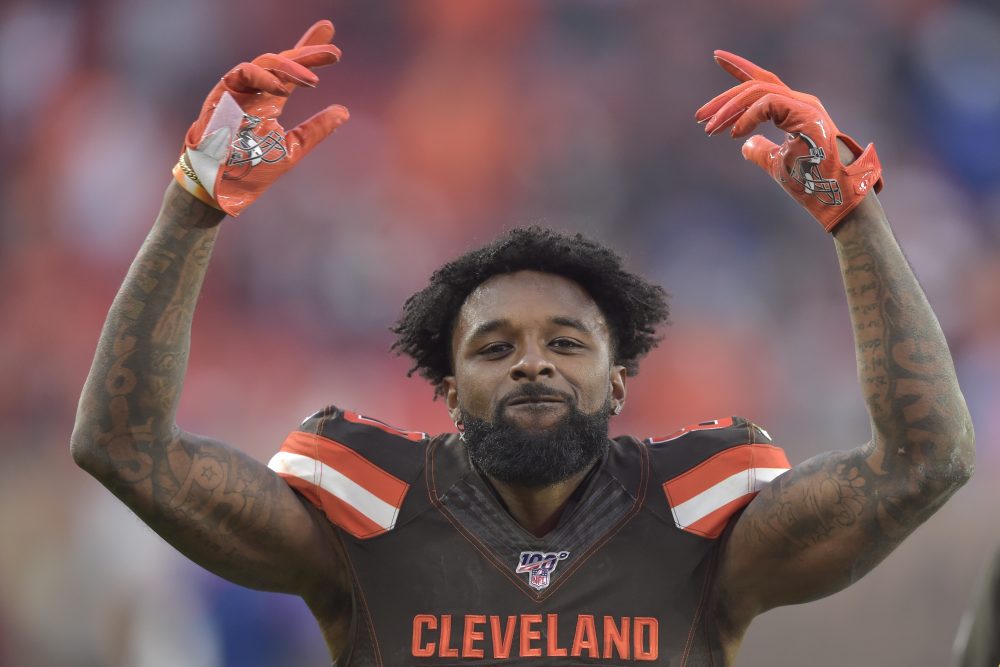 Facing the Steelers always heightens the senses, sharpens the focus and gets the blood bumping.

Serving as, in essence, an elimination game makes it impossible to exaggerate the importance of Thursday night’s game to the Browns.

The Browns believe they have a chance to go to the playoffs despite being 3-6. They know they probably have to win the rest of their games.

“We’ve gotten to the point now where there aren’t many chances for a step back without us being knocked out,” center JC Tretter said. “There’s no tomorrow if things don’t go well. So I think we have to be alert and focused more than ever.”

His teammates realize the magnitude of the moment.

“Need this one. Got to keep our playoff hopes alive,” defensive tackle Sheldon Richardson said. “It’s honestly just that simple. It’s not Chinese arithmetic. It’s just every game’s gotta be treated like this.”

Even speaking the P-word is presumptuous given the first half of the season.

No team has started 2-6 and made the playoffs since divisional realignment in 2002. The Browns haven’t won two straight this year and had lost four in a row before rallying to beat the Bills 19-16 on Sunday. They trail the Ravens (7-2) by four games and the Steelers (5-4) by two in the AFC North, and 11 teams total in the AFC.

But the Browns haven’t lost faith in their talent, see signs of it coming together and continue to talk about making a historic run. They will likely have to win the final seven games, or at least six of them, to have a shot at the postseason.

Kitchens wants his players’ attention on only the Steelers. Especially after many of them were looking toward the playoffs in July. Quarterback Baker Mayfield delivered the message by stressing the need for a “singular focus.”

There’s no escaping where the Browns stand.

“We have no more time to waste,” Carrie said. “This is a critical game and every game after this is going to be critical. But right now we’re facing the Steelers and this is the opponent in front of us.”

The Browns have been talking about stacking wins since beating the Jets in Week 2, yet the tower hasn’t gotten past the first floor. The best chance to start a run came after what seemed like a transformative 40-25 win in Baltimore in Week 4, but the Browns lost 31-3 the next week at San Francisco and didn’t win again until Sunday.

The victory against the Bills is nothing more until they prove otherwise.

“So you can’t really rely on momentum,” Tretter said. “It’s great just to get some positive stuff flowing, but each week is kind of a different challenge and we can’t go in thinking that now we’ve got this momentum behind us that we can just trot out there and win. We’ve got an absolute battle ahead of us this week, and we have to go face that.”

The Steelers are the antithesis of the overhyped and underachieving Browns. Pittsburgh was given up for dead at 0-3 and with quarterback Ben Roethlisberger lost for the season with an elbow injury. But under coach Mike Tomlin’s direction the Steelers came together, refused to quit and have won four in a row to sit in the second AFC wild card spot.

“They play with an intensity and we have to match that or play with even more,” left guard Joel Bitonio said. “That’s been their mantra forever. They want to out-tough, outphysical the opponents. They try and intimidate people that way. I’ve been in enough of these games now where you have to be ready for, hey, at some point they’re going to make a big play on offense or defense and we have to be ready to respond.

“I think it’s good for us being on a short week, in the sense where we’ve kind of been a roller-coaster team. When we win, we don’t always play well the next week, but we can have a short week and stay focused and we can come into it and hopefully keep it rolling a little bit.”

When Roethlisberger went down — he’s 23-2-1 against the Browns — it was natural to assume the path got easier for the Browns. That may turn out to be the case with two meetings within the next three weeks, but the Steelers proved something about their organization with how they handled the early adversity.

“I’ve been over there and been through hard times with those guys. Those guys are going to stick together,” said right tackle Chris Hubbard, who was with Pittsburgh from 2014-17. “They continue to fight each day through practice and they hold each other accountable. That’s one of those things that Coach Tomlin harps on — keeping guys accountable and then making the players make changes and making sure they’re of one accord.”

The Browns feel this season is a testament to the culture the Steelers have built over the decades. They’re second in the NFL with 268 wins since free agency began in 1993 and first with 471 since the AFL-NFL merger in 1970. They’re trying to extend their streak of 15 straight seasons finishing at .500 or better.

“It’s impressive,” Bitonio said. “They fight. I think they rallied around their defense and their culture and said, ‘Hey, we’re not giving up on this season.’”

“They’re a team that knows how to win, they’ve been winning for a long time,” defensive tackle Larry Ogunjobi said.

Kitchens credited Tomlin, calling him one of the best coaches in the league.

“Guys just have not blinked,” Tomlin said. “There is going to be misery at times in the course of the journey that is a season. Just like life, you have to smile in the face of adversity and be ready for the next challenge.

“That is regardless of the outcome, win or lose, because in this game, the next Sunday is coming. We just have a big-time respect for that. We try to show that respect with our actions and our focus, and let the chips fall where they may.”

Baker Mayfield to renew rivalry with Mason Rudolph and a Steelers defense that’s been dominating
Browns return to practice field, try to refocus amid fallout from brawl with Steelers