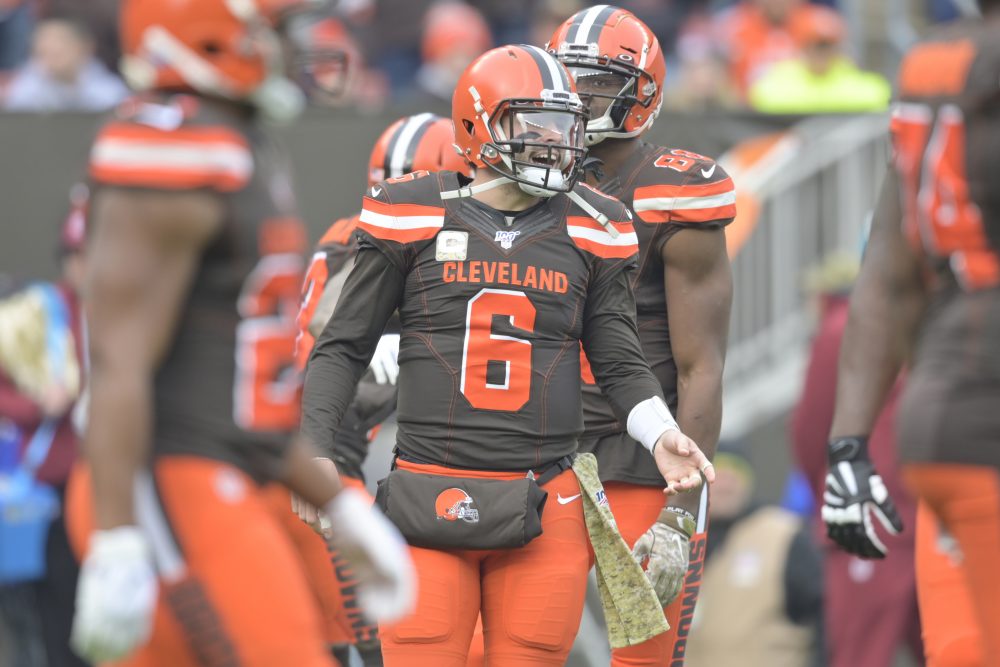 The Steelers deserve a ton of credit for fighting through the 0-3 start and loss of quarterback Ben Roethlisberger to win four straight games and get in playoff position. Their defense is legit and opportunistic, and quarterback Mason Rudolph is composed and competent.

But I don’t see the Steelers as a team that should win five in a row.

Just like I don’t see the Browns as a team without two straight wins nine games into the season.

I believe a course correction is coming Thursday night.

This isn’t to say the Browns are guaranteed to win. Or will win easily.

I’m just saying this feels like a game the Browns will win. They’re more desperate than the Steelers, and often that’s the difference in the NFL.

The keys for the Browns are simple: Don’t turn it over, don’t let Steelers running back James Conner go wild and rely heavily on Nick Chubb and Kareem Hunt.

If the Browns can do that, they will have a good chance at the end. Then it’s up to Baker Mayfield, Odell Beckham Jr., Jarvis Landry or Myles Garrett to make a play.

THE PICK: If the Browns stay close in the turnover battle and don’t let the Steelers defense score, they’ll be in position to win two straight for the first time this year. I think they get it done. Browns 20, Steelers 16.