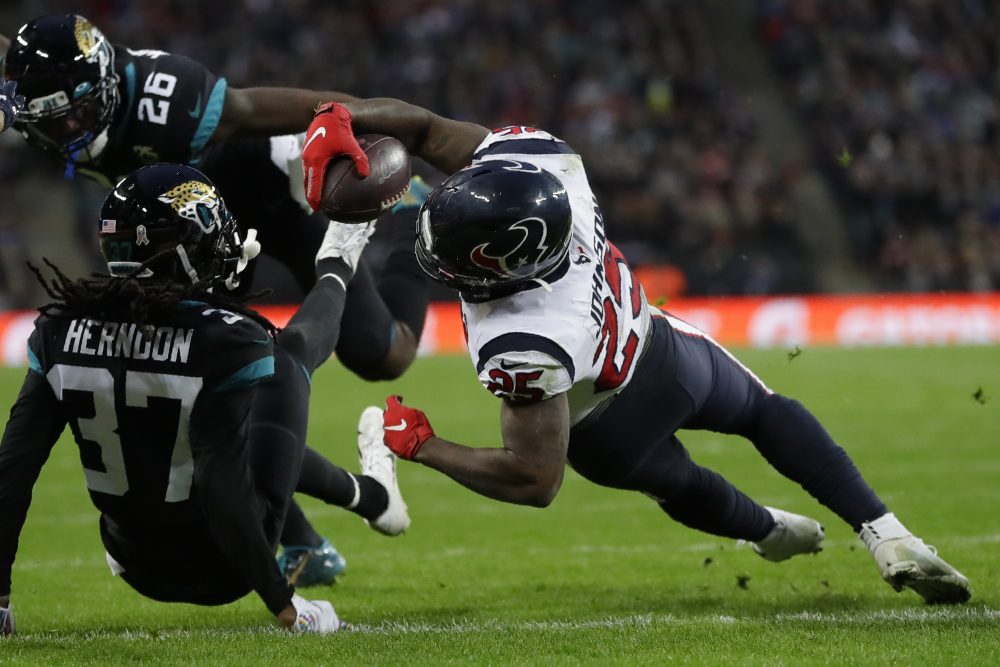 In a difficult week, when a win over the Steelers felt like a loss, the Browns finally got some good news.

Running back Duke Johnson was active for his 10th game for the Houston Texans on Sunday against the Ravens. That means the Browns will get the Texans’ third-round pick in the 2020 draft.

The Browns traded Johnson to Houston in August for a fourth-round pick that became a third-rounder if he was active for 10 games.

Johnson has started one game this year. He’s rushed 60 times for 327 yards and a touchdown and caught 24 passes for 232 yards and two touchdowns.