Notes: Coach Mike Tomlin dismisses Steelers’ role in brawl — “I don’t know that we did anything to make it happen” 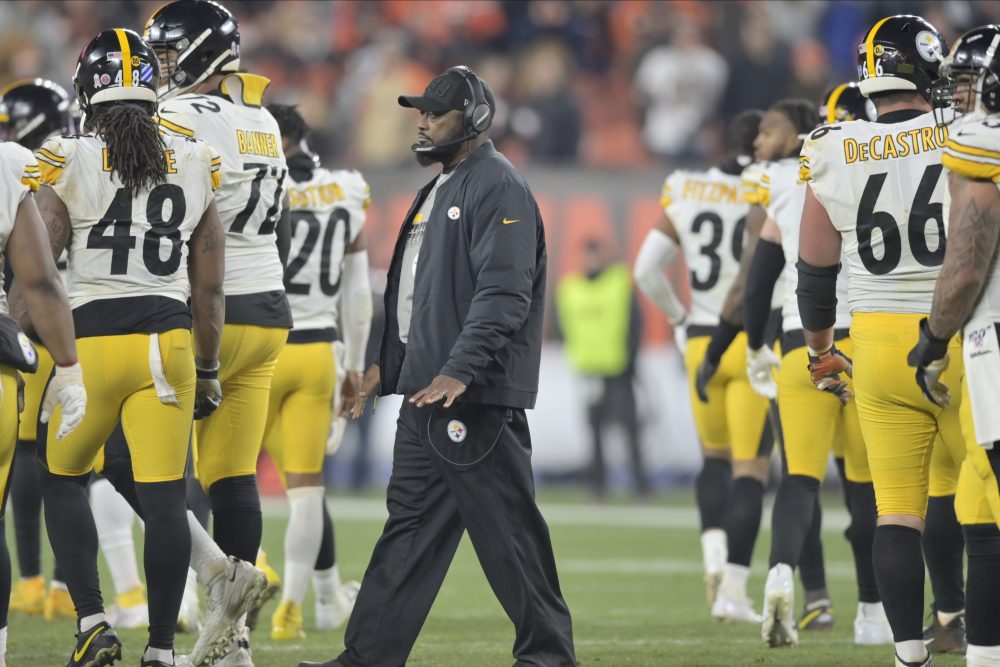 Coach Mike Tomlin opened his news conference Tuesday by saying the Steelers accept responsibility for their actions in the brawl in the final seconds of the Browns’ 21-7 win Thursday night.

Then he dismissed the role the Steelers played in the fight that led to three players being suspended.

“Nothing to learn there,” Tomlin said.

He was later asked how to prevent another such incident.

“I don’t know. You’ve got to ask those guys,” he said. “You know, I don’t know that we did anything to make it happen anyway in the first place. That’s why I said we didn’t have anything to learn from it.”

All three are appealing. Ogunjobi’s hearing was Monday, but a ruling hadn’t been issued by Tuesday. Pouncey’s appeal was Tuesday, and Garrett’s was scheduled for Wednesday morning in New York.

The Browns acknowledged the egregious nature of Garrett’s actions, and Garrett apologized to his teammates, Rudolph, the NFL and fans.

Defensive tackle Sheldon Richardson said Monday that Garrett’s suspension should be reduced on appeal, and that he was “very surprised” Rudolph wasn’t suspended.

Rudolph tried to yank off Garrett’s helmet at the beginning of the altercation and tried to push Garrett off him with his foot that was in Garrett’s groin. He also chased after Garrett when they’d been separated, leading to the blow with the helmet.

“It’s on camera what he’s doing. There’s no hiding it no matter what he says in the media. It is what it is,” Richardson said. “You can’t antagonize a fight and then claim bully after getting what’s coming to you.”

The Browns and Steelers organizations were fined $250,000 apiece by the NFL for the severity of the fight, which occurred on national TV.

“It was ugly. It was ugly for the game of football,” Tomlin said in his opening statement. “All of us want to safeguard and protect the game, its integrity, and in that instance it was compromised, obviously with the unfortunate incident.

“None of us want those things to transpire. It did. We were a part of it. We accept responsibility for our actions within it.”

Steelers receivers JuJu Smith-Schuster and Diontae Johnson were knocked from the game with concussions after helmet-to-helmet hits by the Browns, and safety Damarious Randall was ejected for the hit that caused Johnson to bleed from the ear. Tomlin declined to answer when asked if the Browns were “headhunting.”

Strong safety Morgan Burnett had surgery and was placed on season-ending injured reserve after suffering a torn Achilles tendon in the game against the Steelers.

He was injured in the second quarter.

Juston Burris was listed as Burnett’s replacement on the unofficial depth chart.