Jarvis Landry expected to take competitiveness, passion to another level in reunion with Dolphins 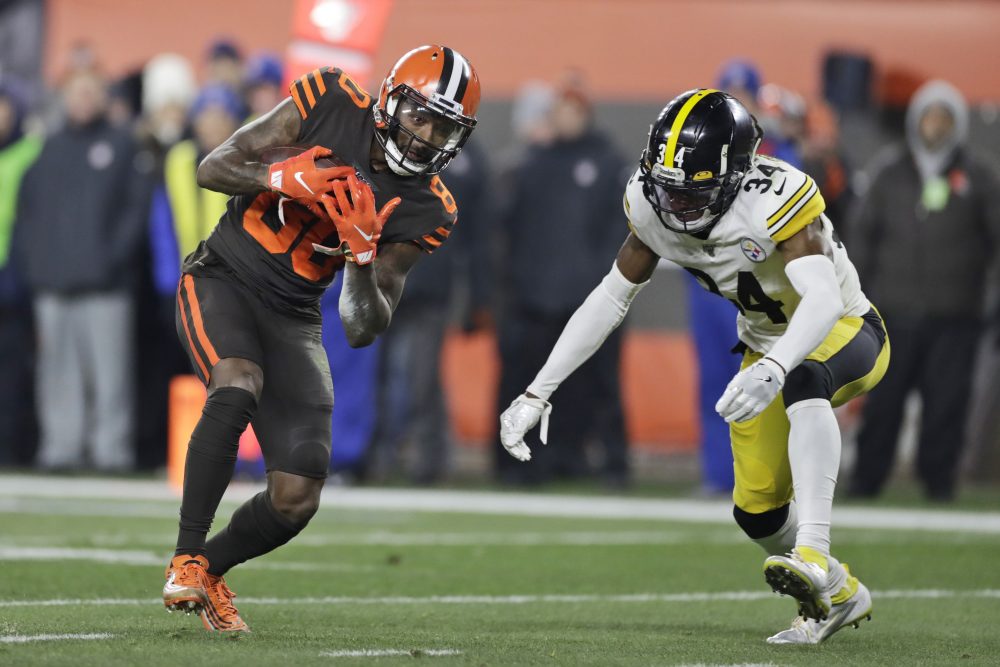 Landry will no doubt show off his competitive desire Sunday in a matchup with the Dolphins. They drafted him in the second round in 2014 but wouldn’t pay him the money he wanted when his rookie deal expired. They applied the franchise tag, then traded him to the Browns in March 2018 for fourth and seventh-round draft picks.

“Anytime someone gives up on you it’s motivating,” receiver and best friend Odell Beckham Jr. said. “And it’s not even so much to prove them wrong, that’s all ego-based. It’s more like confidence within yourself, just to know who you truly are.

Landry has been looking forward to the meeting since he was dealt despite catching 400 passes in four seasons in Miami.

“No, it wasn’t circled … I’m lying. I’m lying,” he said. “It’s definitely an emotional period for me, just knowing that was the place I was drafted at, a lot of history, a lot of the things I did career-wise started there. It’s going to be good to see a couple guys that I still have contact with and play against ’em.”

Landry rips NFL for how it handled suspensions, appeals

Landry didn’t win as much as he wanted in Miami and butted heads with then-coach Adam Gase. Beckham lived the frustration in real time, which is why Landry’s duel with the Dolphins means more to Beckham.

Many fans learned about Landry’s fire during his “contagious” speech on “Hard Knocks” last season. His coaches and teammates see it every day.

“When you talk about Jarvis Landry, the first word that needs to come out of your mouth is a competitor,” Kitchens said Friday. “He competes every time he touches the football field. He is all about competition. The more guys you have like that in your program, the better off you are.”

Quarterback Baker Mayfield was voted the team’s offensive captain, but Landry remains one of the primary leaders on the young Browns (4-6).

“Jarvis is an unbelievable teammate and an even better guy to have in your locker room, just the person he is, what he stands for, his values. The family aspect that he brings,” Mayfield said. “He’s a guy that plays with so much passion. That’s the great part about him on the field, but being a leader and a role model for everyone in this locker room every day, it goes much farther than that.”

The reunion of “Juice” and the Dolphins (2-8) brings juice to a matchup that otherwise lacks sizzle. And Landry brings a hot hand.

He has 19 catches for 191 yards in the last three games, including a touchdown in each. He’s passed Beckham for the team lead with 49 catches, 695 receiving yards and three TDs.

“Baker has a load of confidence in Jarvis in terms of where he will be and in terms of the plays he can make.”

Landry hit the ground running in the NFL, ranking second all time with 194 catches in his first two years and tying Beckham for first with 299 through three years. Landry’s pulled away since, taking the lead after four and five years and passing Houston’s DeAndre Hopkins last week for the most in a player’s first six seasons with 530.

“It’s something that goal-wise I’ve set for myself that a part of me feels good or felt proud about,” Landry said. “But I’m not content, I’m not complacent with it.

“I wish a lot more of those catches translated into wins. There’s still a lot of things I can do better to help this team down the road.”

Baker Mayfield, Kareem Hunt try to help Myles Garrett get through difficult time by relating their experiences
Browns believe they will not only handle controversy and challenge of last 10 days but be galvanized with us-against-the-world mindset