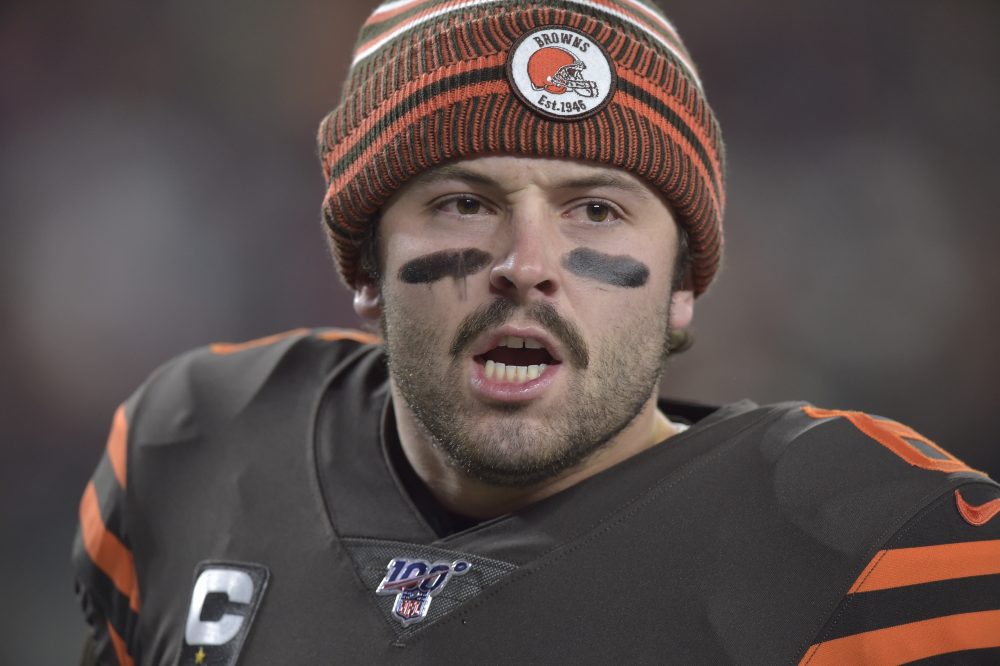 Odell Beckham Jr. only needs to look down at his arm for inspiration on how the Browns can deal with the trauma of the past 10 days.

Martin Luther King Jr. wasn’t talking about football, but his quote is relevant as the Browns head into a must-win matchup against the Dolphins on Sunday at FirstEnergy Stadium.

The Browns have been enveloped in controversy since defensive end Myles Garrett clubbed Steelers quarterback Mason Rudolph over the head with Rudolph’s helmet Nov. 14. The controversy reached another level when Garrett accused Rudolph of calling him a racial slur before the fight.

The challenge is cutting through the distraction and applying complete focus to beating the Dolphins.

“So as long as we stick together as a team, I feel very confident in this group that we can go out and get a win this weekend. But it’s never going to be easy. This is one of the 32 best teams in the world with some of the best players in the world, so you never can forget that. You’ve got to come out prepared and ready to win.”

The aftermath from the brawl was felt all week. It’s the biggest story in the NFL, especially Garrett’s role, and isn’t going away anytime soon.

Fines from Browns-Steelers game climb above $800,000

The repercussions are also tangible, with Garrett suspended for the rest of the year and defensive tackle Larry Ogunjobi for the Dolphins game. The Browns are also dealing with injuries to end Olivier Vernon and safeties Morgan Burnett and Eric Murray.

“It’s opportunities for guys to make it, make plays,” said defensive tackle Sheldon Richardson, the only starter on the line who will face Miami. “That’s how we look at it, honestly.”

Garrett’s appeal was denied late Thursday afternoon, so it was still a topic of conversation Friday. And people were already looking ahead to the rematch in Pittsburgh on Dec. 1, at least outside the locker room.

“We focus on this game, obviously,” receiver Jarvis Landry said. “We’re upset about the decision made, and the way it was handled, but obviously we know what we have to do and I know we have Myles’ full support in trying to make this run and he’s still a part of this family, a part of this team and he knows that, he believes that and we’ve got his back.”

Free safety Damarious Randall acknowledged the distractions from the brawl will linger.

“It’s going to continue to hang over and it is what it is,” he said. “That’s just the nature of the business.”

But he liked how the team took care of its business during the practice week.

“The NFL is about winning games and we know our back’s against the wall and we know we’ve got to win.”

Randall added there was “no way” the Browns (4-6) would look past the Dolphins (2-8). The Browns have won two straight but remain a long shot to make the playoffs and might have to win out.

The concern is whether the players had the necessary focus and attention to detail to adequately prepare for the Dolphins as everything swirled around them.

“Our mental errors during the course of the week have been down, and that is one indication that they are focused and concentrated on what their job is,” coach Freddie Kitchens said.

The Browns aren’t strangers to adversity. Or the national spotlight. After an offseason of hype and playoff expectations, the Browns lost the opener 43-13 to the Titans and started 2-6.

Beckham believes that prepared the Browns for now.

“Because we’ve been dealing with issues that would have us not focus since I got traded here,” he said. “It’s nothing new. It’s just the same speculations and noise and talk. It’s just all talk. When we get to the field, we’ve just got to play. We can’t focus about any games that we coulda, shoulda, woulda won, we can’t focus on the games we’ve already won, we’ve got to be 1-0 this week.”

Kitchens has been preaching that message since the loss at Denver on Nov. 3. He’s also tried to form a culture of caring within the team, which is needed now.

“When you do that and something happens, it kind of galvanizes you from the standpoint of you realize at that point you are in it together and you are all that each other have,” he said. “That is where we come up with the term that you run toward each other in times of adversity rather than run away.

“I think the quicker we realize that we are in it together and that is it, and the city of Cleveland is in this together and that is it, we have to work extra hard to have determination and focus on what we have to do in that very moment and stay in the moment, then it will be to all of our benefit. I think that is what we have done. I think we have continued that over the past month and I do not see anything other than that moving forward.”

The Browns believe the tough times have created togetherness.

“Adversity just brings us closer,” running back Nick Chubb said. “We know it hasn’t been easy for us at all, but this team has stuck together, and I don’t see that changing.”

Special teams coordinator Mike Priefer was born in Cleveland before traveling the world. He still has the mindset.

“It is us against the world,” he said.

Jarvis Landry expected to take competitiveness, passion to another level in reunion with Dolphins
Odell Beckham Jr. is right on with prediction of big day for Jarvis Landry, then joins in fun as both reach end zone