Mailbag: Where does all the fine money go? Why is kicking into the Dawg Pound so tough? Have special teams been better than offense and defense? 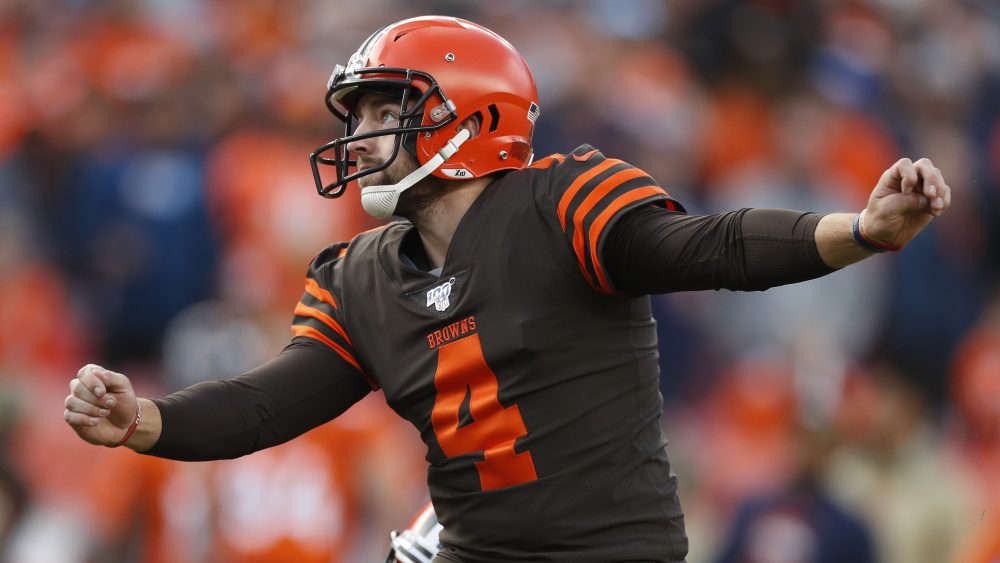 Q: Where does all this money go from these fines? Seems like every week there are fines from just about every game!

A: This was a popular question following the disciplining of 33 players after the Browns-Steelers brawl Nov. 14. Three other Browns players were fined for hits to the head earlier in the game, and the fine total from the game, including $250,000 for each organization, reached $809,628.

The fine money doesn’t go to the NFL. It goes to programs for former players. The league and players union agreed to donate the money through the NFL Foundation to the NFL Player Care Foundation and the Gene Upshaw Players Association’s Players Assistance Trust.

So all the helmet-to-helmet shots and punches thrown during the course of a season do some good.

Q: Why is it that kickers, not just Austin Seibert, have struggled kicking into the Dawg Pound end? Is it the wind or other factors?

A: It’s all about the wind.

Special teams coordinator Mike Priefer said the wind is unpredictable at that end and, more importantly, tough to gauge based on the flags waving at different points of FirstEnergy Stadium. Priefer said Seibert’s first miss against the Steelers was a push, but the second was well-struck and the wind just knocked it wide right.

The wind pattern is so complicated that Phil Dawson spent years trying to figure it out and kept detailed notes. Success is part science, part art, part execution and part luck.

In case you haven’t seen this startling stat: All the kicks missed at the stadium this season have come at the Dawg Pound end, including Seibert’s five — three extra points and two field goals.

Q: If we wear brown & orange, we certainly can’t listen to ESPN’s opinions … So if coach Freddie Kitchens would not let the racial slur cat out of the bag on game night, then how the heck does it get out to an ESPN reporter before the NFL can make any judgment behind its ruling walls?

A: Kitchens still won’t reveal if Myles Garrett told him about the accusation of a racial slur by Steelers quarterback Mason Rudolph the day after the brawl, but certainly insinuated it by saying he believes anything Garrett says. So I don’t think there’s any way Kitchens leaked the information to ESPN.

Who did remains a mystery. I have my theories, and the leading one is that someone from the league put it out to show the accusation was taken into account before the appeal was denied. The league quickly followed by saying it found “no such evidence” to support Garrett’s claim. In any case, it was shady. Garrett’s “testimony” was supposed to be private.

One final thing: The appeal ruling wasn’t made by the NFL. It was by appeals officer James Thrash, who was jointly appointed by the league and players union.

Q: Would you say that the Browns special teams have outperformed the defense and offense so far this season?

I think it’s close but will say yes.

The special teams haven’t been dominant but have been much approved under new coordinator Mike Priefer. The return game has lacked big plays, but the coverage units have generally been solid. And the best part is the pair of rookie kickers. Austin Seibert made his first 16 field goals before two misses against the Steelers, and punter Jamie Gillan has been outstanding and still has a ton of untapped potential.

Mailbag: Will Browns be favorites rest of way? What’s plan at defensive end? Is Sheldrick Redwine ready for bigger role?
Mailbag: What’s the key matchup in rematch with Steelers? Was Freddie Kitchens’ T-shirt choice a bad idea? Who are top jersey recommendations for Christmas?