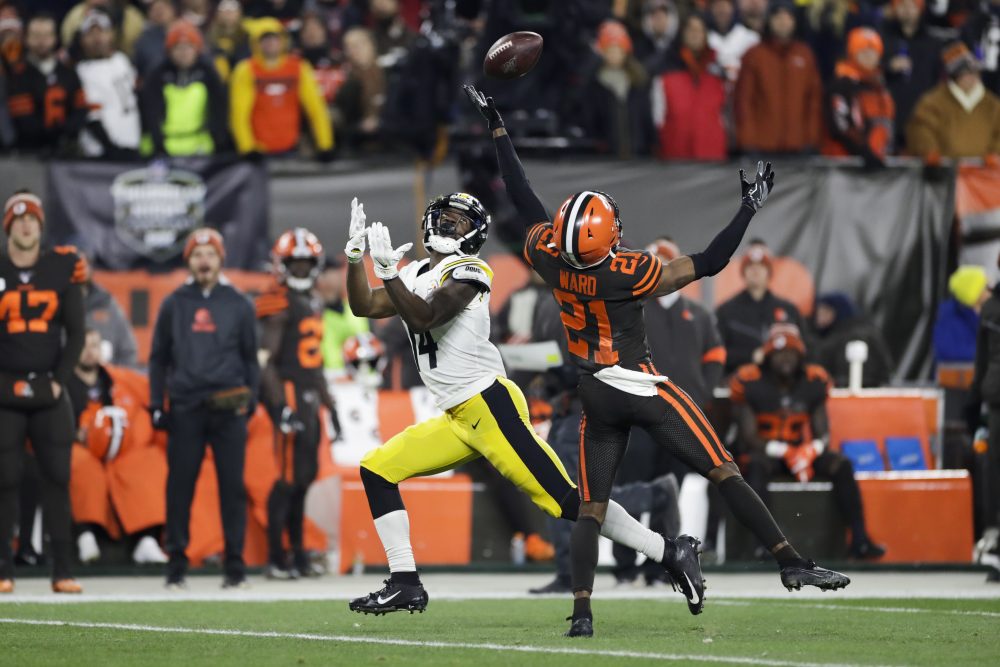 Defensive coordinator Steve Wilks went out of his way to praise Denzel Ward’s improved performance last week, saying he was “playing lights out, and it starts with how he is practicing.”

The second-year cornerback responded with another solid performance Sunday in Cleveland’s 41-24 victory over the Miami Dolphins.

Ward made three tackles, one for a loss, and recorded a pass breakup. He didn’t allow a completion longer than 12 yards in one-on-one coverage, according to the NFL’s official statistics.

“I think I’ve been playing a lot better ball than I was toward the beginning of the season,” Ward said Monday. “I feel that I’m just a much smarter player on the field and I’m able to remember what I watch in the classroom and take it out there on the field.”

Ironically, Ward’s season took an upward turn when he strained his hamstring and missed four games. The Pro Bowl honoree returned to the lineup on Oct. 27 at New England and has all seven of his pass defenses over the past five games.

Though the Ohio State product doesn’t have an interception this season, coach Freddie Kitchens believes it’s only a matter of time.

“Denzel is playing really good right now — and I want more,” Kitchens said. “I think he’s gotten better at competing on every snap. I want him to continue to get his hands on balls. When you start getting your hands on footballs, that starts creating turnovers.”

Ward believes his most important lesson as a rookie was how to improve between games, mentally and physically.

The 5-foot-11, 190-pounder has become a firm believer in “taking care of my body,” which he in turn is teaching to second-round pick and fellow cornerback Greedy Williams.

“Just learning the playbook, how to watch film and how to translate that over to the game,” he said. “It’s what I watch on the team we may have that week or from the scouting of the players that I do.”

Defensive end Olivier Vernon (knee), who has sat out the last three weeks, was listed as day to day by Kitchens. He has three sacks and 23 tackles in eight games.

** Kitchens said it was “too early to say” if tight end David Njoku (wrist) will be activated from injured reserve for the Steelers game, adding the tight end group has played well in his absence.

Quarterback Baker Mayfield, wide receiver Jarvis Landry and linebacker Joe Schobert are among the eight veterans who have volunteered to work one-hour shifts.