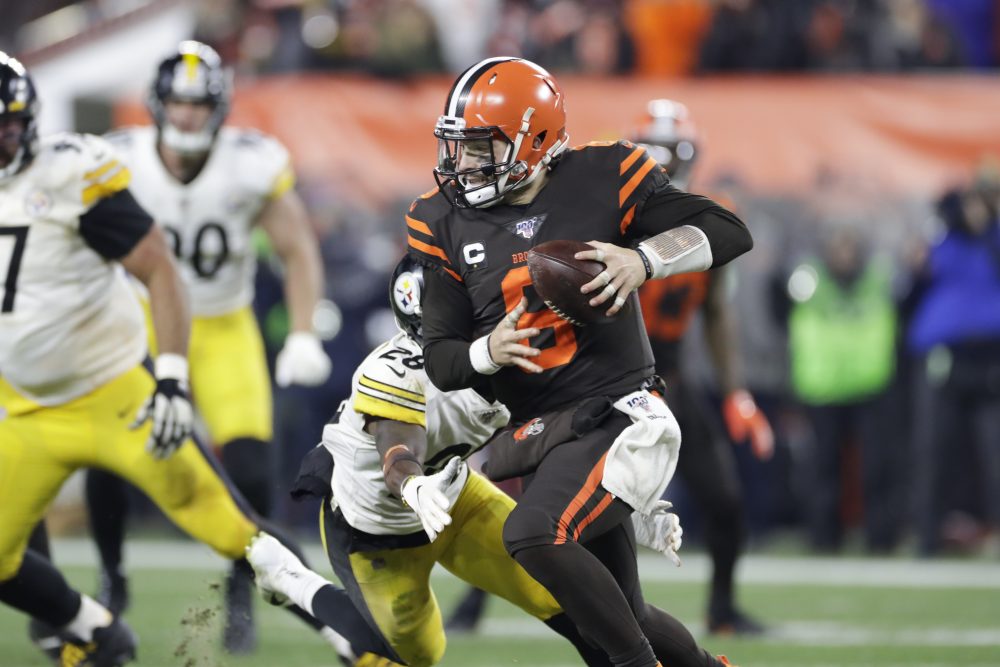 I felt really good about the Browns’ chances to go into Pittsburgh, handle the chaos, control the game and return home with a victory.

Nick Chubb and Kareem Hunt leading the way from the backfield. Baker Mayfield playing mistake-free. The defense making Steelers quarterback Devlin Hodges look like the undrafted rookie he is.

Then the crazy weekend happened.

And doubt crept in.

Free safety Damarious Randall was benched and didn’t travel to Pittsburgh because of a coach’s decision, likely for breaking a team rule during the week.

Left tackle Greg Robinson was ruled out with a concussion.

Oh, yeah, and coach Freddie Kitchens further provoked the Steelers by wearing a “Pittsburgh started it.” T-shirt to the movies Friday night.

Maybe that doesn’t matter. Maybe the Steelers don’t care. Maybe the Browns have such a talent advantage, especially on offense, that any amount of motivation for the Steelers is irrelevant.

But Kitchens shouldn’t have added to the drama, even if it was unintentional.

Of course, that won’t mean as much Sunday as what happens on the field.

If the Browns get an early lead, that will go a long way toward a win.  If they win the turnover battle, they’ll be fine. And if they can rattle Hodges with blitzes, the Steelers won’t stand a chance.

Pittsburgh will throw its best punch, but I think the Browns can handle it. I’m just not as sure as I was Friday afternoon.

THE PICK: I know it hasn’t happened since 1988, but this feels like the year the Browns will sweep the Steelers — as long as Pittsburgh’s defense doesn’t score a touchdown. Browns 20, Steelers 13.