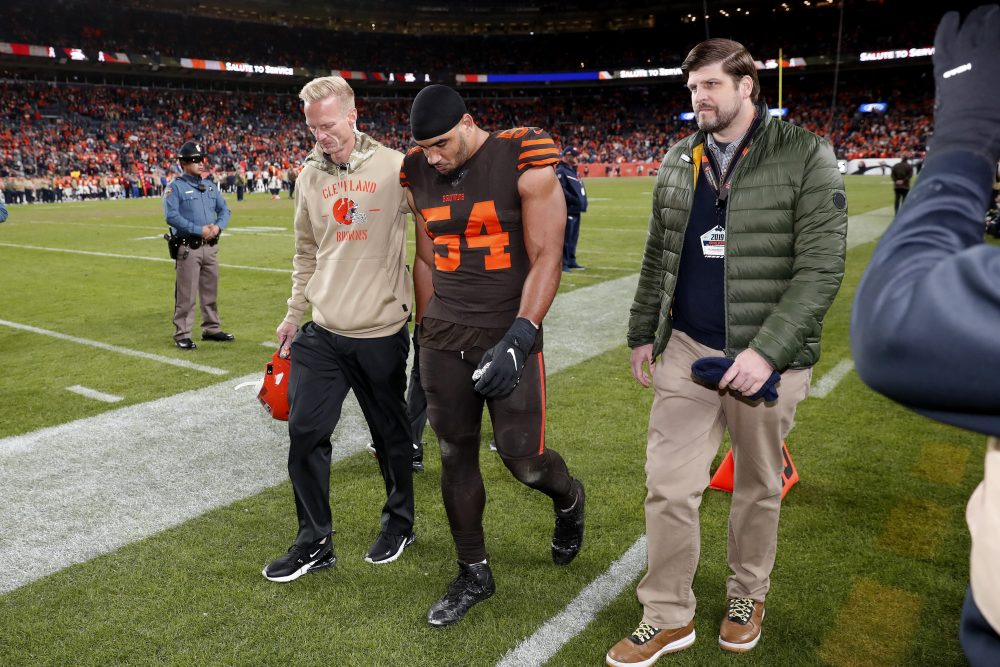 PITTSBURGH — The Browns will get a boost along the defensive line today vs. the Steelers at Heinz Field.

Defensive end Olivier Vernon is active and expected to start after missing three straight games with a knee injury. He returned to practice Wednesday, was limited all three days and listed as questionable on the official injury report.

Vernon’s presence will be welcome with end Myles Garrett suspended for the rest of the season after hitting Steelers quarterback Mason Rudolph over the head with Rudolph’s helmet Nov. 14.

Vernon and Chad Thomas are expected to start at end.

Justin McCray was announced as the expected starter at left tackle in place of Greg Robinson, who was ruled out Saturday with a concussion. McCray started ahead of Robinson against the Patriots on Oct. 27, his first NFL start at the spot.

Rookie fourth-rounder Sheldrick Redwine is expected to start for safety Damarious Randall, who was benched in a coach’s decision and didn’t make the trip.

Redwine will make his first start.

Defensive end Chris Smith was a mild surprise as an inactive. Bryan Cox, who was signed Nov. 13, has moved ahead of Smith in the rotation at end.

Vernon was coming on before the injury sustained at the end of the loss in Denver on Nov. 3. He has three sacks on the season, including one each in his last two games.

The Browns will definitely get back defensive tackle Larry Ogunjobi, who was suspended for one game for knocking Rudolph to the ground during the end-of-game brawl.

Ogunjobi, who didn’t speak to reporters during the week, was the first player on the field Sunday morning after the tarp was removed.

For the Steelers, running back James Conner (shoulder) is inactive. He had been listed as doubtful.

They will also be without No. 1 receiver JuJu Smith-Schuster (knee) and cornerback Artie Burns (knee).