Mailbag: What’s the key matchup in rematch with Steelers? Was Freddie Kitchens’ T-shirt choice a bad idea? Who are top jersey recommendations for Christmas? 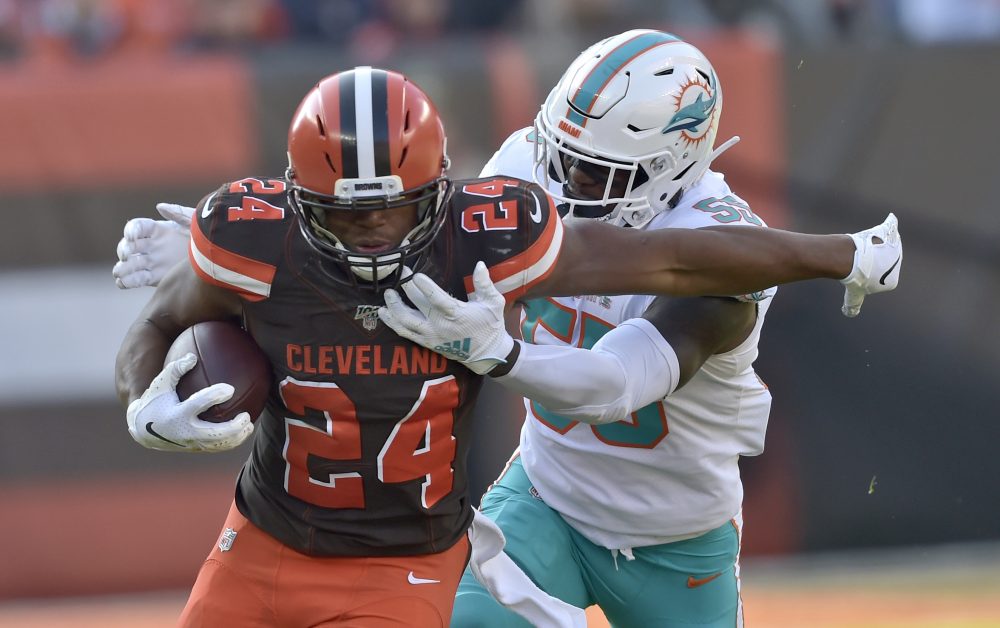 Q: Is the key matchup today Steelers outside linebackers Bud Dupree and T.J. Watt versus the Browns tackles? I feel that if the Browns win that battle they will dominate the game.

A: I completely agree.

I don’t think the Browns will lose if they win the turnover battle. And the turnover I’d be most concerned about is a strip-sack of Baker Mayfield when right tackle Chris Hubbard or left tackle Justin McCray gets beat off the edge. I thought Hubbard was OK against Watt in the first matchup but will need to be better in noisy Heinz Field. McCray is a downgrade from Greg Robinson, who’s out with a concussion, so the coaching staff should give him help. That puts more pressure on Hubbard in a one-on-one matchup, but that’s the choice I’d make.

Q:
Am I making too much of the fact that coach Freddie Kitchens wearing that T-shirt bothers me, in the sense of sending a mixed message? He preached having “laser” focus on the game, ignoring distractions, then wears that shirt. Am I just old? Thanks!

A: Well, I don’t know how old you are but I’m going to say that’s not the reason for your feelings.

I don’t understand Kitchens’ decision to wear the “Pittsburgh started it.” T-shirt in public Friday night. You’re exactly right about the mixed message being sent, and there was simply no reason to provoke the Steelers. In today’s NFL coaches are like CEOs, and that wasn’t a CEO move.

Q: The holidays are here and I want to get my grandsons Browns jerseys. Being an “old school” kind of guy I want to have them wear the number of someone that not only is a good player, but is a great person. Based upon what you have seen and what you know, what Browns players fit that role?

A: I appreciate the sentiment and will offer a number of choices, but I must say that I never feel 100 percent comfortable offering a character assessment of players or coaches. While I talk to them often and am around them all the time, there is a personal side that I never see.

But I feel as comfortable as I can in saying these players fit both your criteria: Nick Chubb, Joel Bitonio, Denzel Ward, Larry Ogunjobi and Joe Schobert.

Q: Given all that has happened this year, what will it take to rehabilitate the franchise’s reputation nationally?

A: Winning is the easiest and fastest way. That won’t cure all the organization’s problems or the history of dysfunction, but the stories tend to be positive when a team’s having success on the field.

The more difficult but lasting method is a long period of good decisions and continuity. When that strong culture has been established, negative incidents are looked at through a different prism. The Browns-Steelers brawl is the perfect example. Myles Garrett’s actions were viewed as another in a long list of the Browns being out of control, while the behavior of Mason Rudolph and Maurkice Pouncey was largely dismissed because the Steelers have been one of the NFL’s model franchises.

Mailbag: Where does all the fine money go? Why is kicking into the Dawg Pound so tough? Have special teams been better than offense and defense?
Mailbag: Can the O-line be improved in the offseason? Was Odell Beckham Jr. asked directly about returning next year? Is David Njoku ready to contribute?