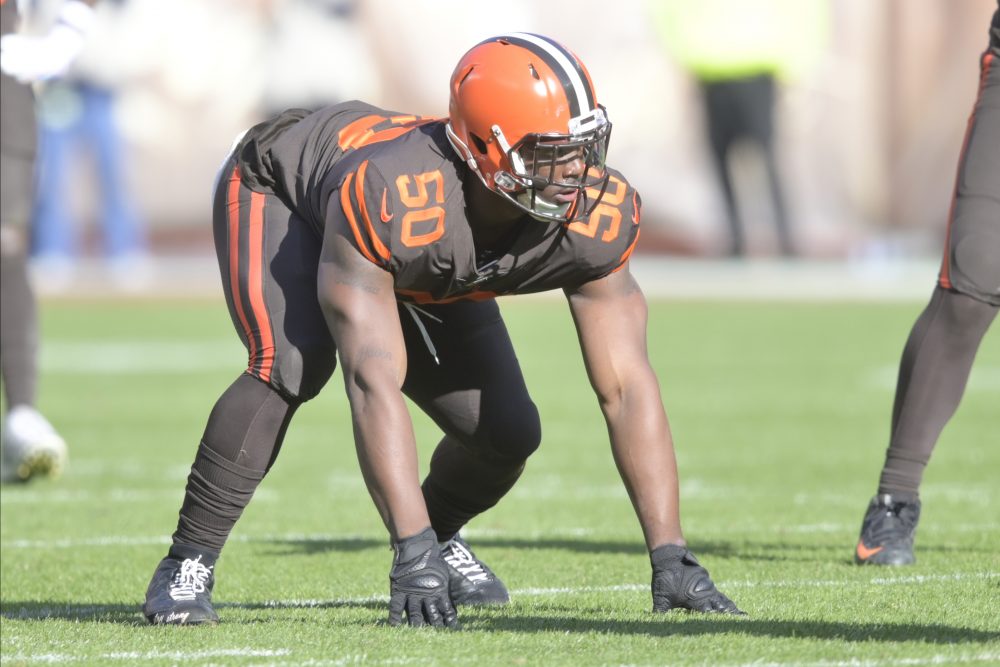 The NFL can be a cruel business.

Defensive end Chris Smith was released by the Browns on Tuesday morning, clearing a roster spot for defensive tackle Justin Zimmer, who was signed off the Falcons practice squad.

Smith, a six-year veteran, had spent the last two years with the Browns. He was a healthy scratch Sunday for the 20-13 loss to the Steelers and had been passed in the rotation at end by recent additions Porter Gustin and Bryan Cox.

Smith was a key contributor off the bench last season, but his playing time had dwindled this year after a horrific tragedy early in the season.


His girlfriend, Petara Cordero, was killed in a traffic accident in the early morning of Sept. 11. She was standing on the shoulder of I-90 West after a tire blew out on Smith’s car when she was struck by another vehicle.

Smith wasn’t hurt in the accident and played 26 snaps five days later in a win over the Jets. He was active but didn’t play the following week and was a healthy inactive Oct. 27 against New England.

He played nine games with a tackle and a pass defensed.

Smith signed with the Browns as a free agent in March 2018 and played in all 16 games last season. He previously played for the Jaguars and Bengals.

He was a locker room favorite of teammates and reporters. He’s got a huge smile and flashes it often.

He told The Chronicle-Telegram recently he had gotten used to the “new norm” of his personal life, including taking care of his baby daughter.

“I’m a spiritual person, well, I’ve got spiritual strength, that’s how I got through the situation,” Smith said. “I still think about it every day, I’m used to the new norm now.”

He was also prepared for anything that could happen regarding his career.

“I’ve been cut, traded for a pack of Skittles in this league, everything,” he said. “Too much doesn’t really faze me.”

Zimmer (6-foot-3, 300 pounds) is a second-year player out of Ferris State and had spent all season on Atlanta’s practice squad. He was undrafted in 2016, played in the Canadian Football League and had been with the Falcons since 2018. He’ll wear No. 99.

The defensive line has been in flux since end Myles Garrett was suspended for the rest of the season following the brawl with the Steelers on Nov. 14. Tackle Larry Ogunjobi was suspended for a game, and Devaroe Lawrence was cut last week.

Porter, Cox and Eli Ankou have been added since Oct. 22 and become key members of the rotation.

The Browns also signed defensive end Trevon Young (6-4, 258) to the practice squad Tuesday. He was drafted by the Rams in the sixth round in 2018 out of Louisville and played two games as a rookie.

Safety A.J. Howard was released from the practice squad. He was added Nov. 20.