Damarious Randall dismisses rumor he wouldn’t practice in cold, was “definitely surprised” by benching, ready to move onto Cincinnati 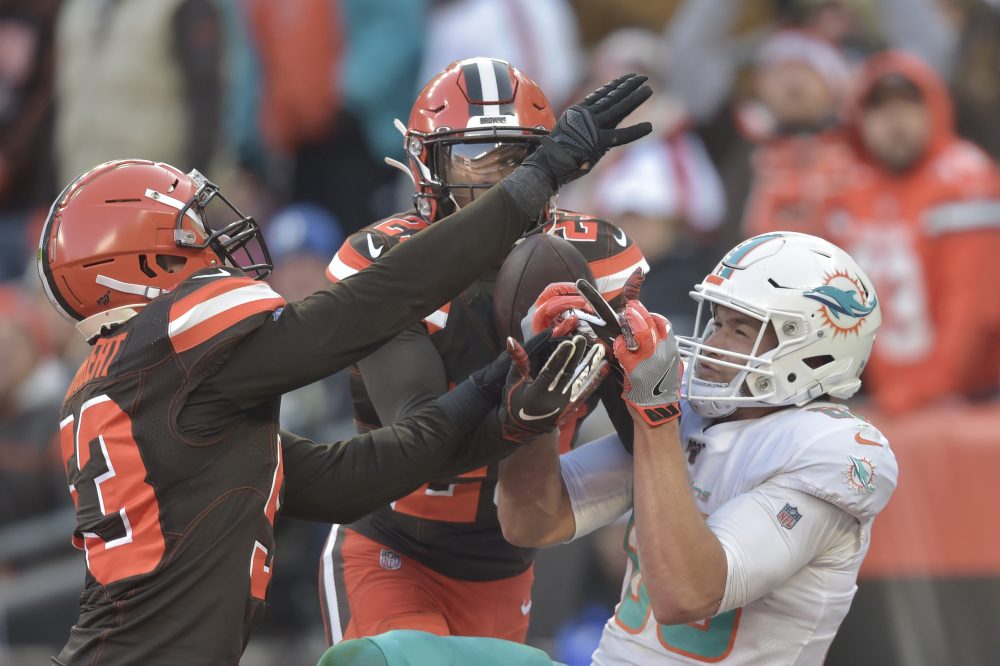 BEREA — Free safety Damarious Randall wants to leave last week in the past.

He was “definitely surprised” by his benching for the crushing 20-13 loss to the Steelers but referred to it as “some internal issues,” adding “everything is resolved” and the team had moved on to this week’s game against the Bengals.

But when pressed about rumors he was disciplined because he didn’t want to practice in the cold during Thanksgiving week, Randall attempted to discredit them.

“I played in Green Bay. What type of report is I didn’t want to go out in the cold?” he said. “Y’all are crazy.”


ESPN reported he skipped a practice last week, and coach Freddie Kitchens and Randall wouldn’t confirm or deny his attendance.

“We handled things internally,” Randall said. “Y’all can get what y’all want out of that. It is what it is at this point. Kept pushing, onto Cincinnati.”

Randall, who’s started all seven games he’s played his year, is expected to regain his role with the first-team defense Sunday against the Bengals at FirstEnergy Stadium.

“I trust Damarious is going to go out and prepare and play,” said Kitchens, who benched him. “Everything’s the same. I have no problems with Damarious.”

“Definitely, it was never about trust,” he said. “It is in the past and things happen, but just keep pushing.”

Scott Petrak’s latest podcast: Breaking down loss to Steelers and looking at where Kitchens, Baker Mayfield and season stand with four games left

“New week. We’ll see what it brings and definitely looking forward to getting him back there,” he said. “And if all goes well, definitely needed piece.”

Randall, 27, was acquired in a March 2018 trade that sent quarterback DeShone Kizer to the Packers. He’s in the final year of his rookie contract and seemed to be in line for a huge deal, whether an extension with the Browns (5-7) or as a free agent.

He was asked if the events of last week changed his future with the organization.

Does he think he’ll be back next season?

“Like I said in August, I don’t know,” he said. “The contract situation, it is what it is and I’m just going to keep putting my best foot forward and trying to do what I can to help this team win games.”

The front office may have changed its opinion after what transpired last week.

“I don’t know,” Randall said. “Maybe you should ask them.”

Randall wasn’t allowed to make the trip to Pittsburgh and said it “felt awkward” to watch from afar. The Browns gave up 20 straight points after taking a 10-0 lead midway through the second quarter, as the secondary was victimized by deep completions from undrafted rookie quarterback Devlin Hodges to receiver James Washington.

“I definitely would have made a difference in the game,” Randall said.

Carrie, who gave up a 30-yard touchdown catch to Washington, said it was a jolt finding out the defense would be without Randall for the biggest game of the year.

“We lose a brother that we felt like definitely could help us in the game and definitely brings a certain type of leadership capability and playmake ability,” he said. “It’s definitely difficult when you practice all week and then you find out he’s not going. Definitely makes us have to think and put it in our minds that, ‘OK, we’ve got to step up even more.’ And I think that’s something that we struggled with, we didn’t do that this past week and it really affected us.”
Randall, who said he found out Friday he would be benched, wouldn’t answer when asked if the punishment was fair.

“I’m not gonna get into details about it,” he said. “We’ve just kind of moved on from it.”

“Coach Kitchens is the head coach. Decisions that he makes, to us, it’s always for the best of the team,” Carrie said. “We don’t really know the circumstances of his mind frame or his thinking.”

Carrie said not having Randall limited the schemes and personnel packages coordinator Steve Wilks could use against the Steelers.

“Losing that game is definitely a blow to us and I feel like at this point of the season, you need all the guys as possible,” Carrie said. “You need all your A-game players out there.”