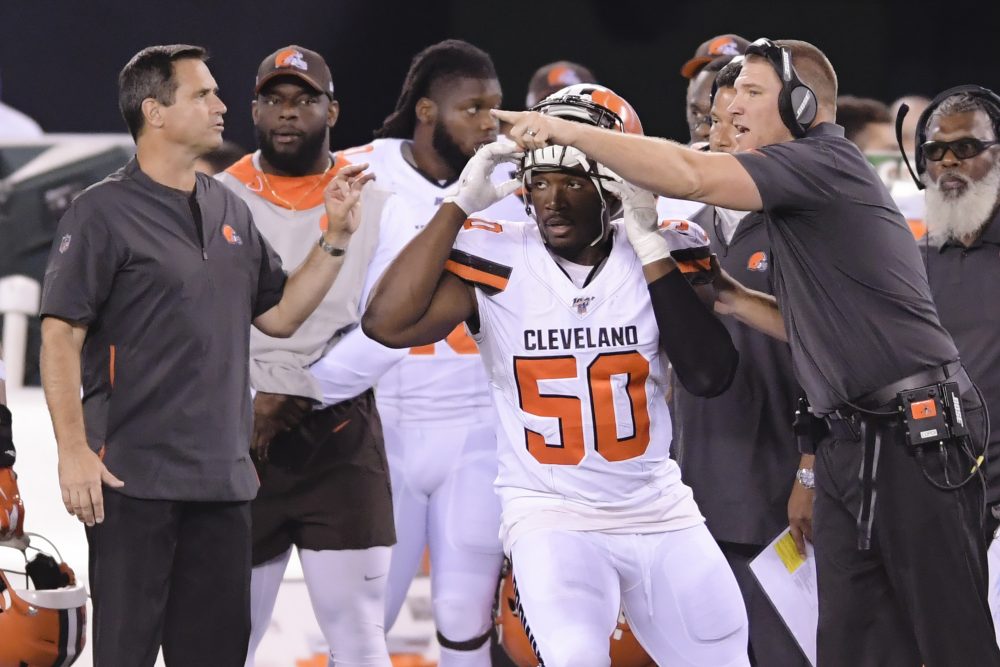 “A brother that we bled with, sweat with, spent time with, invested in, definitely created more than just a football relationship,” nickelback TJ Carrie said Wednesday. “Just what he’s been through and how we’ve tried to support him through the process. It’s definitely hard to see a guy like that let go.”

Smith, a six-year veteran, had spent the last two years with the Browns. He was a healthy scratch Sunday for the 20-13 loss to the Steelers, had just a tackle and a pass defensed in nine games and had fallen down the depth chart.

Not only is Smith, 27, a locker room favorite, he went through a horrific tragedy early in the season.

His girlfriend, Petara Cordero, was killed in a traffic accident in the early morning of Sept. 11. She was standing on the shoulder of I-90 West after a tire blew out on Smith’s car when she was struck by another vehicle.

Cordero, 26, and Smith had a baby girl, Haven Harris Smith, in August.

“It’s always difficult to cut someone. In this instance, it was even more difficult,” coach Freddie Kitchens said. “Our football relationship with Chris ended. From my standpoint, his teammates and this organization will always be there to support Chris.”

Smith wasn’t hurt in the accident and played 26 snaps five days later in a win over the Jets. His playing time dwindled after that.

“All of us have tried to consistently support him through the struggle of what he’s had to go through,” Carrie said. “So definitely it hits a lot closer to home to see him go, and we definitely want to continue to keep in contact with him through this process and make sure his head’s OK. It’s a lot to take in, it’s a lot that he’s going through and him not being with us no more is definitely another blow.”

Smith’s salary for the season was $2.75 million. His lack of productivity and the need for more bodies on the defensive line led to his release.

The Browns used the roster spot to sign defensive tackle Justin Zimmer off Atlanta’s practice squad. General manager John Dorsey has been forced to shuffle the line recently, especially with end Myles Garrett suspended for the rest of the season.

“When Myles is on the field it’s always easier to keep people because you know Myles is going to play 90 percent of the plays,” Kitchens said.