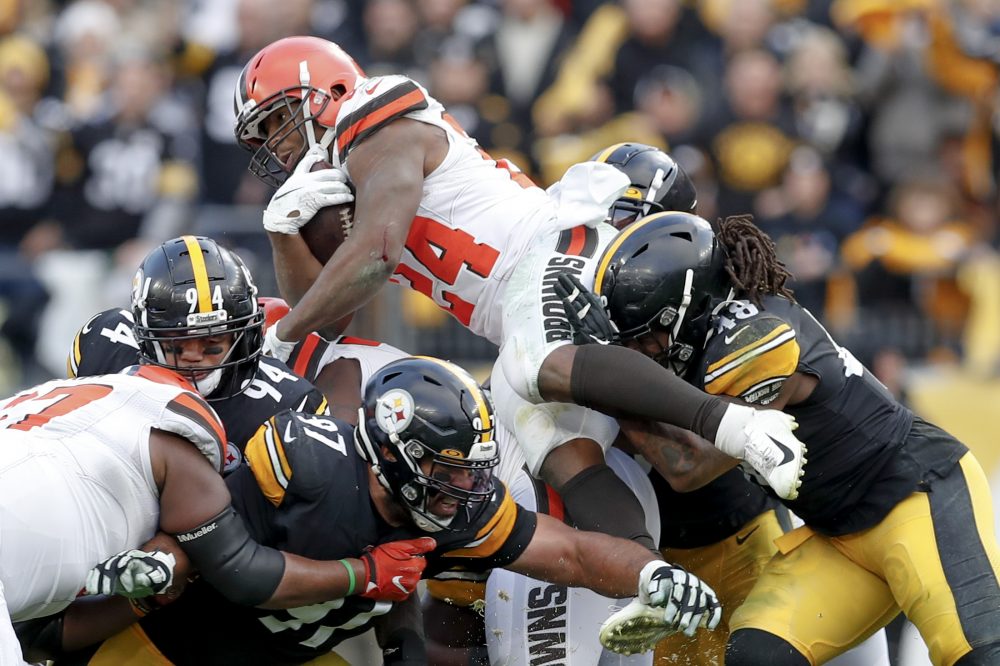 I think it’s a good thing for the Browns that the Bengals beat the Jets last week. Cincinnati is no longer motivated to avoid an 0-16 season, and it would’ve been natural to experience a letdown this week. Then again, the long-awaited win might’ve relaxed and energized the Bengals.

They’ve been playing good defense — one touchdown allowed in the last 10 quarters — and can be dangerous on offense with a carefree Andy Dalton at quarterback, Tyler Body and John Ross at receiver and Tyler Eifert and C.J. Uzomah at tight end.

The Browns are again much more talented than their opponent, but the question will be how they handled the crushing loss to Pittsburgh. They showed resilience by winning three straight after the 2-6 start, including blowing out the Dolphins in the aftermath of the brawl vs. the Steelers.

This will be another test.

I think they pass. And score. And give up points.

THE PICK: This has the potential for an ugly upset, but I’m predicting a satisfying slugfest for the home team. Browns 41, Bengals 31.