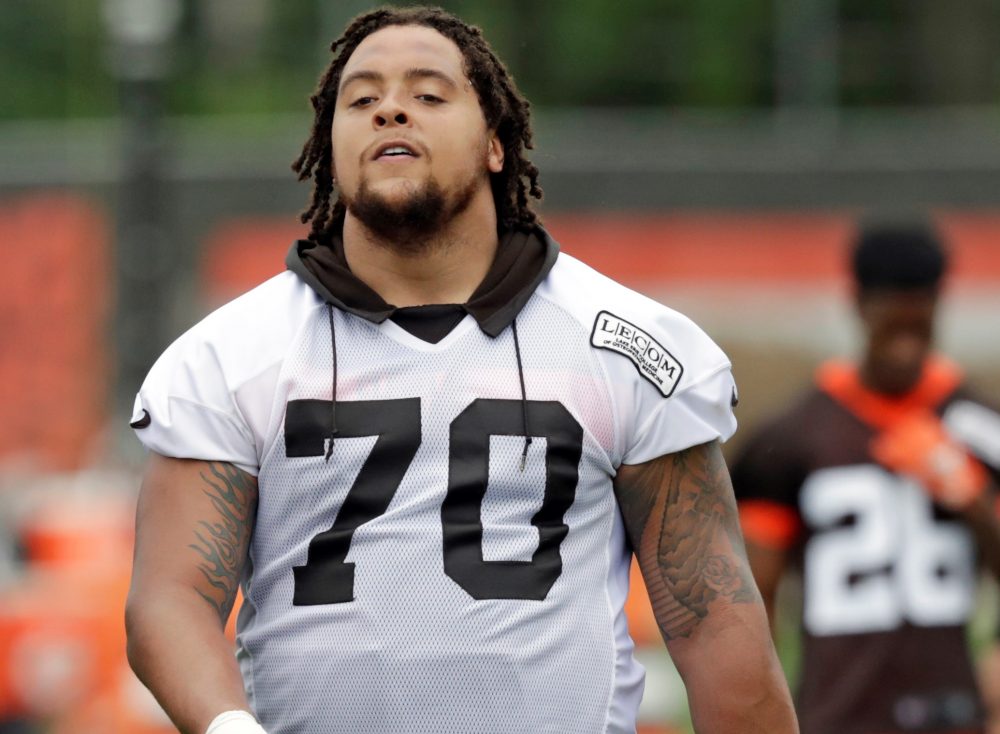 CLEVELAND — Kendall Lamm will make his first start with the Browns today and be charged with blocking Bengals defensive end Carlos Dunlap.

Right tackle Chris Hubbard is inactive after suffering a knee injury last week in the 20-13 loss at Pittsburgh. Hubbard was limited in practice during the week and listed as questionable on the injury report.

The Browns will also be without defensive end Olivier Vernon (knee) and tight end Demetrius Harris (shoulder), who are inactive.

Lamm started 13 games at right tackle last season for the Houston Texans, then signed with the Browns as a free agent in the offseason. He came off the bench in Week 1 this year but quickly suffered a knee injury and was inactive for 10 games before returning last week to play on special teams.

Dunlap, a two-time Pro Bowler, has been slowed by injury this year but had three sacks last week in a 22-6 win over the Jets, the Bengals’ first of the season after 11 losses.

Hubbard missed Week 3 with a foot injury but has started 10 games. He finished the game against the Steelers, but the pain increased Monday.

Vernon returned last week after missing three games with a knee injury but was limited to 10 snaps and didn’t look like himself. He was limited Wednesday and Thursday in practice then didn’t practice Friday. He was listed as questionable.

Harris was also questionable after being limited all week. He was hurt when he came down hard on the right shoulder against the Steelers trying to make a catch in the end zone. The ball popped loose when he hit the ground.

David Njoku, who was activated from injured reserve Saturday, is expected to start for Harris. Njoku has missed the last 10 games after his right wrist broke in a scary fall Week 2 against the Jets.

For the Bengals, receiver A.J. Green (ankle) and defensive end Sam Hubbard (knee) are inactive. Brandon Wilson, the NFL’s leading kickoff returner, was placed on IR on Friday with a broken hand.