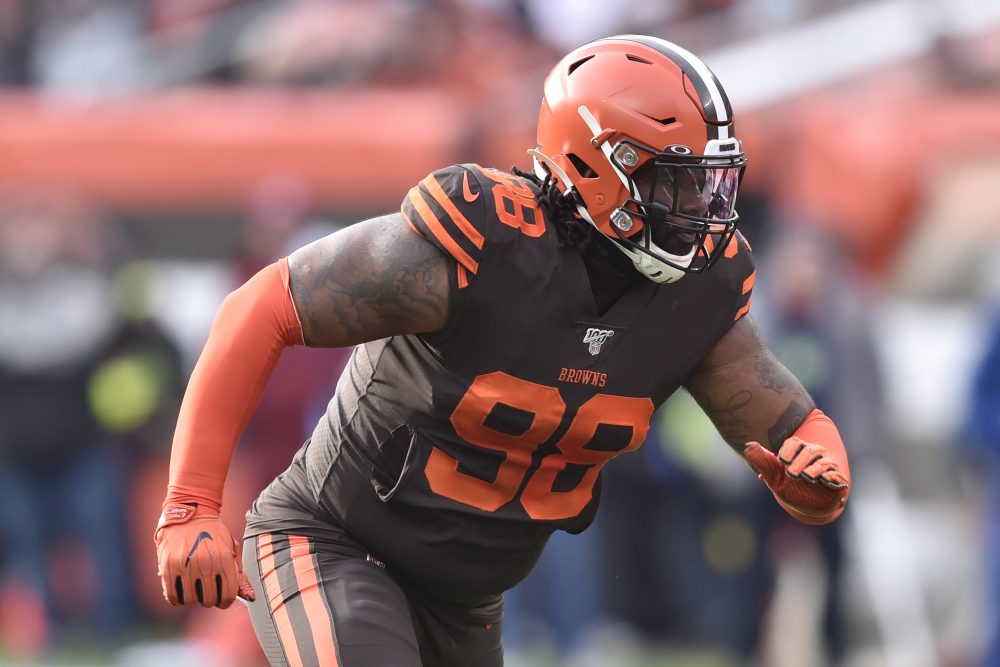 Life isn’t getting any easier.

The Browns are 2-1 since Garrett was suspended for the rest of the season for conking Steelers quarterback Mason Rudolph on the head with Rudolph’s helmet — they needed to be 3-0 to have a legitimate chance to make the playoffs but lost in the rematch in Pittsburgh — and haven’t come close to generating the same pass rush without the defense’s best player.

The Browns have seven sacks since Garrett was banned — they had 30 in 10 games with him — and the pocket has become a safe space for opposing quarterbacks. Miami’s Ryan Fitzpatrick, Pittsburgh’s Devlin Hodges and Cincinnati’s Andy Dalton had time to survey the field and attack Cleveland’s cornerbacks.


According to Pro Football Focus, the Browns had a 78.6 pass rush grade with Garrett, ranking fifth in the NFL. They’ve dropped to 59.3 since the suspension, 25th in the league.

“Of course, you lose a lot when you lose Myles,” coordinator Steve Wilks said. “I think those guys are trying to pick up the slack there. Can you get more? Do we need more? Of course, but I think that those guys are doing a pretty good job in giving us a chance to be successful.”

The reconfigured line will face its greatest challenge Sunday in Arizona against rookie quarterback Kyler Murray. The No. 1 pick is a dangerous running threat, leading the Cardinals with 448 rushing yards, and the ends are responsible for keeping him from getting outside.

“We have to do a great job of really trying to keep him in the pocket and try to contain him,” Wilks said. “Not a lot of teams have been able to do that this year. It is going to be a difficult task on our part.”

Making things even tougher is a knee injury that continues to limit veteran Olivier Vernon, the other starting end. He’s missed four of the last five games, returning for 10 snaps Dec. 1 against Pittsburgh but not looking like himself. He’s questionable for Sunday.

Chad Thomas has been solid at one end with four sacks, including three over his five starts since Vernon got hurt. Tackle Sheldon Richardson has picked up time at end, and new acquisitions Bryan Cox and Porter Gustin have joined the rotation.

They just don’t have the same impact as Garrett, the No. 1 pick in the 2017 draft who still ranks tied for ninth in the NFL with 10 sacks.

“I knew we weren’t going to be back there every play,” Richardson said. “It’s new guys up. We brought in new people. They came in and presented us a nice little pass rush, too. We just have to keep that going and get more stops in the run.”

Garrett is a freak rushing off the edge, a special combination of size, power, speed and flexibility. Opponents designed game plans to account for him.

“He is tremendous. Watching the film, he is as good as anybody we have gone against, and we have gone against some of the best in the league this year,” Cardinals coach Kliff Kingsbury said on a conference call. “He is phenomenal at what he does. Anytime you lose one of the best players in the league, it is going to affect your defense. Those guys, they still found a way to make a lot of plays and win games on defense. We have our hands full with that defensive line.”

Garrett is no longer around to draw chips and double teams, but Wilks said the Browns are still seeing a lot of six- and seven-man protections. While that means fewer receivers running routes, it’s also given the quarterbacks more time to find them.

Wilks’ game plan was always blitz-heavy, as the Browns blitzed 36.8 percent of the time before Garrett was suspended, ranking fifth, per PFF. He’s upped the pressure without Garrett, ranking third at 40.4 percent.

Cox, the son of a former NFL linebacker with the same name, has been one of the players in the pile. He was signed Nov. 13 after he had been waived by the Panthers and has four tackles and a half-sack. He started his high school career at Avon while his dad was an assistant coach for the Browns in 2009-10.

“Bryan plays with, No. 1, a tremendous motor, extreme effort,” Wilks said. “He is a guy that is going to give you an opportunity and chance to make plays out there just because he plays so hard.

“He plays within the system. He does a lot of good things, and he is being disciplined and trying to do his job. Along with him and Porter Gustin, I think we are getting some good play out of those two right now.”

Richardson (6-foot-3, 294 pounds) is 24 pounds heavier than Cox and 37 heavier than Gustin (one sack) but has enjoyed spending more time at end. He played outside before being moved to tackle at the University of Missouri.

He needs to mix in discipline in what he knows will be a difficult matchup trying to contain the speedy Murray.

“Not as mobile as some guys y’all know playing end for us,” Richardson said of himself. “Definitely know how to contain guys with speed quarterbacking. It’s not our first week playing a mobile quarterback. Just got to make sure we get to him and bring him down.”

Nick Chubb in position to win NFL rushing title, but his focus remains on wins
Baker Mayfield, Kyler Murray have changed how NFL evaluates undersized QBs, will battle for bragging rights in Arizona