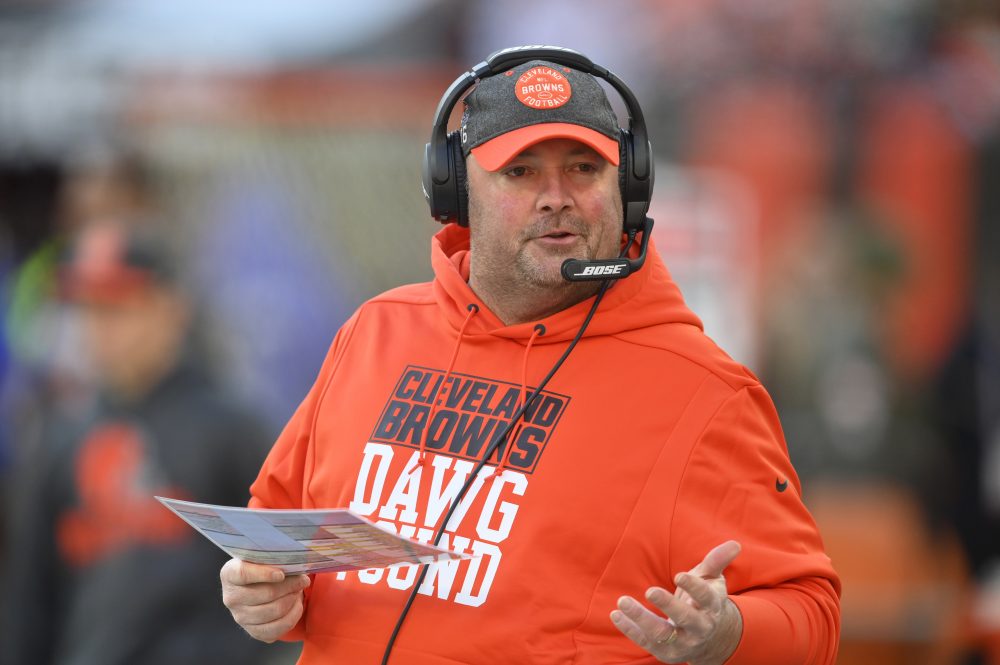 “That’s their decision,” said Freddie Kitchens. “I can’t control that.”

Actually, Kitchens can. But because he hasn’t, his tenure as the man in charge of the NFL’s most underachieving team appears more tenuous than ever.

The season that couldn’t start fast enough can’t end soon enough. It will, however, mercifully lurch to a meaningless conclusion next week, with an empty exercise in Cincinnati between the hapless Bengals and the feckless Browns.

It seems safe to presume that whatever happens in Cincinnati, it won’t, and shouldn’t, have much of an impact on the biggest decision awaiting general manager John Dorsey and owners Jimmy and Dee Haslam: the future of Freddie Kitchens. Will he become still another one-and-done Browns coach? Or does he get a second chance?

A 31-15 loss to Baltimore on Sunday in the home finale won’t help Kitchens’ case. With the win, the Ravens clinched home field in the playoffs. With the loss, the Browns clinched even more offseason theatrics than in-season drama.

Cleveland crumbles at end of 1st half with questionable decisions by Kitchens, poor defense

The loss had all the usual trappings found in most Browns viewings: head-scratching strategy, sideline tantrums, random pockets of chaos and still another overall appearance of what football executives fear most when they hire a rookie head coach, which is:

Games in which the team looks uncoached, disorganized and poorly prepared. Yes, the Browns played harder than they did the previous week in their embarrassingly apathetic field trip to Arizona. But not enough to get anyone thinking this thing is suddenly headed in the right direction. We, or at least Browns officials, should already have enough information to determine whether or not they want to sign up for Freddie, Part II next year. Nothing that happens in Cincinnati should change the decision landscape.

Sunday, the hijinks started almost immediately. Halfway through the first quarter Odell Beckham Jr. caught a pass near the Baltimore sideline. As he was run out of bounds, Beckham put his hand to his chin and derisively wiggled his fingers at the Baltimore bench.

Beckham, who was flagged for taunting, should have been flagged for silliness. Again. It’s the numerous paper cuts such as these that reflect poorly on Kitchens’ lack of control over his team. He can’t be blamed for Beckham’s childish gesture, but Kitchens can be blamed for the existence of a team culture, or lack of it, that produced it.

Indeed, it’s Kitchens’ capacity for leadership and earning the respect of his players that seems to be his biggest shortcomings. That’s without even getting into his strategic skills.

So let’s get into his strategic skills.

With just over two minutes left in the half, and with the Browns leading 6-0, they had the ball third-and-1 at their 28-yard line. Kitchens inexplicably — he seems to have a habit of outthinking himself — called for what became a gruesome attempt at a halfback pass by Kareem Hunt that lost 8 yards.

“I should not have called it,” said Kitchens, who added, rather incredibly, that had Hunt’s pass been merely incomplete, he intended to go for it on fourth down.

So in reality, Hunt losing 8 yards may have saved Kitchens from himself.

“It was one of those,” said Baker Mayfield, who too often this year has been asked to explain some of his boss’s bizarre play calls, “where since it didn’t work everybody is mad, and if it worked, we are pure geniuses.”

Well, let’s not get carried away.

There were other mad-professor Kitchens moments. For example, with 1:18 left in the half, the Browns had the ball at their 25, trailing 7-6. Kitchens could have called two or three running plays and run out the clock, since the Ravens were out of timeouts.

Instead, Kitchens called for three consecutive passes. All three were incomplete, conveniently stopping the clock for the grateful Ravens who, following a Browns punt, needed just 46 seconds to barrel 75 yards in seven plays for another touchdown.

“We were trying to get the clock started, ran a couple of short passes that got batted down,” said Kitchens, haltingly. “The clock never got started, so it is second-guessed once it happens.”

Strategy isn’t even his biggest weakness. Leadership and creating a culture of discipline and accountability is.

Maybe giving a team with soaring expectations to this rookie head coach was asking too much. How the Browns play and how their games look suggest that might be the case.

The season is essentially over.

The Kitchens Decision is just getting started.