Mailbag: Will Freddie Kitchens finally commit to run game vs. Ravens? Will Haslams have courage to fire Kitchens after 1 year? Is Mike McCarthy the next coach? 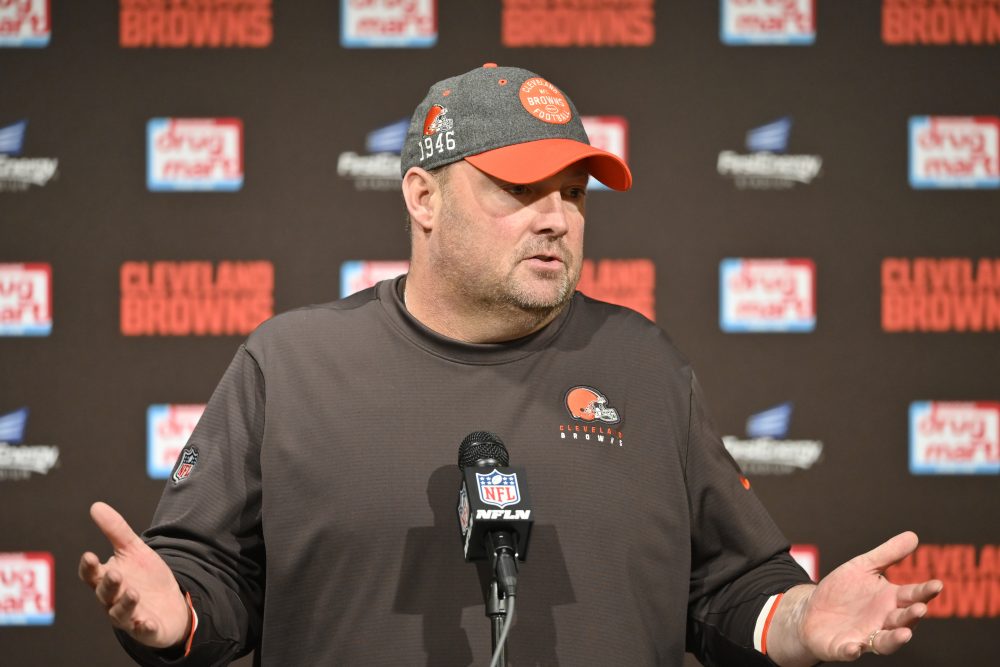 Q: To keep the ball away from Lamar Jackson, will Freddie Kitchens finally commit to the run game?

A: That’s the million-dollar question. I do think Kitchens understands the need to possess the ball for as much time as possible and limit Jackson’s opportunities. I also think Kitchens knows running the ball is the best way to do that.

Having said that, don’t be surprised if Baker Mayfield comes out throwing. I don’t think it’s a coincidence that, regardless of opponent, Kitchens has thrown early before turning to the run. I think he feels this is the best way to start fast and get a lead before feeding Chubb.

Q:
Will general manager John Dorsey and the Haslams have the courage to admit they made a mistake pairing an inexperienced head coach with the most talented roster we’ve had in decades and let Freddie Kitchens go??

A: Another million-dollar question.

I see the Ravens game today as having a huge impact on the decision — whether or not it should. Heading into the matchup, I’m leaning toward the Haslams and Dorsey firing Kitchens, but just barely, 55 percent-45 percent.

I have no doubt they realize the multitude of mistakes made by Kitchens. I’m also certain they don’t want to fire another coach after one season. I’m not sure which feeling will win out.

Q: In light of the disappointing 2019 season, what can the Browns do to spearhead positive momentum toward the 2020 season?

A: A sweep of the Ravens would be huge. That coupled with a Week 17 win over the Bengals in Cincinnati would give the Browns a franchise-best 5-1 record in the AFC North. They would also finish with five straight home wins.

Besides victories, the most positive development would be two strong performances from Baker Mayfield and the offense. Besides the record, Mayfield’s regression and the lack of explosion from an offense with Odell Beckham Jr., Jarvis Landry, Nick Chubb and Kareem Hunt is mindboggling. Fans would have a reason to be excited for the offseason if the offense started to reach its potential as the seasons concludes.

Q: True or False. Browns head coach in waiting is working in a barn, has already assembled most of his staff and is waiting for the Green Bay Connection line to ring as John Dorsey fixes a big mistake?

Mike McCarthy makes all the sense in the world, given his Packers ties to Dorsey and much of the front office. He also has a Super Bowl ring and built-in respect factor. But I never got the sense last year that he was a serious candidate, and I’m not sure that’s changed a year later. But I could see a scenario in which the huge disappointment of this season makes Dorsey re-examine McCarthy and see if they can come to an agreement to reunite in Cleveland.

Q: Watching the Rams game Saturday night and the last couple of weeks I see Austin Corbett on the field. Looking at their depth chart, he is listed as their starting left guard. Our offensive line is weak and he wasn’t even close to making the starting lineup. Is the Rams line that bad or are we that bad of a judge of talent?

A: I think it could be a combination of both, but I place more of it on the Rams line being that bad. At midseason they tried to overhaul it, and that included trading a fifth-round pick in 2021 for Corbett. According to a report, the Rams initially inquired about left guard Joel Bitonio, were told no and wound up with Corbett.

General manager John Dorsey has certainly struggled in his construction of the offensive line, including drafting Corbett with the 33rd pick of the 2018 draft. But the fact he took Corbett so high gave him a ton of incentive to keep him. That Dorsey would part with him after Corbett had barely played — 15 snaps — was a clear sign Dorsey never thought he’d cut it.

Q: Assuming Freddie Kitchens returns in 2020, (I know that’s a huge assumption), what changes to the offensive coaching staff do you see happening?

A: I’m fine with a pregame assumption, no matter how large it is.

In this scenario, the two biggest questions for me are coordinator Todd Monken and quarterbacks coach Ryan Lindley.

Kitchens has retained play-calling duties, a role Monken has had success in and wants again. It always felt like Monken took the job believing the offense would excel and he’d be a hot candidate for a head coaching job elsewhere. I think Monken has a strong offensive mind, but the collaboration with Kitchens hasn’t been a good fit. Kitchens would have two choices after the year: Keep Monken and hand over play calling, or let him seek greener pastures.

As for Lindley, he could be the fall guy for quarterback Baker Mayfield’s regression in Year 2. Mayfield’s accuracy has left him, as he’s repeatedly missed high and wide throughout the season. His completion percentage went from 63.8 percent last year to 60.1 percent this year. His interceptions climbed from 14 to 17, while his touchdowns have dipped from 27 to 17. Lindley and Kitchens are close, but he may feel inclined to make a move.

Mailbag: Will there be a lot of starters leaving in the offseason? Why did John Dorsey neglect left tackle? Can the D-line keep up with Kyler Murray and Lamar Jackson?
Mailbag: Who are potential coaching candidates? How would team respond to disciplinarian? Can Browns keep Nick Chubb and Kareem Hunt?