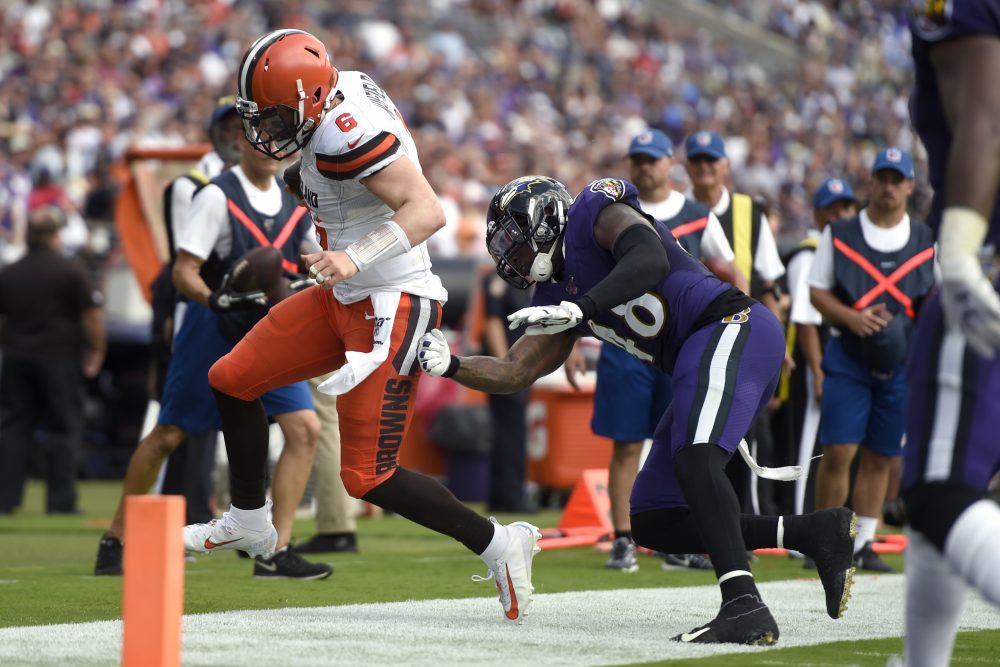 My first thought was the Browns will get run over by Baltimore.

The Ravens have won 10 straight, have the NFL’s best run game and the hottest quarterback in Lamar Jackson.

The Browns can’t stop the run, are the longest of longest shots to make the playoffs and are coming off a terrible effort in a loss to the Cardinals.

On second thought, I think the Browns have a chance to pull the upset. Or at least stay close.

It’s hard to win four in a row in the NFL, let alone 11. And the Ravens have been not only beating teams but blowing them out. They’re due for a letdown — I’m just not sure it’ll come against the team that handed them their last loss in Week 4.

As for the Browns, I believe they’ll put everything into winning this game. The players are clinging to the minuscule playoff hopes, would love to sweep the Ravens and say goodbye to the home crowd with a fifth straight win.

The Browns aren’t going to be able to shut down Jackson and the high-powered Ravens offense. Their best hope is to get at least two takeaways, slow down the tempo with a strong running game and prevail in a shootout.

THE PICK: This game seems huge in determining the future of coach Freddie Kitchens. As with most things with the Browns, the result is inconclusive. The Browns stay close to the league’s hottest team but can’t pull the upset. Ravens 31, Browns 24.