Ravens 31, Browns 15: The breakdown — thumbs up, thumbs down, the matchups 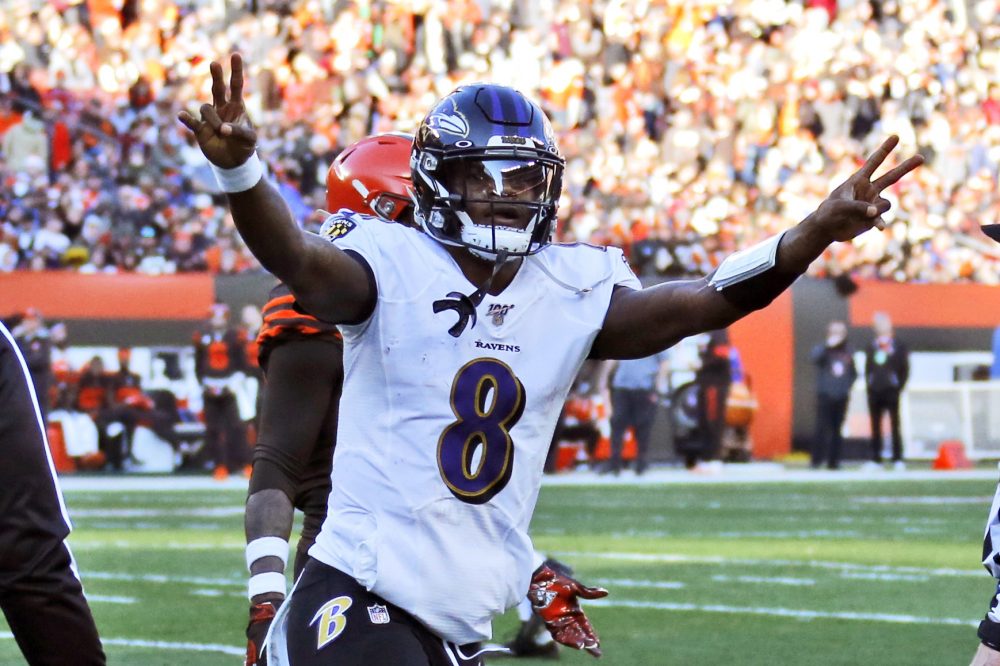 His normal brilliance was on display once again. The soon-to-be NFL MVP was 20-for-31 passing for 238 yards, three touchdowns and a 120.1 passer rating. He rushed 17 times for 103 yards, converting third downs and making defenders look silly in the process.

Jackson showed another impressive attribute: keeping a level head and not getting frustrated after a difficult start. He misfired on a fourth-down pass on the first drive, fumbled on the second to set up Cleveland’s first touchdown and the Ravens punted on their next two possessions. Jackson wasn’t deterred, throwing three straight touchdown passes and leading a string of five consecutive scoring drives.

“We kept kicking ourselves, but on that two-minute drive we knew what we were going to do,” he said. “We knew what play it was. We knew everything that had to be executed right, and we had success. ”

If the Browns didn’t have enough problems, this was a reminder they’ll be facing Jackson twice a year for the foreseeable future.

“They’re having a hell of a year, great offense and great defense, there’s really not much to say,” Browns safety Damarious Randall said. “They’ve got the MVP at quarterback, period.”

The blame doesn’t all fall on Randall, but he was the closest person to the ball on Baltimore’s first two touchdowns that changed the game in the final two minutes of the first half.

Tight end Mark Andrews ran straight down the right seam for a 39-yard touchdown with 1:18 left as Randall was back deep. The problem started at the line of scrimmage, as the Browns had only two defenders to match the three Ravens targets split right, and Andrews was allowed to run free by nickelback TJ Carrie.

“I’m going to have to go watch the film,” Randall said. “I’m really not sure what exactly happened.”

Andrews added a 14-yard touchdown about a minute later. He turned Randall around on a crossing route, then drifted behind him as Jackson bought time against a blitz and spotted him in the end zone. Randall is scheduled to be a free agent after the season and likely won’t be re-signed. After a Pro Bowl-caliber year in 2018, he’s fallen off this season, likely costing him millions of dollars.

After having success with trick plays as the interim offensive coordinator for the second half of last season, Kitchens has come up empty when he reaches deep into his bag of tricks this season. A failed halfback option on third-and-1 late in the second quarter was the latest regrettable example.

The Browns led 6-0 facing third-and-1 with 2:09 left in the half. Kitchens went with an extra lineman in Justin McCray, tight end Ricky Seals-Jones, receiver Odell Beckham and running backs Nick Chubb and Kareem Hunt in the backfield. Baker Mayfield faked an inside handoff to Chubb and pitched to Hunt, who was met immediately by safety Earl Thomas and linebacker Jaylon Ferguson for an 8-yard loss. Hunt was supposed to throw a pass but didn’t have time. It didn’t matter, because Seals-Jones was covered.

To make matters worse, Kitchens said he planned to go for it on fourth-and-1, from Cleveland’s 28-yard line, if Hunt had thrown an incomplete pass. The terrible call started a downward spiral that included the Ravens scoring twice before the end of the half for a 14-6 lead.

“It was going to be a halfback pass and the corner came off the edge,” Kitchens said. “If we would have gotten it off, we would have been all right. A couple of different things happened on that play that should not have happened, but I will just say it was an option pass and I should not have called it. It is one of those plays you try to call and you try to create some momentum.  If it does not happen, you come back and get it on fourth-and-1, and we just lost some yardage.”

Yards gained by the Ravens and the Browns

“Whatever they got going on, that’s what they got. We need to worry about what is going on over here. We don’t care about what’s going on over there. All I can say is they better get it together or people are going to start getting fired.” — Ravens defensive end Jihad Ward, on the frustration on the Browns sideline

Baker Mayfield had his seventh game of the year with fewer than 200 yards passing. Nick Chubb was bottled up for 45 yards on 15 carries. The Browns gained 241 total yards.

Lamar Jackson was shaky early and looked like an MVP late for the Ravens, who rushed for 243 yards.

The Browns couldn’t sustain a strong start and wound up getting gashed. They had no sacks for the second straight game.

The Ravens made it rough on Chubb and kept the Browns from taking a big lead while their offense was struggling early. It wasn’t all good, as they didn’t sack Mayfield and had three huge penalties to extend Cleveland’s first touchdown drive.

Austin Seibert missed the extra point after the first touchdown but rebounded with a 47-yard field goal. KhaDarel Hodge made a huge hit on a kickoff.

The Ravens were solid.

Freddie Kitchens’ play calling and clock management at the end of the first half almost qualify as a fireable offense by itself. At least his team played hard.

John Harbaugh is 20-4 against Cleveland in his career and could be the league’s Coach of the Year.